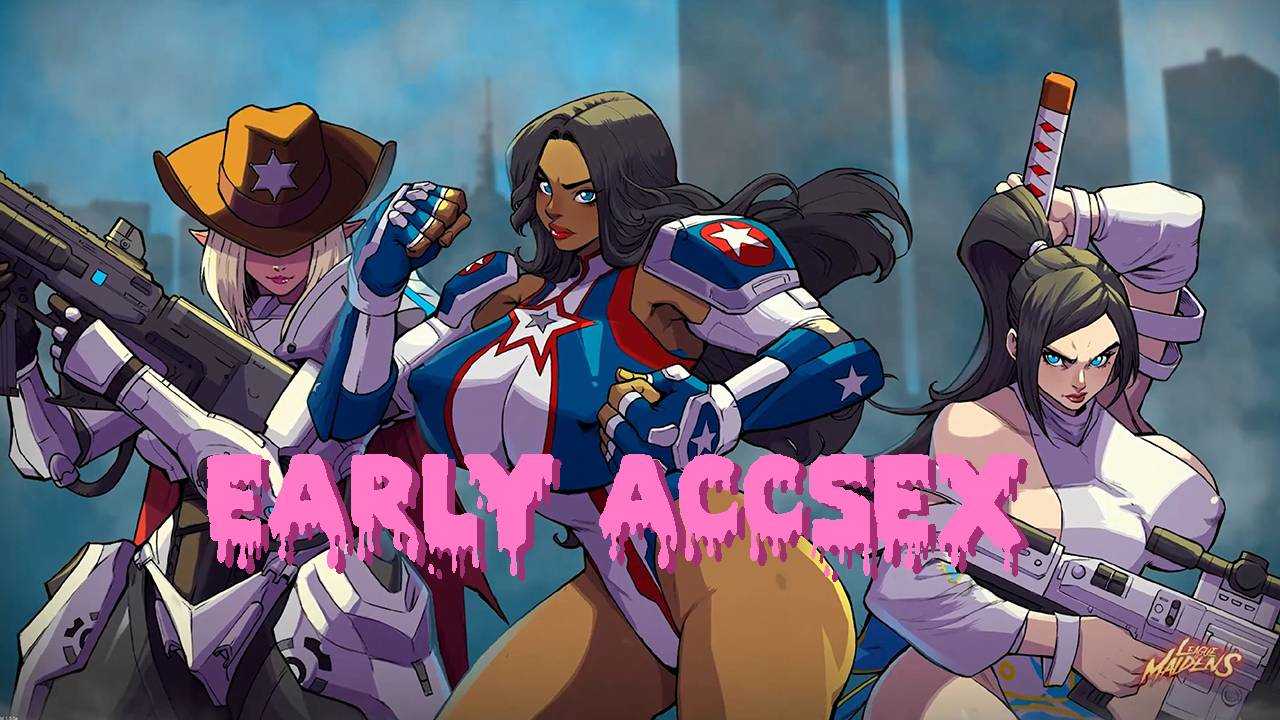 League of Maidens is a free-to-play MMO-like game currently in development by Maiden Gaming Inc. I say MMO-like because while it follows all the characteristics of a typically MMO, it's currently completely single player. There is a splash screen explaining that multiplayer may come down the line with enough community support. Their Patreon doesn't currently list any funding goals though, so take that with a grain of salt.

League of Maidens came to steam in February of 2020. A month that we will all likely remember for the rest of our lives, but not because of this game.

You are a warmaiden! A genetically altered super human capable of amazing feats like checks notes swing big sword and fly. Also giantess mode. Why not? You must save humanity from an evil force that wishes to exterminate all life.

Not-So-Fun-Fact: The League of German Maidens was the name of the female-equivalent of the Hitler Youth during WWII. So maybe not the best name for a videogame? I hope that title wasn't picked for that reason, and that the creators just wanted to cop some of that League of Legends heat.

The game is currently free to install in early access. However the game is severely limited without spending money. You can't even see your character naked without spending a bunch of money to buy the nude "cheats" (I don't know why they call them cheats. Cheats imply a secret part of the game, this is just a normal shop transaction).

Just about every single thing in this game is designed specifically to get you to spend money. You definitely can play without spending, but honestly you aren't gonna have a great time.

Remarkably the combat and world map is fun (though hard to screenshot well). Movement is fluid and there's plenty of enemies to kill, though they do get pretty repetitive. Speaking of repetitive, every dungeon is ~10 floors of the exact same room. Seriously. You walk into an orange glow to go from one floor to the other, and they use the exact same assets. Only the enemies are swapped out. Easy to expect them to fix that in the future, since the game is early access after all, but honestly my experience in games like this is that new things will be added WAY more often than old things will be fixed.

Everywhere you turn there's no escape to requests to buy new clothing, subscribe to premium, etc. I dropped about 30 dollars on this game for the purpose of the review, and all that got me was the "nude cheat" and the "big boobs" cheat. 30 whole dollars. For that. That's more than most full games on steam with big nude boobs.

It's going to take a lot of changes to get me to reinstall this game. I don't have anything against the Early Access Freemium model per-say. I know that game development can take a LOT of money. That's why patreon has been so helpful in the space of lewdgames. But there's only so much you can ask for when presenting an unfinished game. By charging this much for in-game items, you are essentially getting paid to have your game beta-tested for you. This is why I generally shy away from early access games in favor of reviewing completed games. But that well only runs so deep as more and more lewdgames are abandoned at the MFP (Minimum Fappable Product).

I hope that League of Maidens continues development because it honestly has the bones of a good game there, but it's buried under piles and piles of cash grabs that really sour my outlook.

If you're working on a game and would like horny.moe to give it a once over, reach out to us using the contact us link in the page footer, or tweet @hornydotmoe