College Kings - Act I is a 3D Visual Novel developed and published by Undergrad Steve. It released to Steam on March 5th 2021. While Act I is free, Act II costs $9.99, and since it released 4 months after Act I, I'll be reviewing it separately.

You're off to your first day of college! What a time to be a young man in the modern world. A new place filled with new faces, but unfortunately, also the face of your ex-girlfriend, who you broke up with a few months ago after she cheated on you. Will you take her back? Or will you explore relationships with the many (generally same-bodied) young women on your college campus? 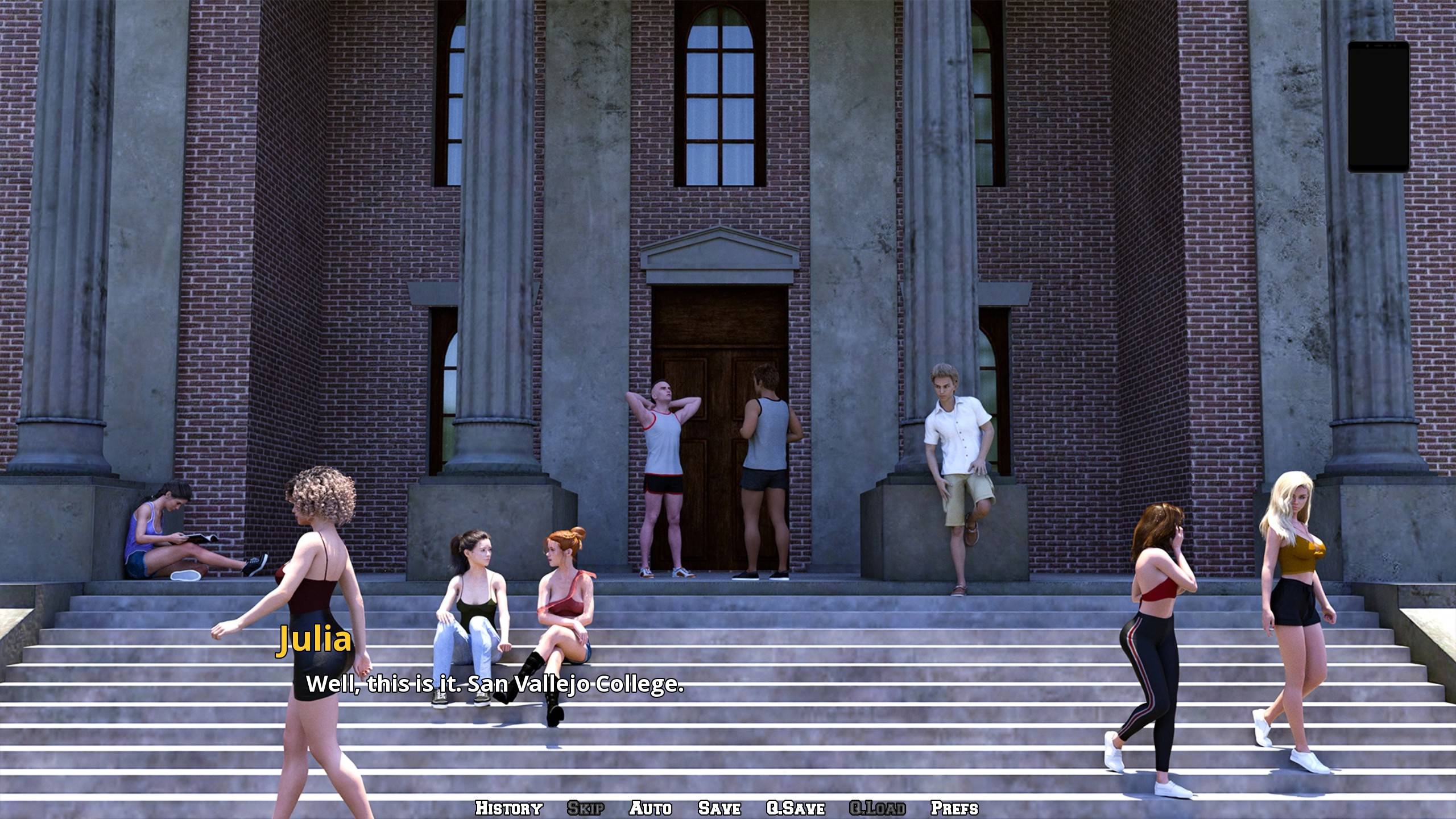 The core gameplay is standard for a VN. Your day comprises of several different conversations with friends, enemies, and potential lovers. There is actually a pretty shocking amount of branching paths for a free game. I was expecting a relatively linear story, but you can take different girls on different dates, new dialogue and sex options open up based on how you answered questions in the past, and you get even more different options depending on what frat you join. On top of the conversations you have in person, there's an entire texting mechanic which allows you to make choices, and if you choose right, get sexts! It's really pretty impressive. 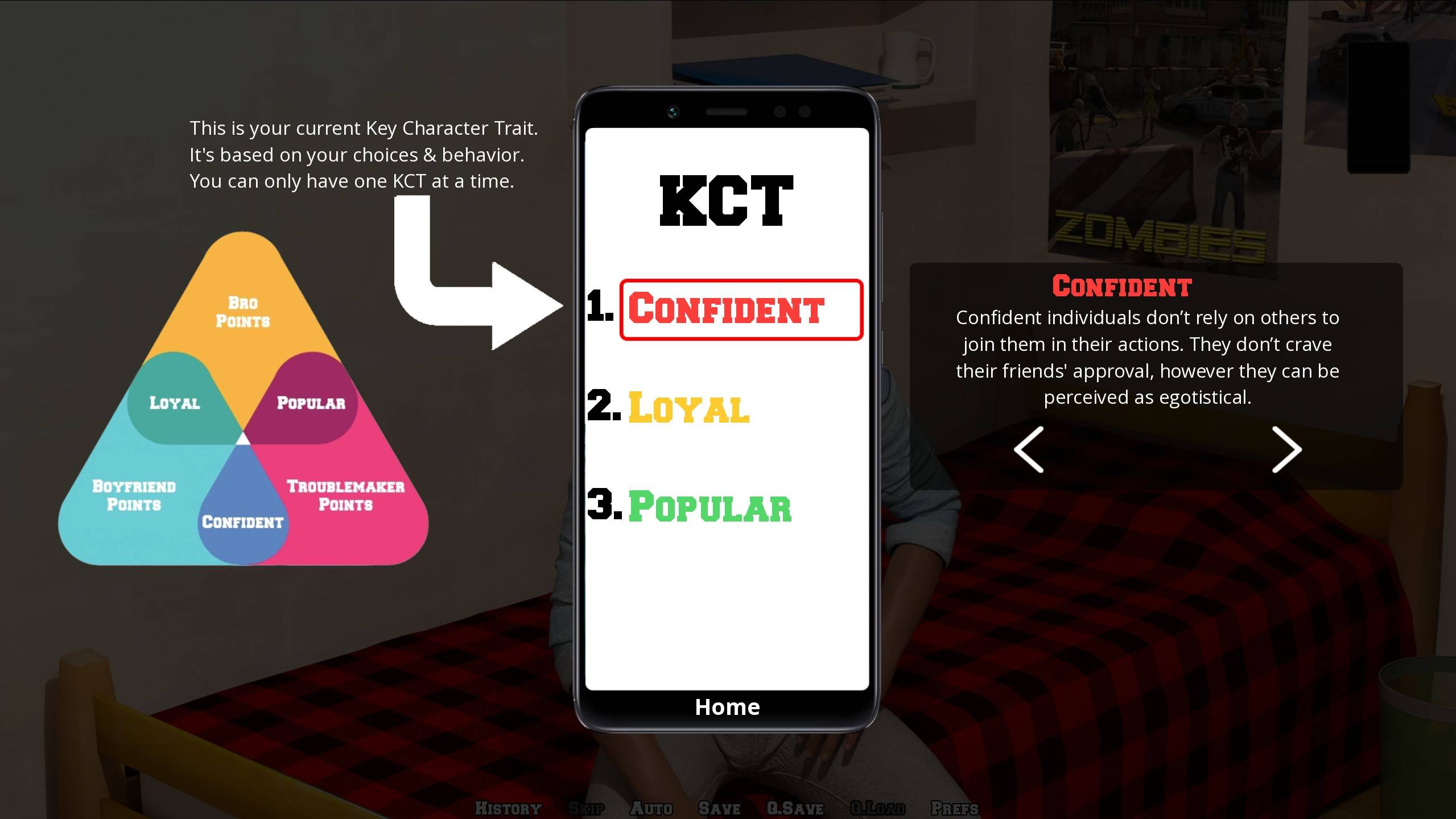 Every once in a while you have a free-roam segment, where you navigate around a place like the school, or a party. There are people to talk to, and things to see. In the first free-roam of the game you can actually peep on 2 people doing it in the dorm across from yours. Later in the game there's even optional sex scenes you can get based on your current personality and relationship status.

Outside the typical VN gameplay there's a fighting mini-game. Basically based on visual information you punch or block. I really couldn't get the hang of it, but before each fight the game gives you the option to just auto win. Since the fighting is just extra and not the core mechanic of the game, I actually really love this. It saves unnecessary headache. 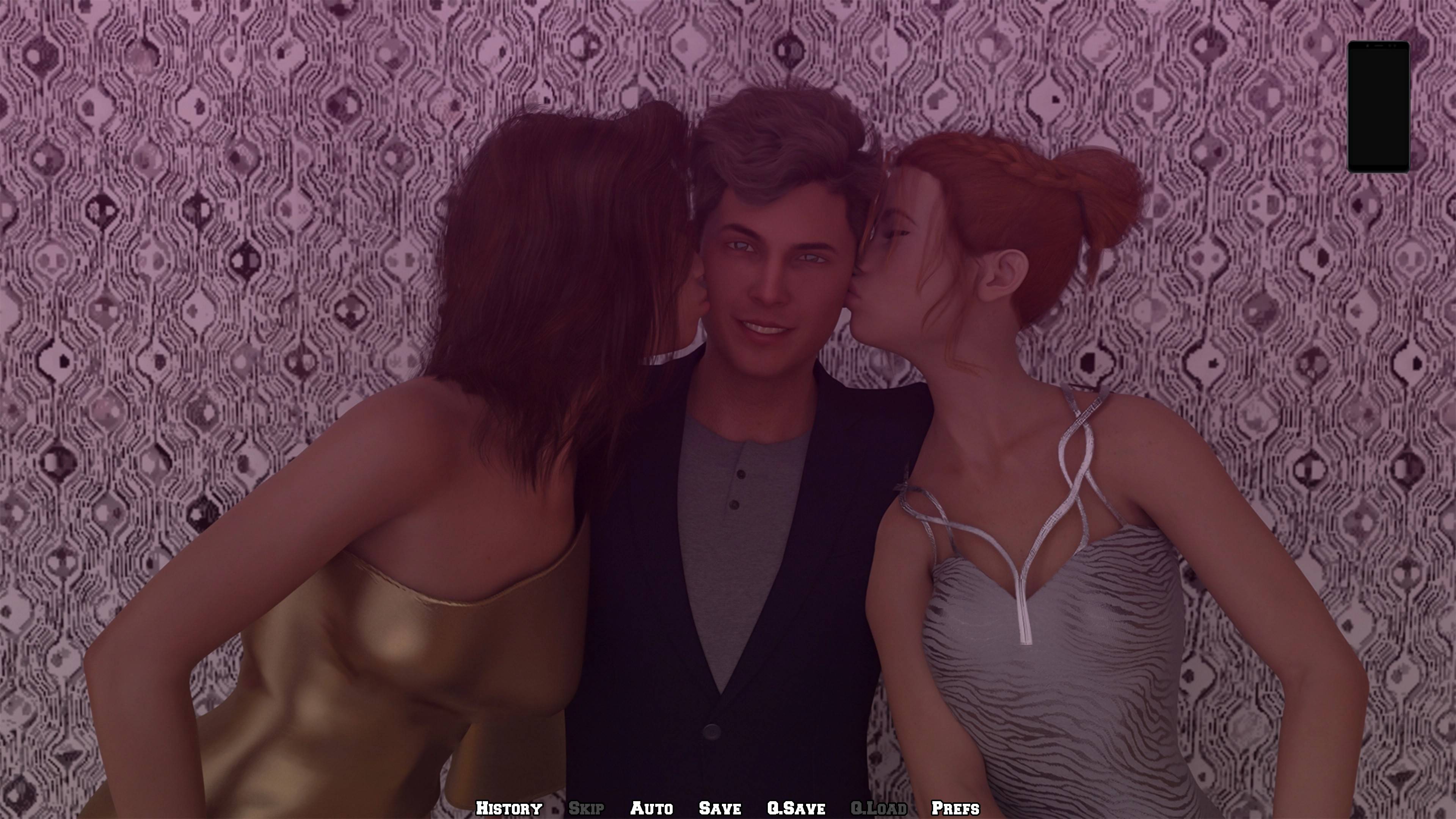 College Kings also gives you several moral choices which will affect what avenues open for your character. This ranges from deciding whether or not to tell your dorm mate the hiding in the girls locker room was a fucked up thing to do, to deciding whether or not to peep on the girl you're dating while she's changing in the dressing room next to you. It even goes as far as to give you two instances of the famous Trolley Problem. The game warns you before this section and gives you the option to skip, in case seeing people in peril in your porn isn't your style, and I really appreciate that. While College Kings had characters and options to be misogynistic or shitty in general, it never forces your hand and makes you do anything. You can always just be a decent person if you really want. 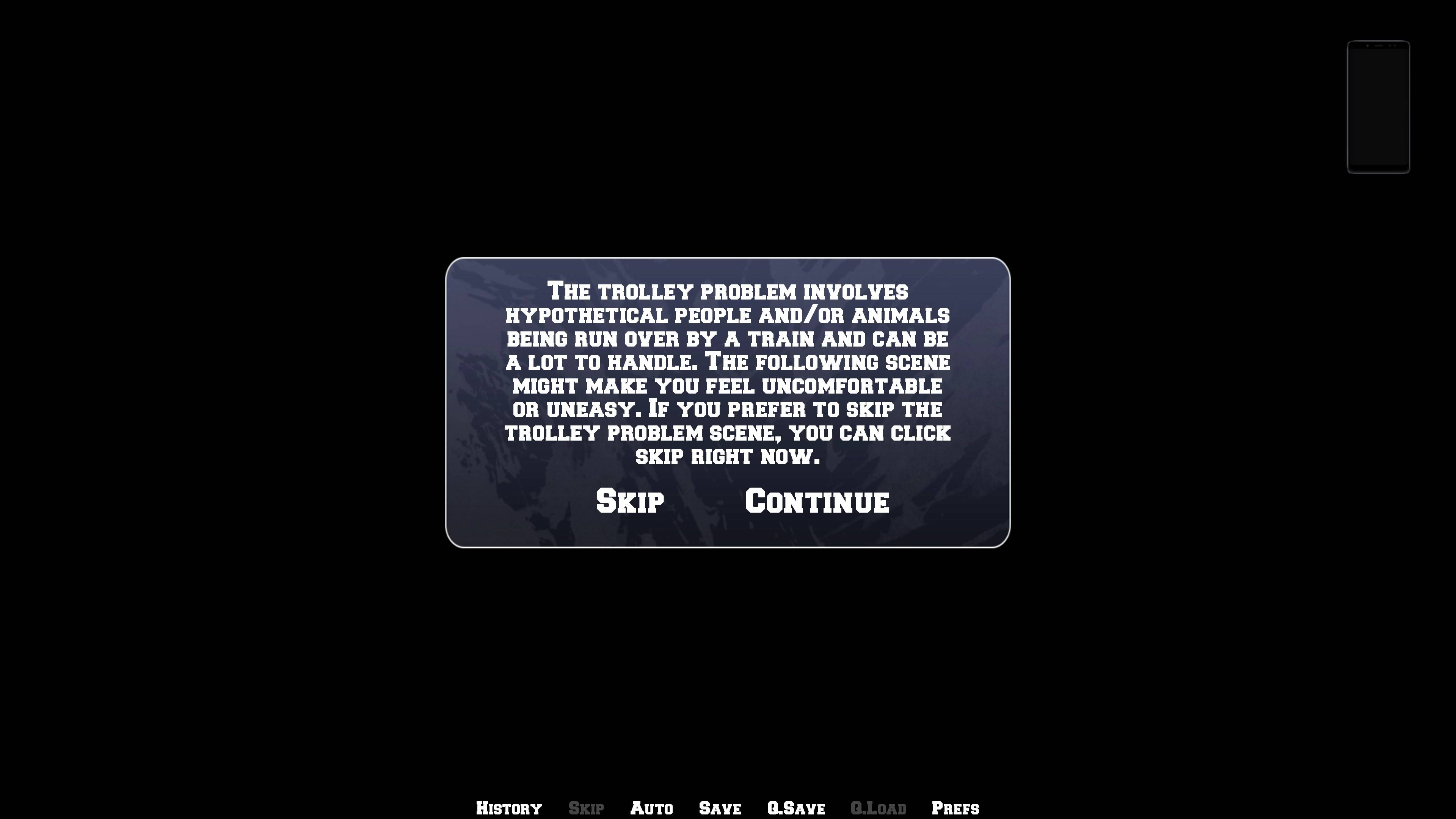 The game ends right after the homecoming dance. Speaking of which, I only attended community college. Do colleges have homecoming dances? always thought that was a high school thing. Tweet @hornydotmoe if your college had a homecoming dance. Anyway, my homecoming ended with the option to go home with my girlfriend (who I had cheated on throughout the game) or my "more than a friend" friend. I chose the friend, and then was met with a screen to buy Act II. Which I'm definitely going to do. 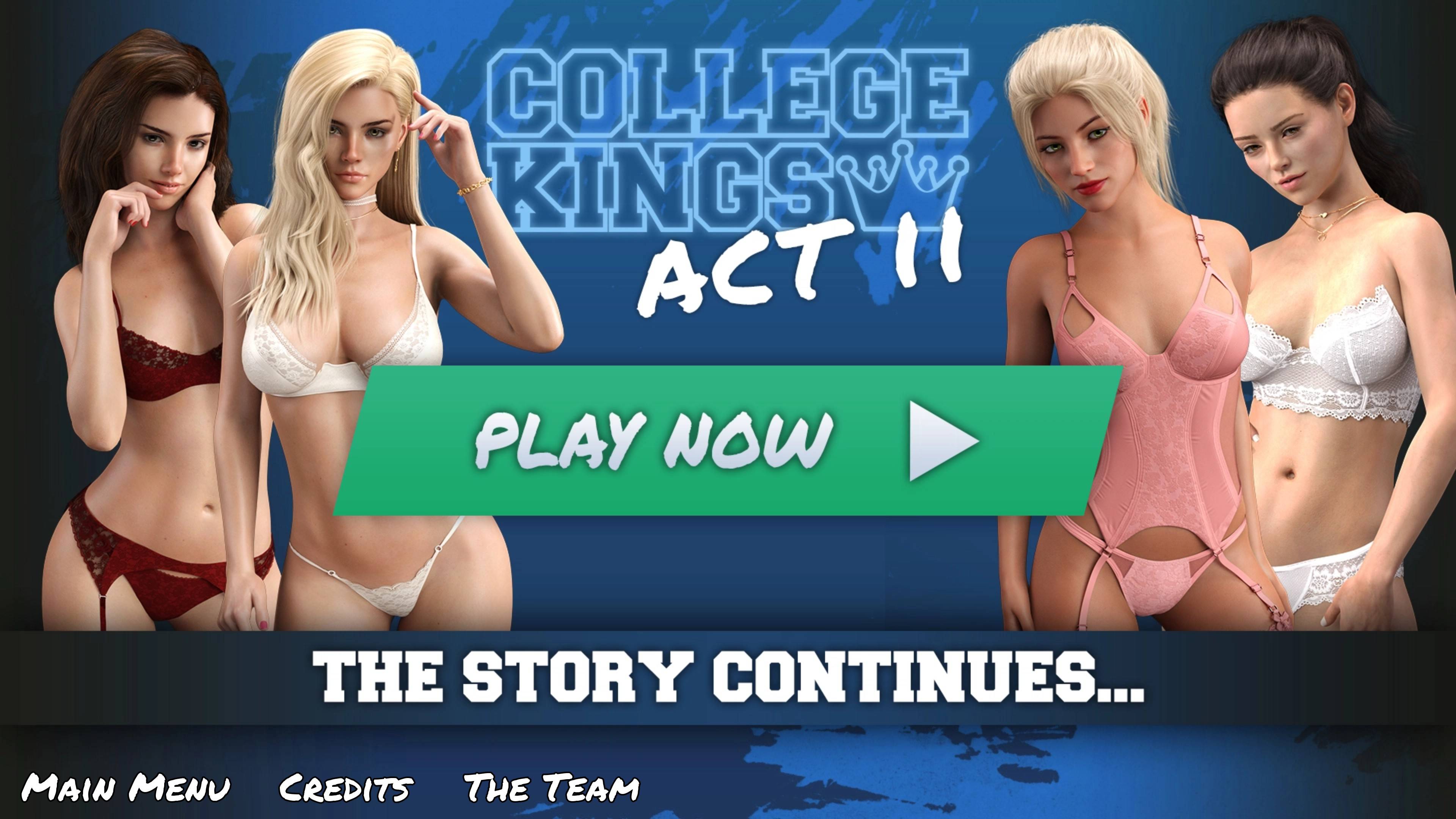 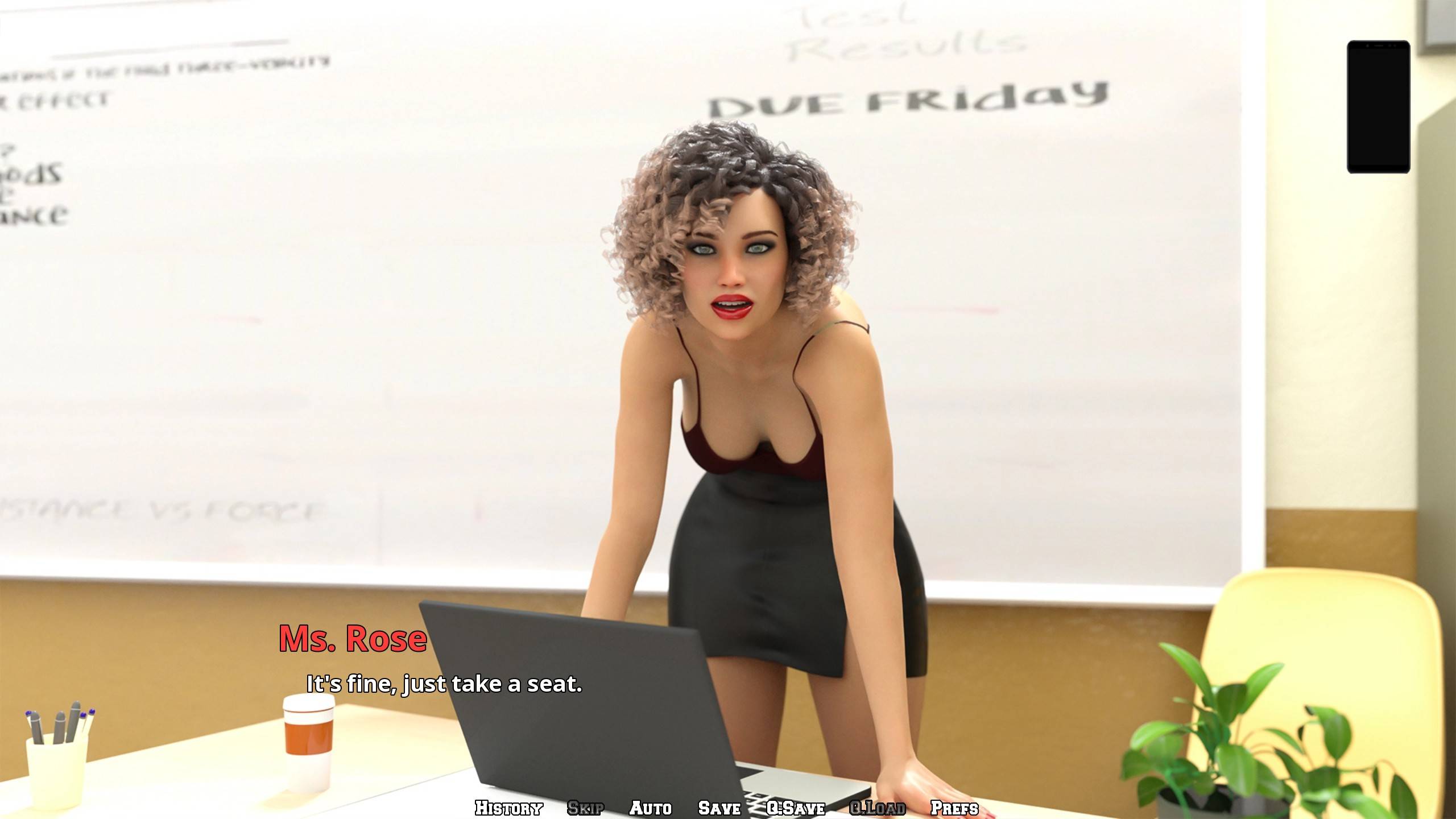 I really enjoyed my playthrough of this game. I got through it in about 2.5 hours, but I probably took it a little slow. On top of that I accidentally deleted one of my saves that had about an hour of progress on it, but I was able to skip back to where I was in just a minute or two. The obvious comparison to draw here is with Being a DIK, which is another episodic 3DVN based around college and the relationships you make there. Being a DIK received a positive review as well, this format works pretty well when effort is put into it, and both did. If you liked one, you're likely to enjoy the other as well.

Your character packs up for college with a fucking $2800 Louis Vuitton bag. That just seems excessive in my opinion. 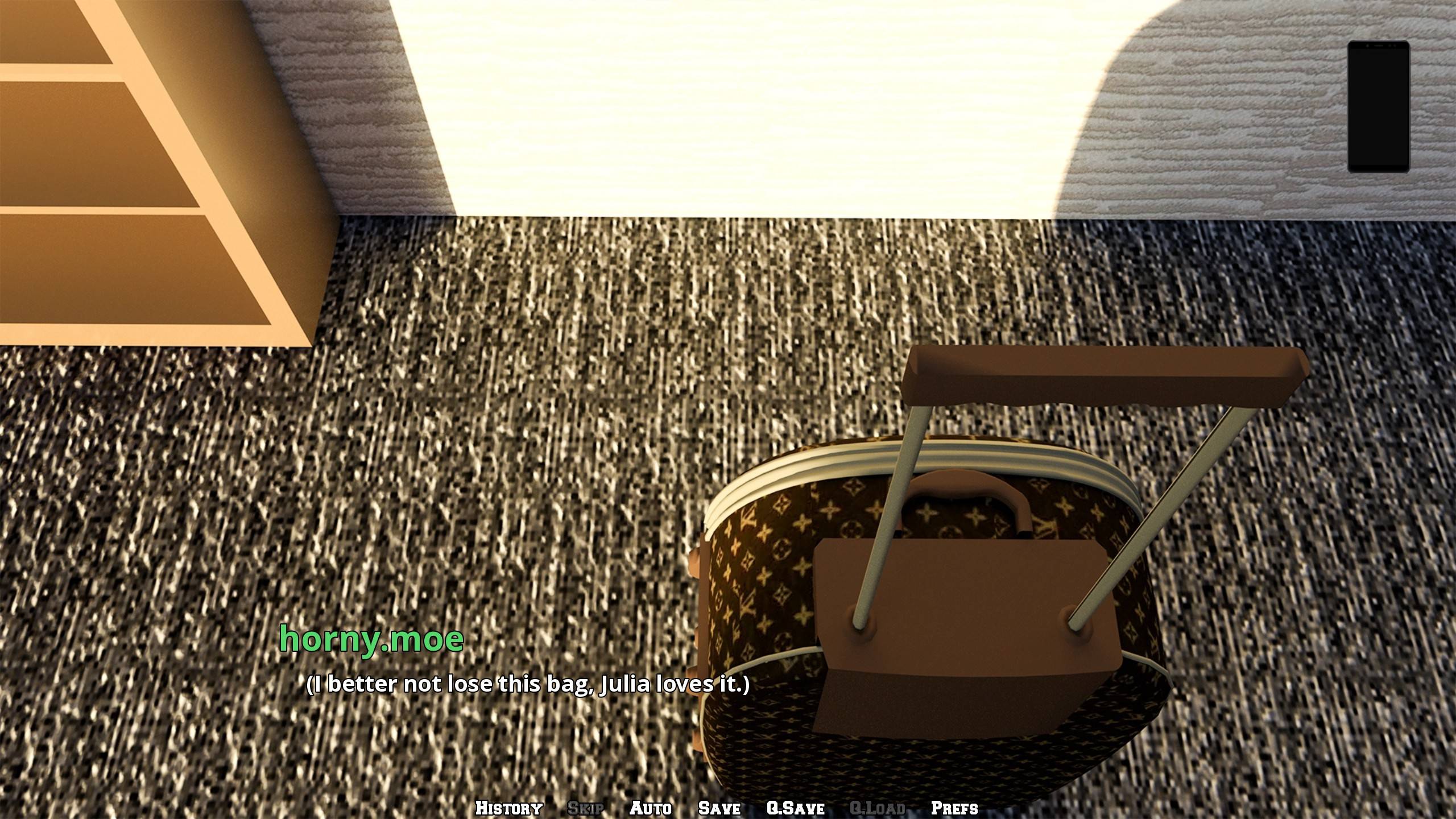