There's only one thing that can solve everything, and it's YOUR thing

Koikatsu Party is a sex and dating sim developed and published by ILLUSION and released on June 10th, 2019. While keeping a lot of similarities from Honey Select when it comes to the sex, the art style and setting have been updated to have a cuter anime style. The game as downloaded from Steam only contains "Have Sex" mode and "Concert" mode. To play the story mode you have to download the "special patch" from Illusion. In case you were wondering, like I was, Koikatsu means "Love Activity" 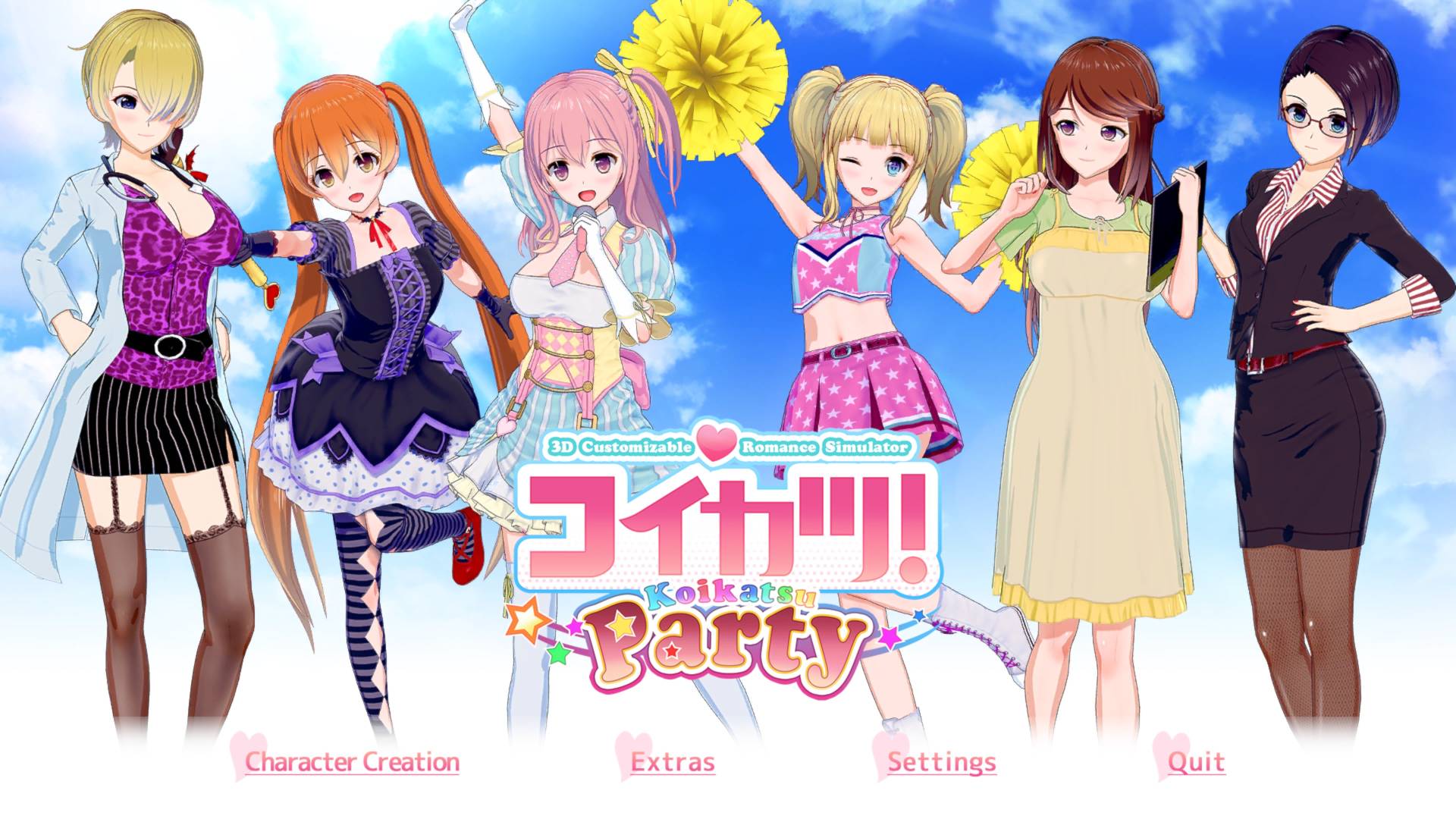 Due to circumstances beyond your control, you are now the only boy at an all girls school! The girls have little experience talking to boys so you're tasked with starting the Koikatsu Club! You practice dating (and doing other things) with as many girls as you can to prepare them for the future. 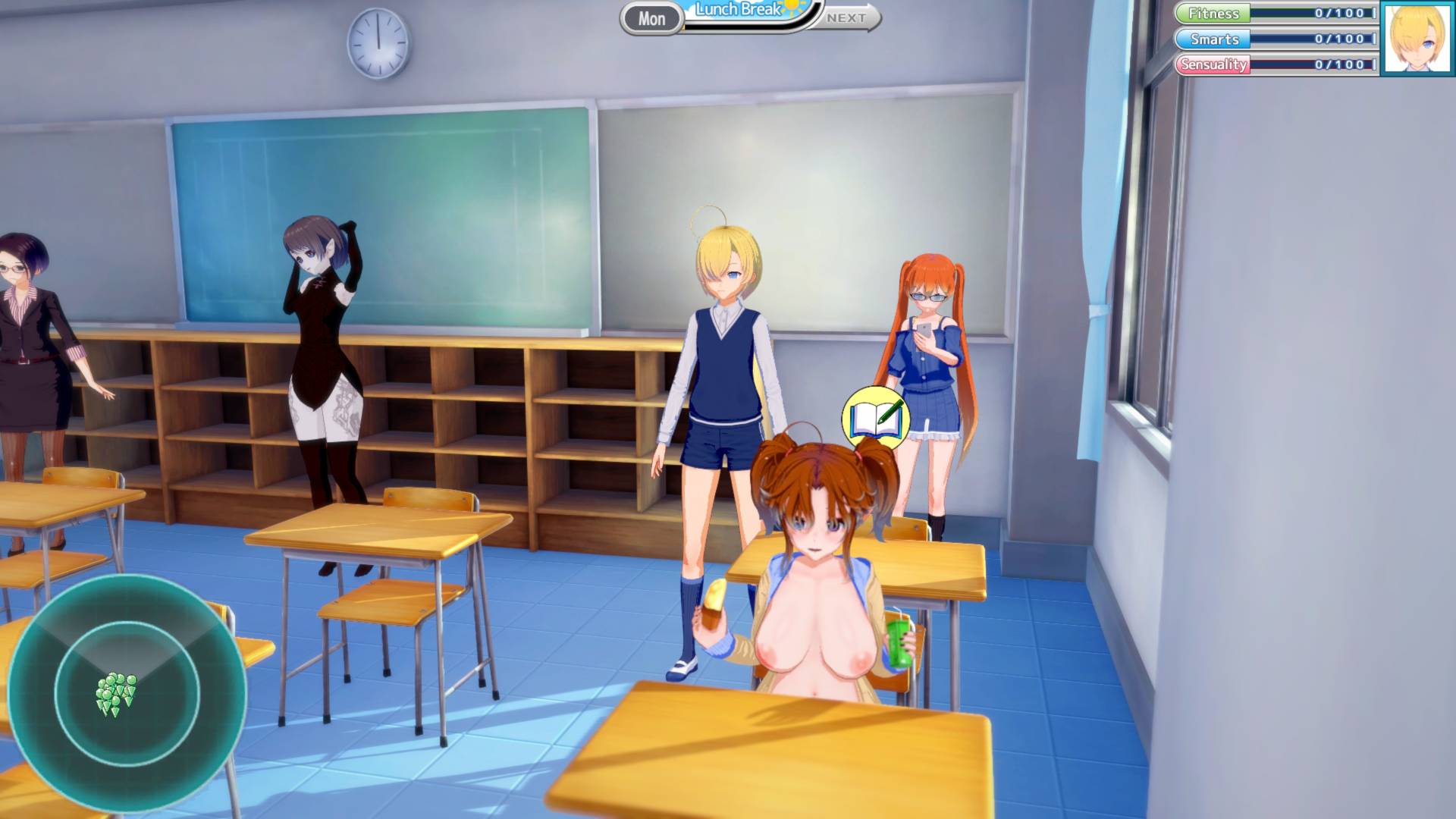 You can fill up the school with premade girls, or make your own with the robust character creator. You can make your girls petite, voluptuous, green, grey, and everything in between. You can create your male character too, but it's kind of hard to not give him very feminine hips. Not that there's anything wrong with that. There is also a decent selection of clothes and accessories to choose from, but many of them are samey. You can also download girls from other players direct from Illusion's servers. A lot of people have spent a lot of time making characters from various anime. 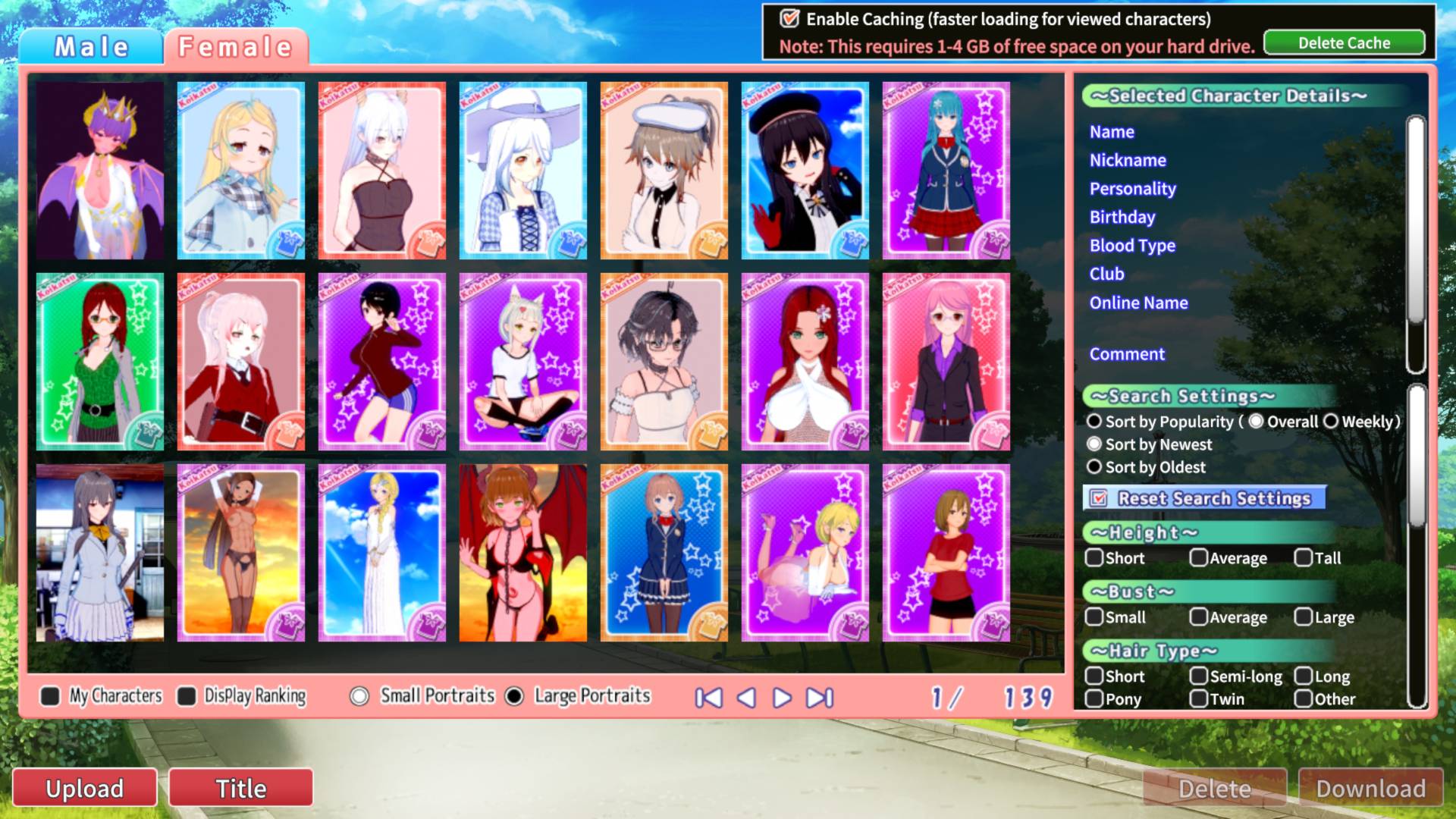 The story mode follows a simple flow, but has a tendency to get repetitive and grueling. This likely affected me more than it would affect a casual player, since I was trying to see everything. During the 3 school breaks you get, you walk around and talk to as many girls as you can. Once their affection for you is high enough, they'll join the club and be your girlfriend. There is no limit to how many girlfriends you can have. While some will get mad when they see you with other girls, none of them ever broke up with me. 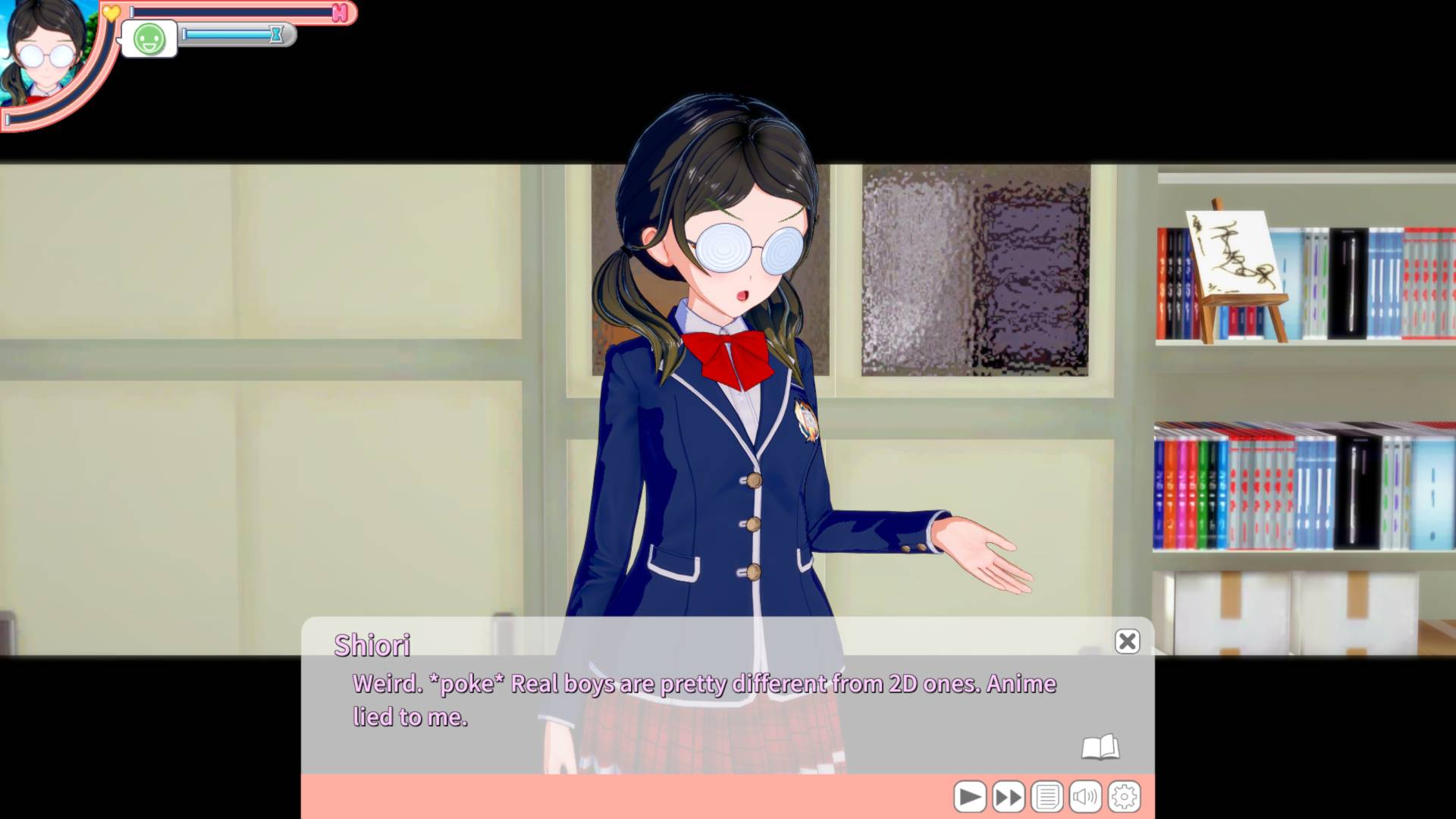 You increase affection by talking to girls, hitting on them, and answering their questions. Once your affection is high enough, you can "do it". For the first time this follows a flow of caress -> receive -> insert. Each must be done in the correct order, with the correct gentleness to please the girl the first time. After that, as long as you get her to climax, she's not as picky. It takes a long time to max a girl's affection, but if you talk to every girl every chance you get, they'll fall for you at once. Harem doesn't even begin to cover how many girlfriends you can have in this game.

Ass you progress through the days you'll have "special events" with four girls that are always in the game. They are:

All their problems, like so many, are solved by your character's penis. Over the course of many in-game days you grow your relationship with these girls. It's completely pre-determined though, there's no way to not hook up with them, unless you avoid the events all together. These stories culminate in a non-controllable sex scene with a LOT of dialogue. It has a more romantic feel than the normal hookups, but didn't seem worth all the time it took to get there. 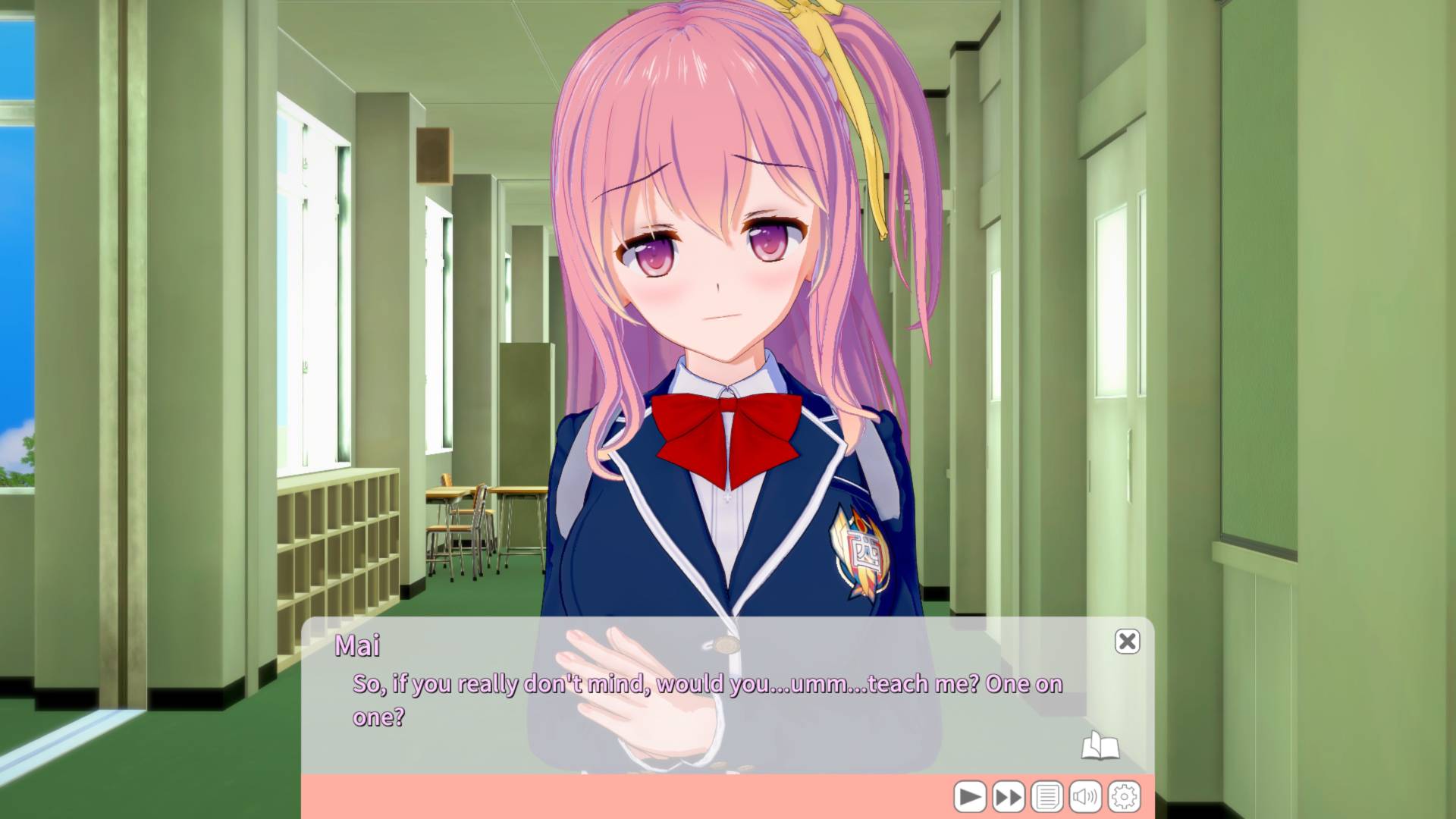 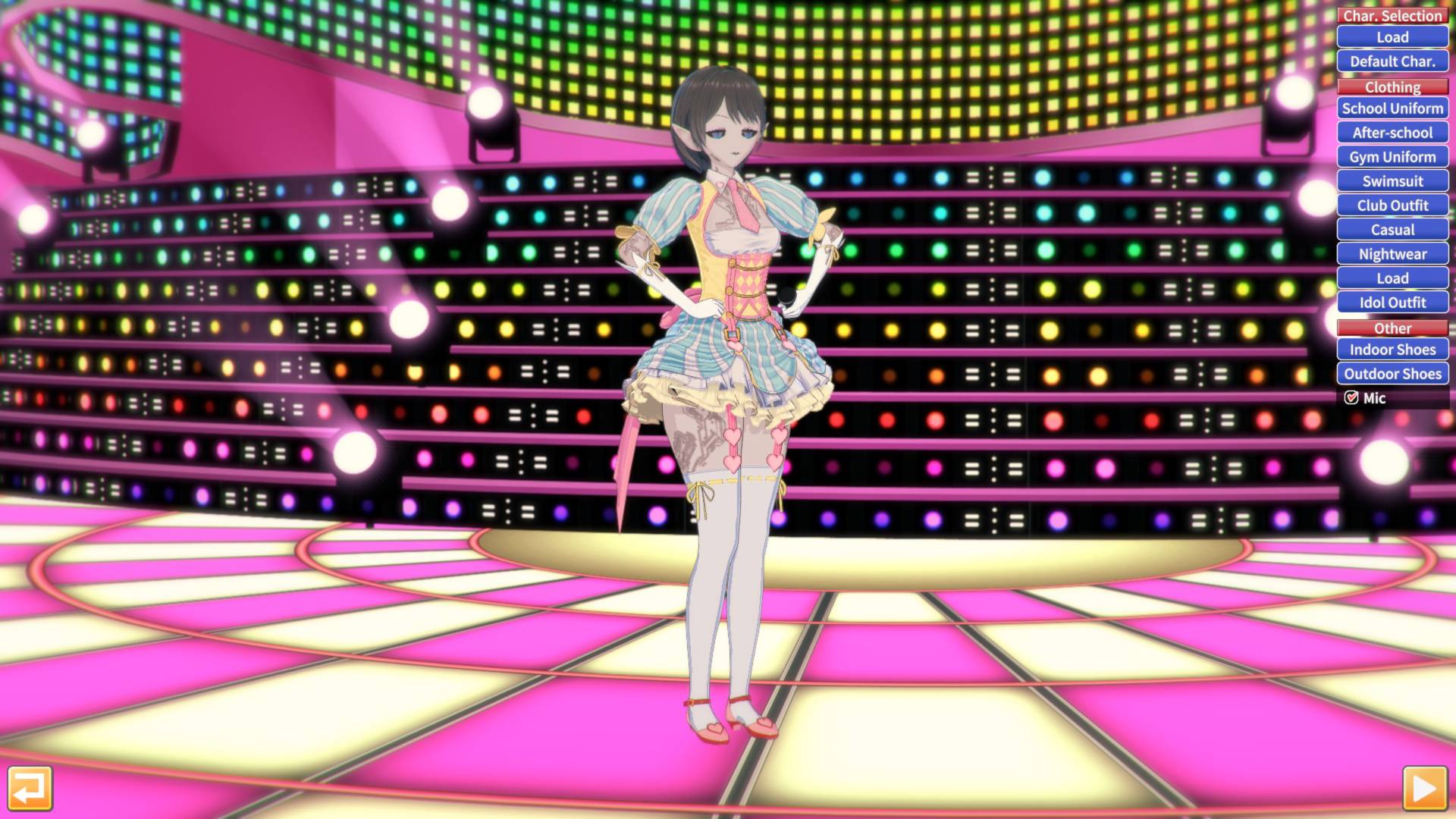 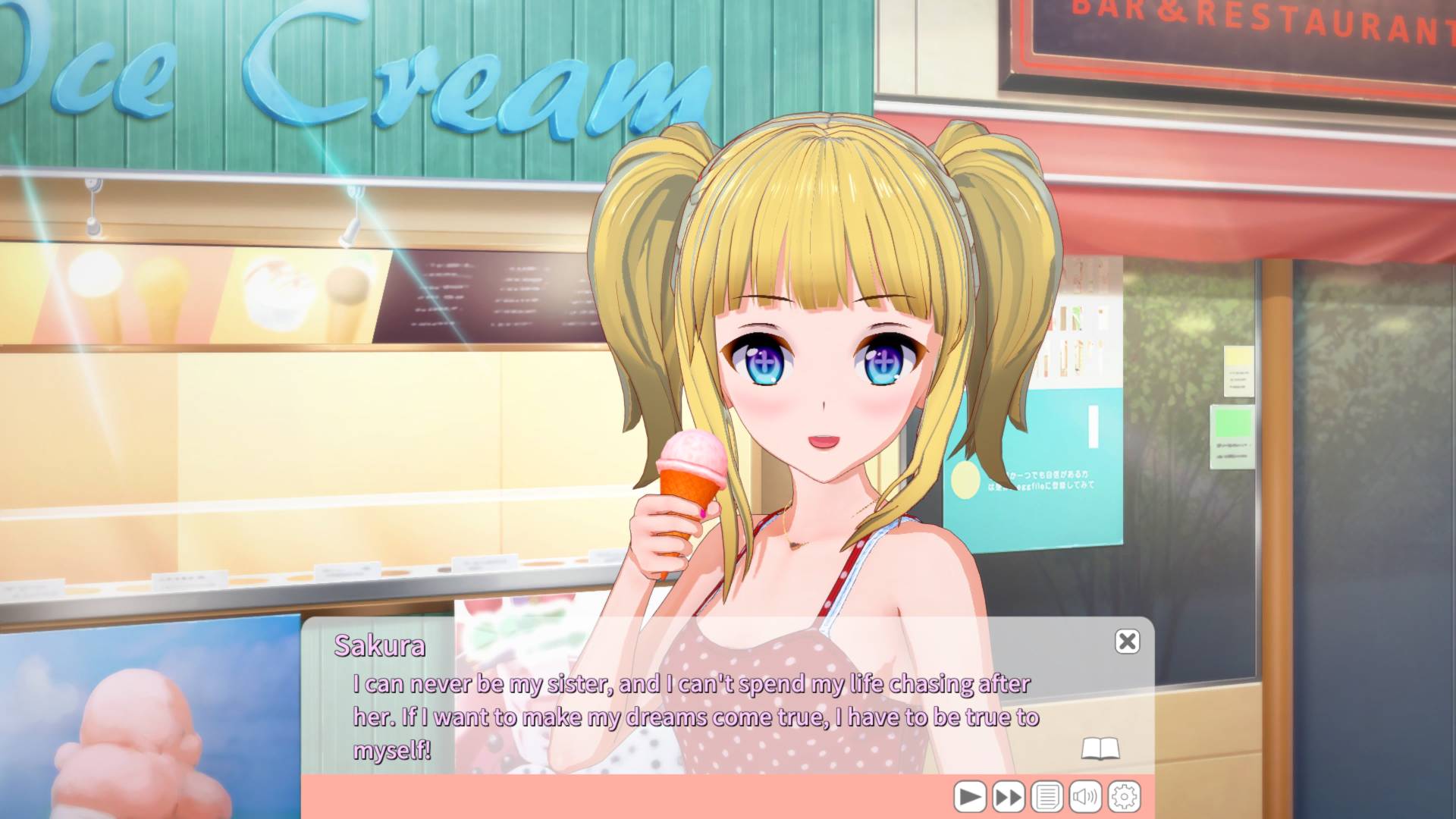 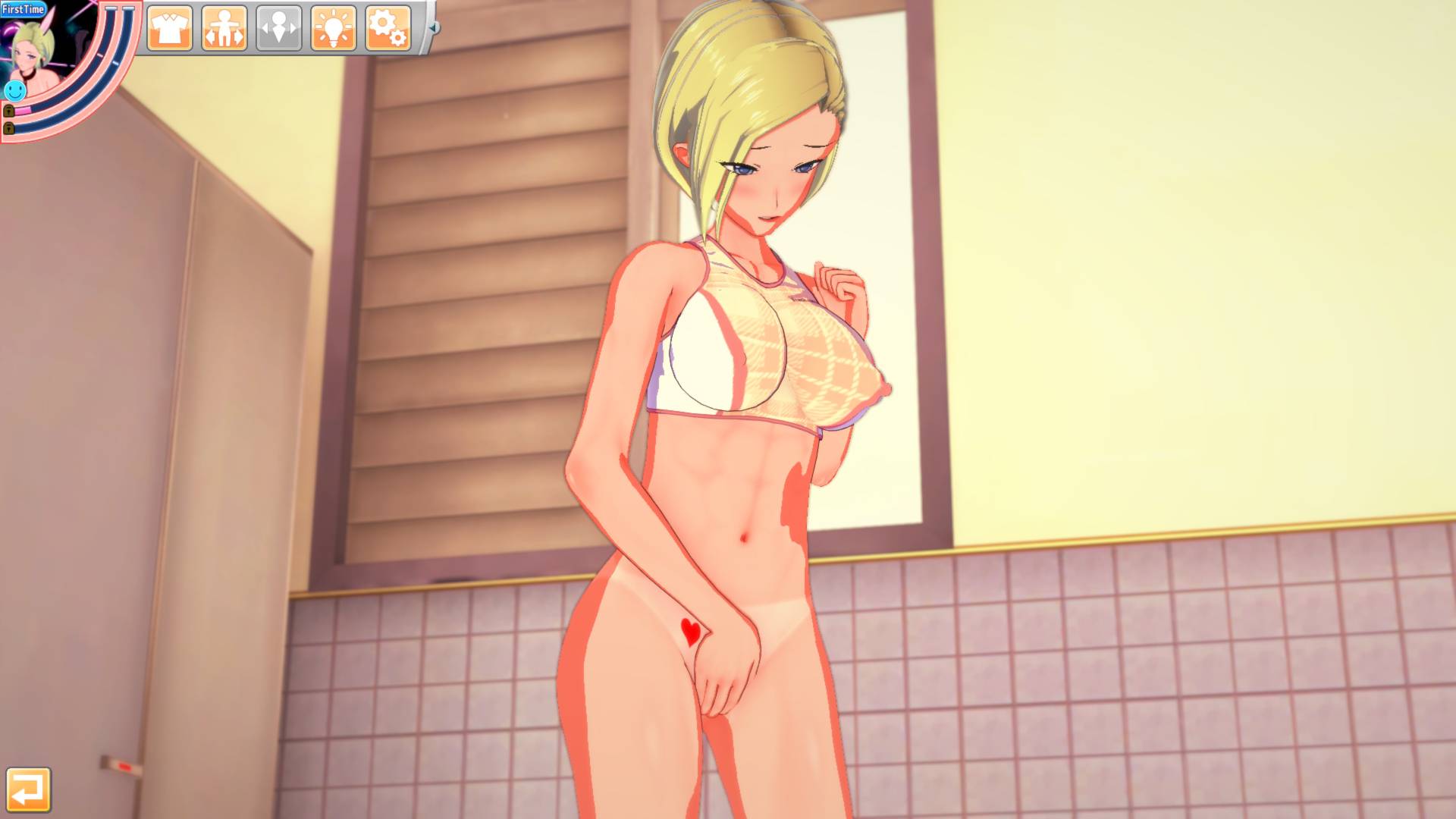 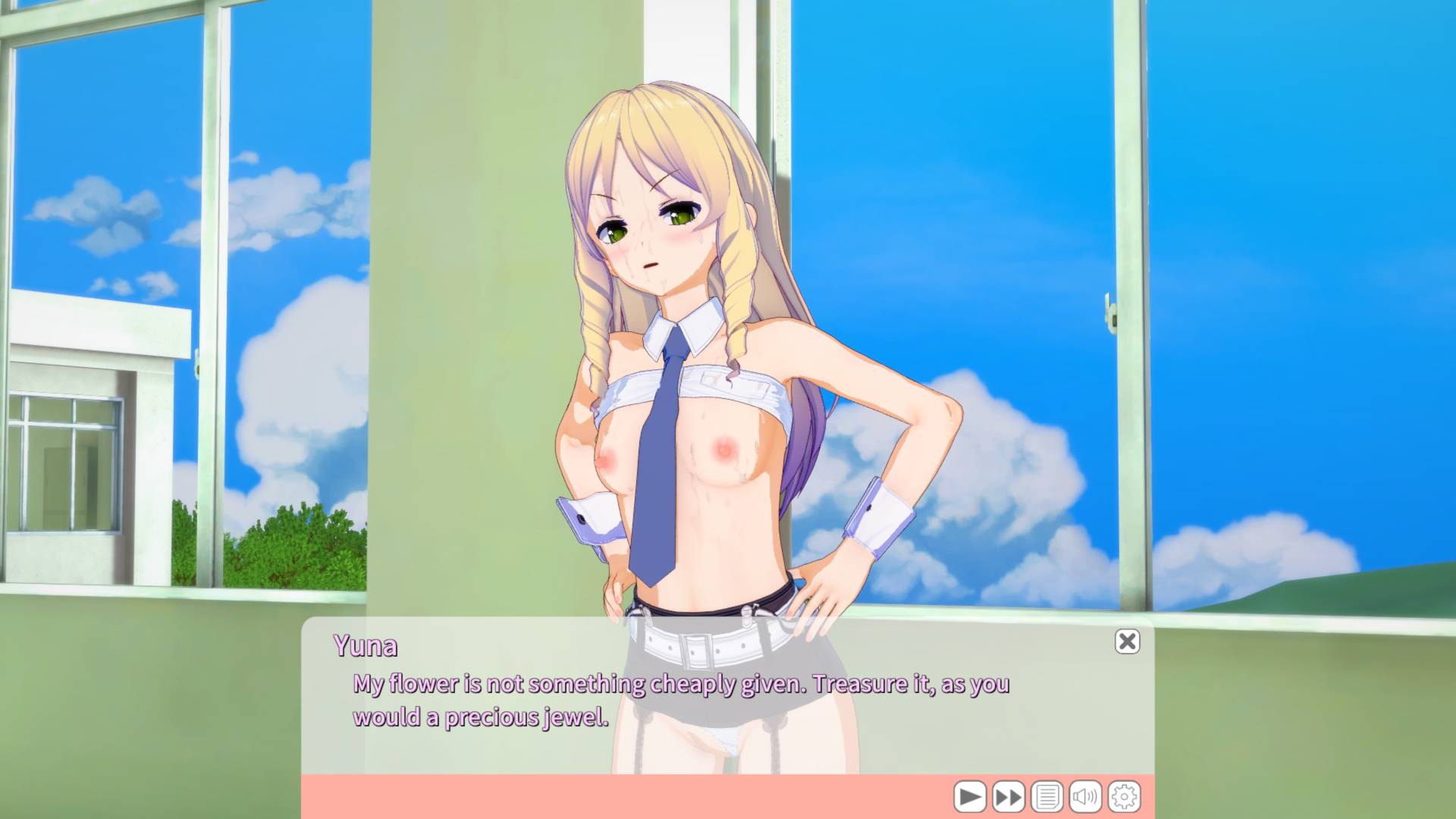 While the story mode of this game tends to drag a little bit, in smaller doses it's very enjoyable. The meat and potatoes of this game is character creation and sex scenes, and it delivers on those perfectly. There's a very active modding community like most Illusion games, so even if the devs don't offer anything new, you can expect this game to grow and change for a long time to come. It's pricy at $60, but if you wait for steam sales you can get it for a bit cheaper.