Tokyo School Life is a straight up visual novel developed by M2 and published by Dogenzaka Lab. It was released on Steam and on the Switch in February of 2015. I didn't know going into this game that it was a completely standard VN with literally 0 lewd parts, but that's okay. I still had a pretty good time playing it. 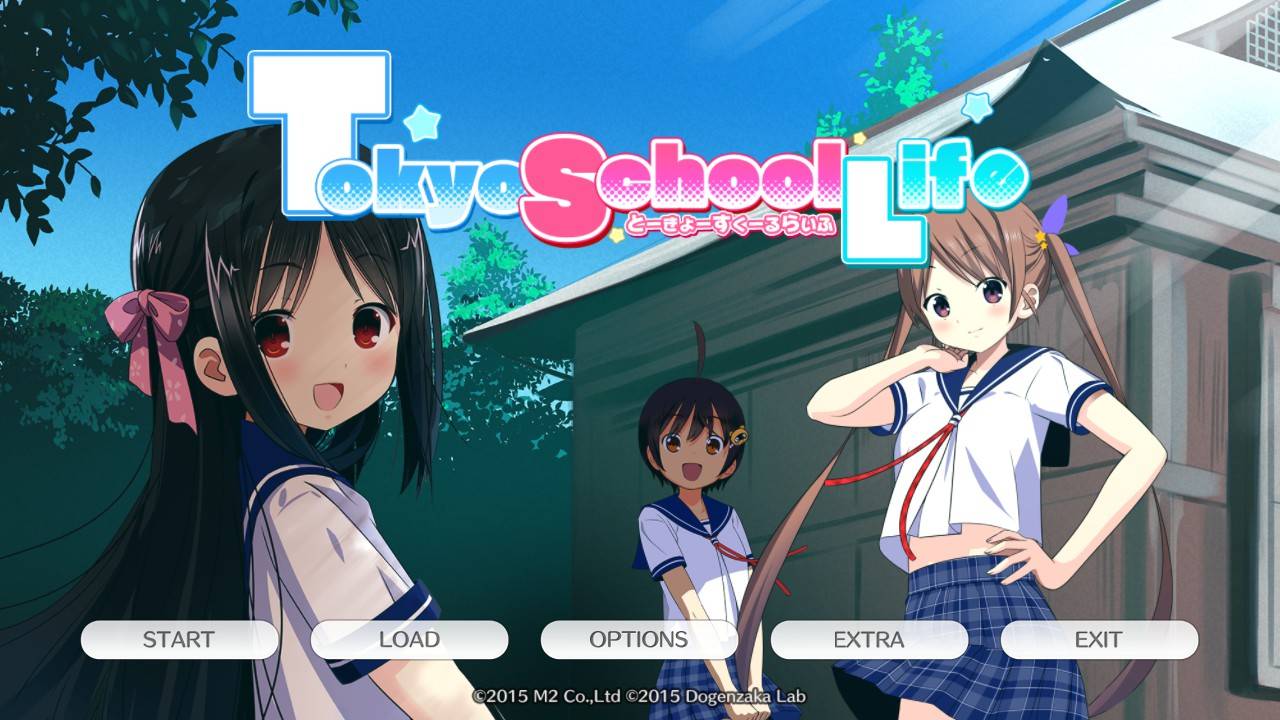 You are an exchange student weeb who gets to live in Japan for a couple of months! You're off to a rough start because of a lot of misconceptions about the homogeneity of Japanese culture, but as your 3 dorm mates teach you more about Japan, you grow as a person. And maybe grow in love?????? 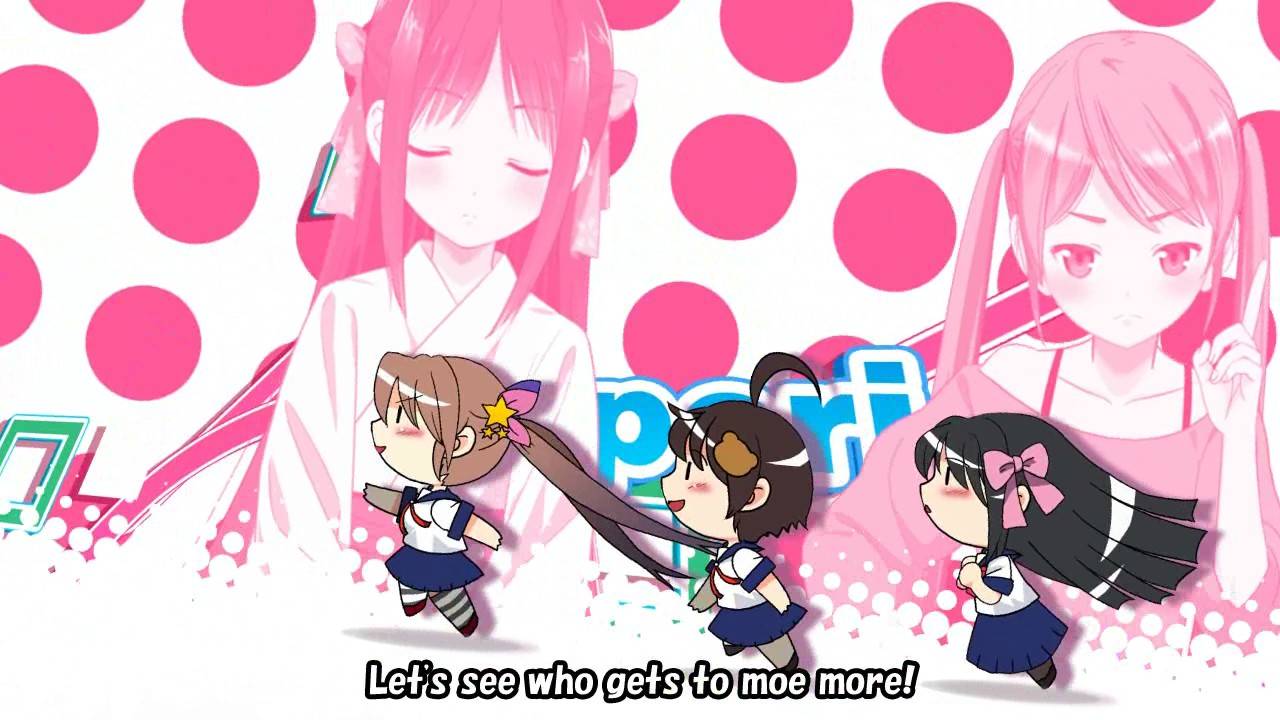 Tokyo School Life is as bare bones a VN as you could possible ask for. It's almost the platonic ideal of what a high school dating VN is. You get to know your dorm mates, you decide which one to romance, and you watch the relationship blossom. There's no sex scenes, no kissing scenes (at least in the path I took), and only a few suggestive situations. It's incredibly cute and made me a little nostalgic of being a dumbass teenager again (something it's very difficult to make me feel, because I was a terrible person in general as a teenager). 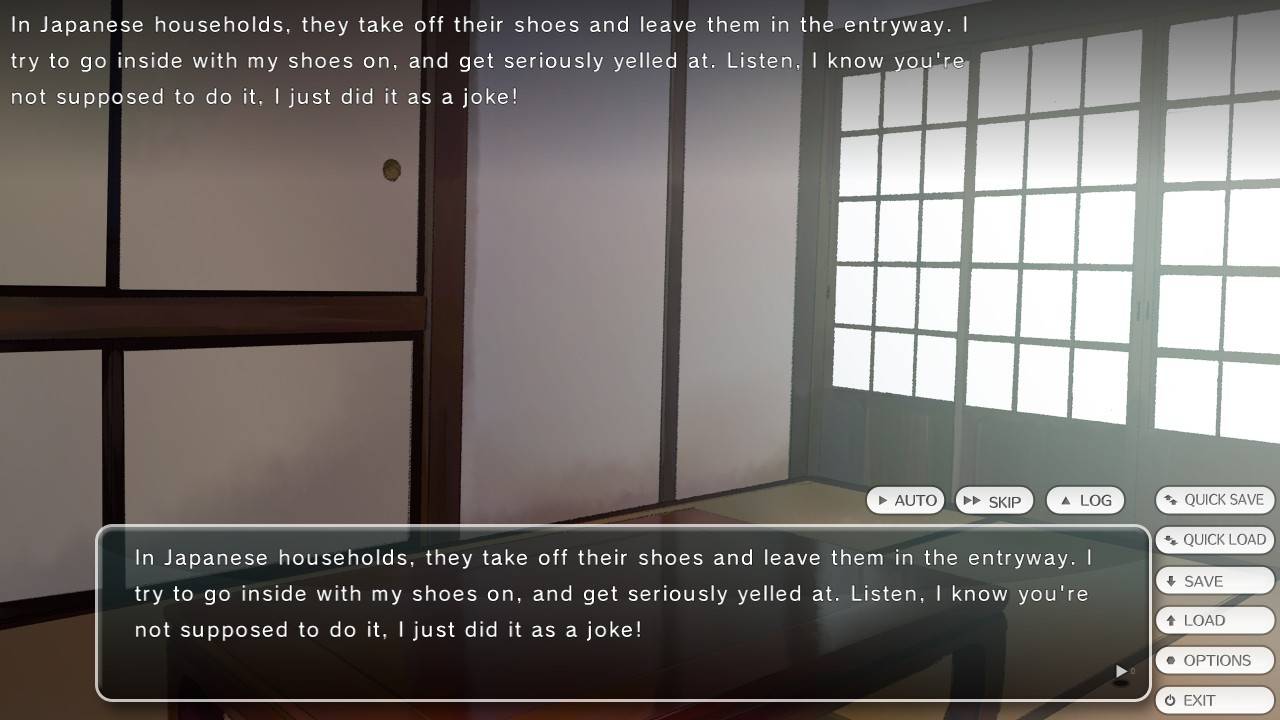 I think this might be the perfect VN for someone who has never played one before. It's relatively short, there aren't any "challenging ideas", and the dialogue goes into some detail about various Japanese tropes and traditions that a newly minted weeb might not know about yet. You can even view English and Japanese text at the same time, to help you learn. This game really feels like it was made specifically to teach foreigners about a few things about Japan. If you're a big weeb like me some of it might seem obvious, but it has a lot of info that I would have absolutely eaten up back when I was 15. 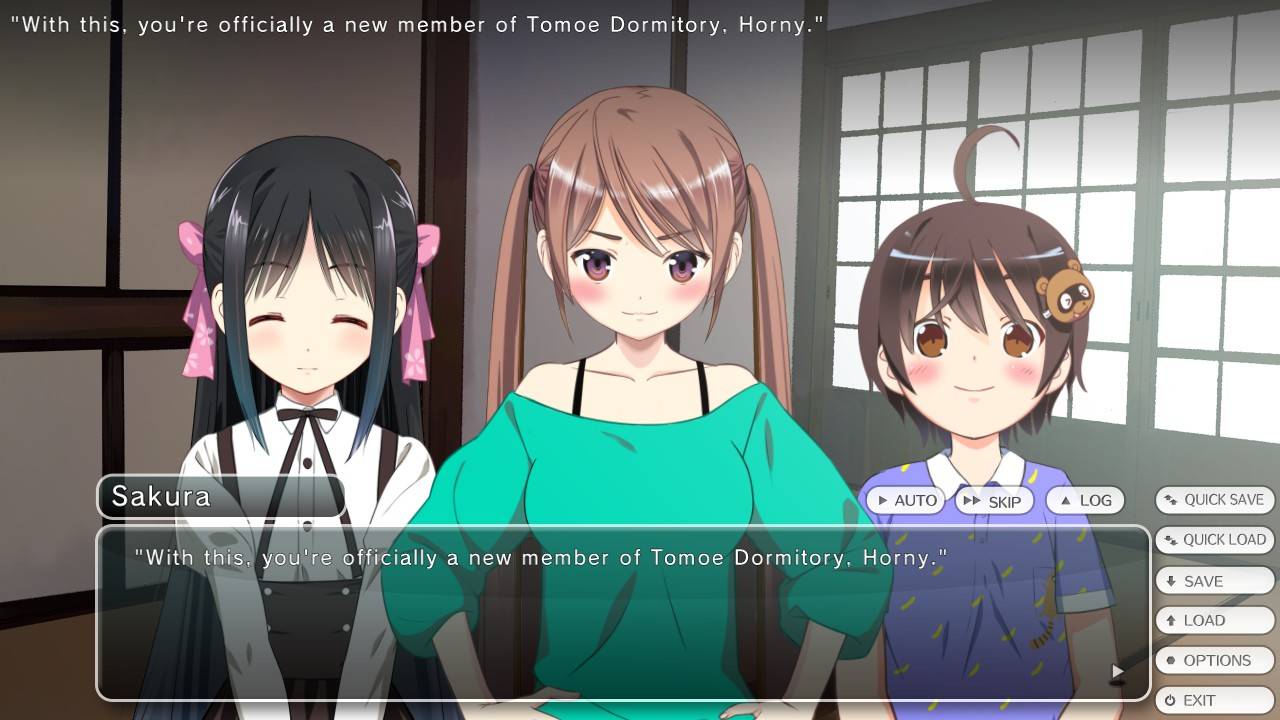 The choices you make throughout the game will determine which girl, if any, you end up with. I chose Karin and the ending was that she becomes a famous idol, and you maintain a long distance relationship while she travels around the world. 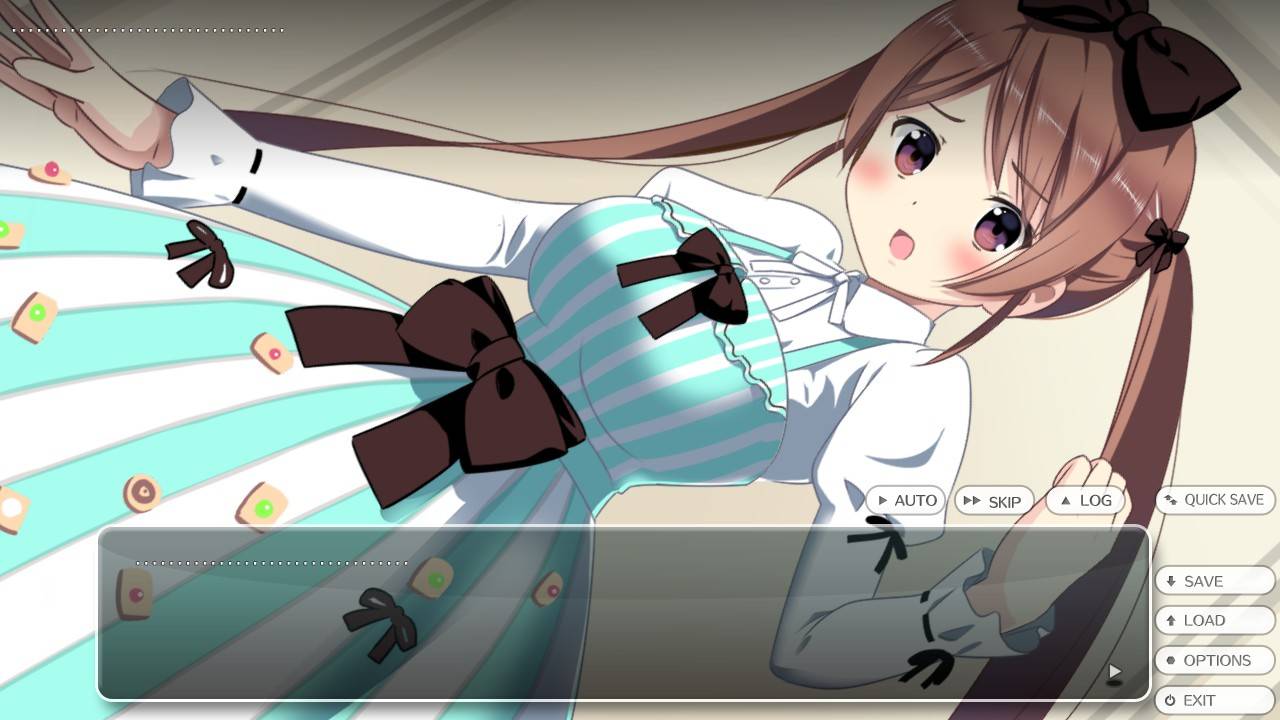 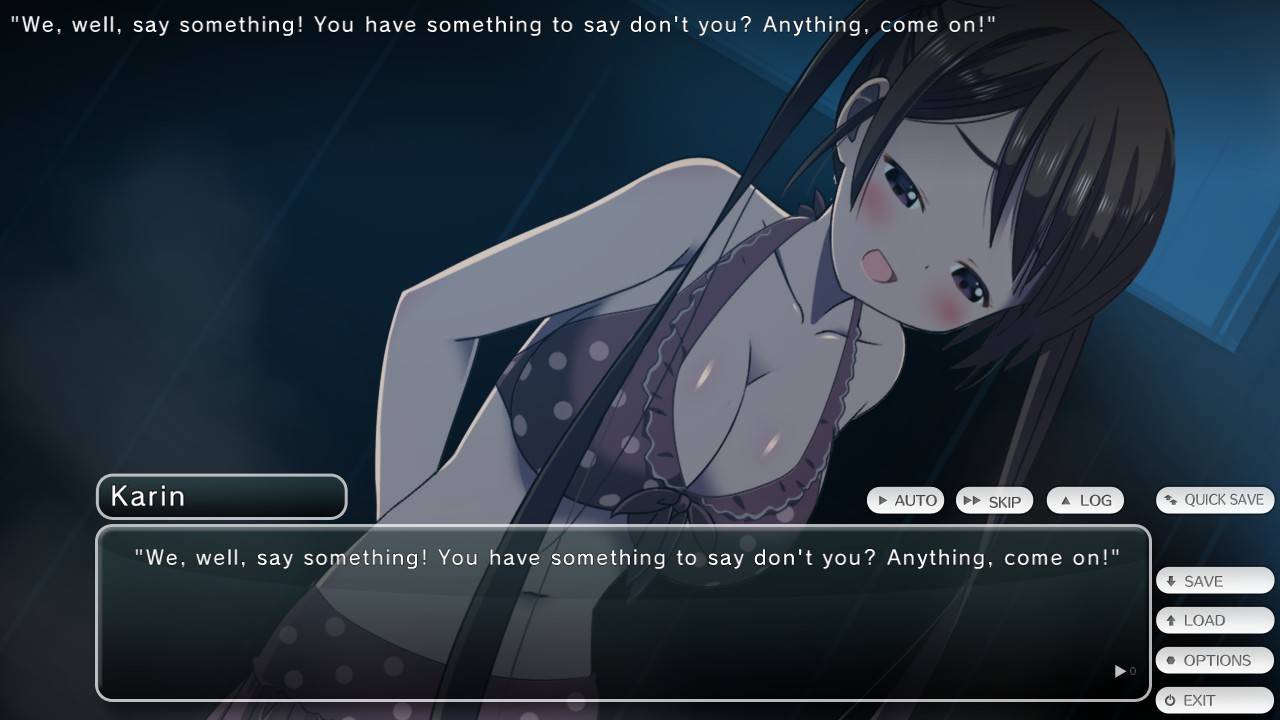 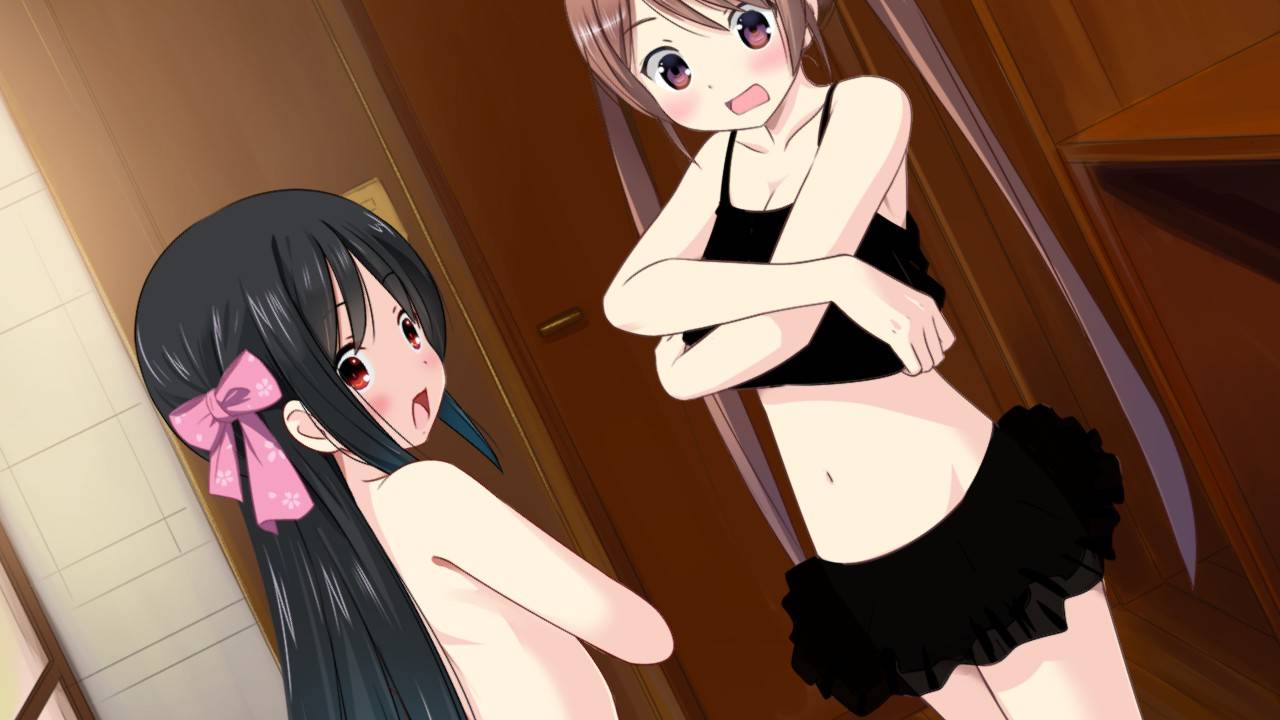 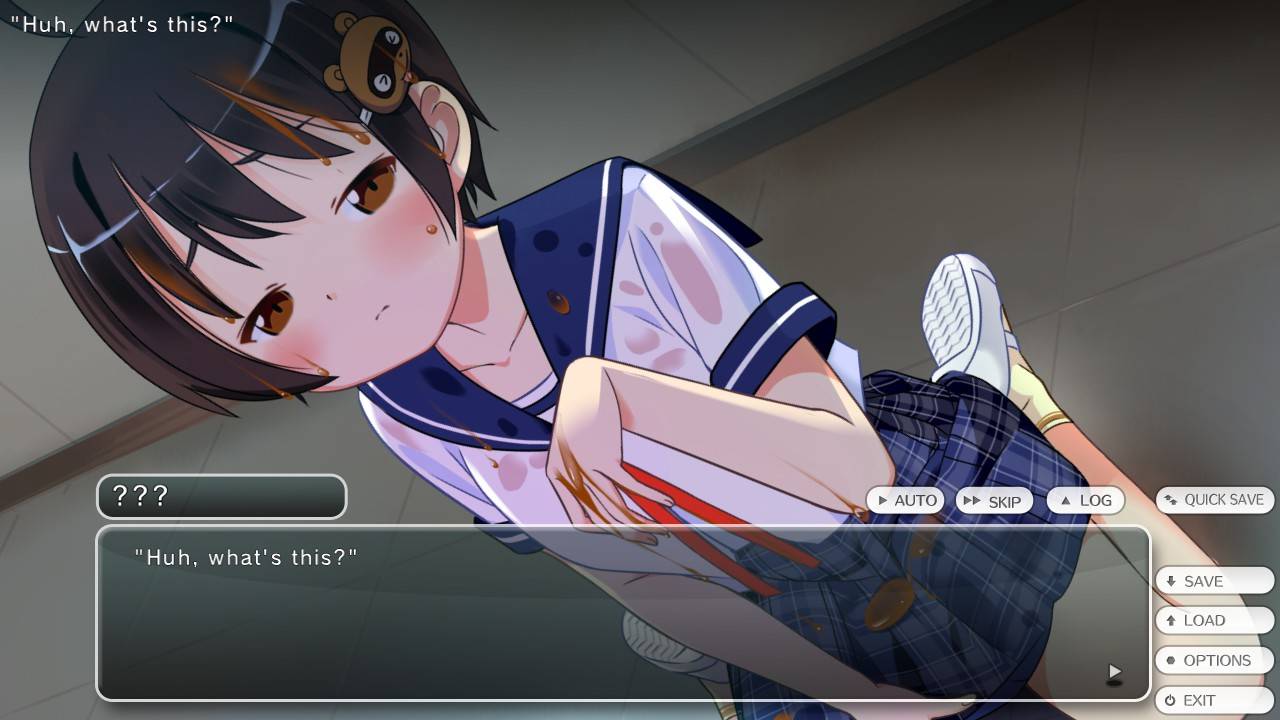