Bonecraft, a parody of StarCraft and WarCraft has you take on the role of the leader of the Space Wranglers. A group of space cowboys that travel the universe in search of pussy of all kinds.

Bonecraft is a PC game developed and produced by D-Dub Software. It came to steam in 2019 but actually released in 2011. It's an action/bmup type game in which you and 3 allies take on hoards of enemies in melee and ranged combat. 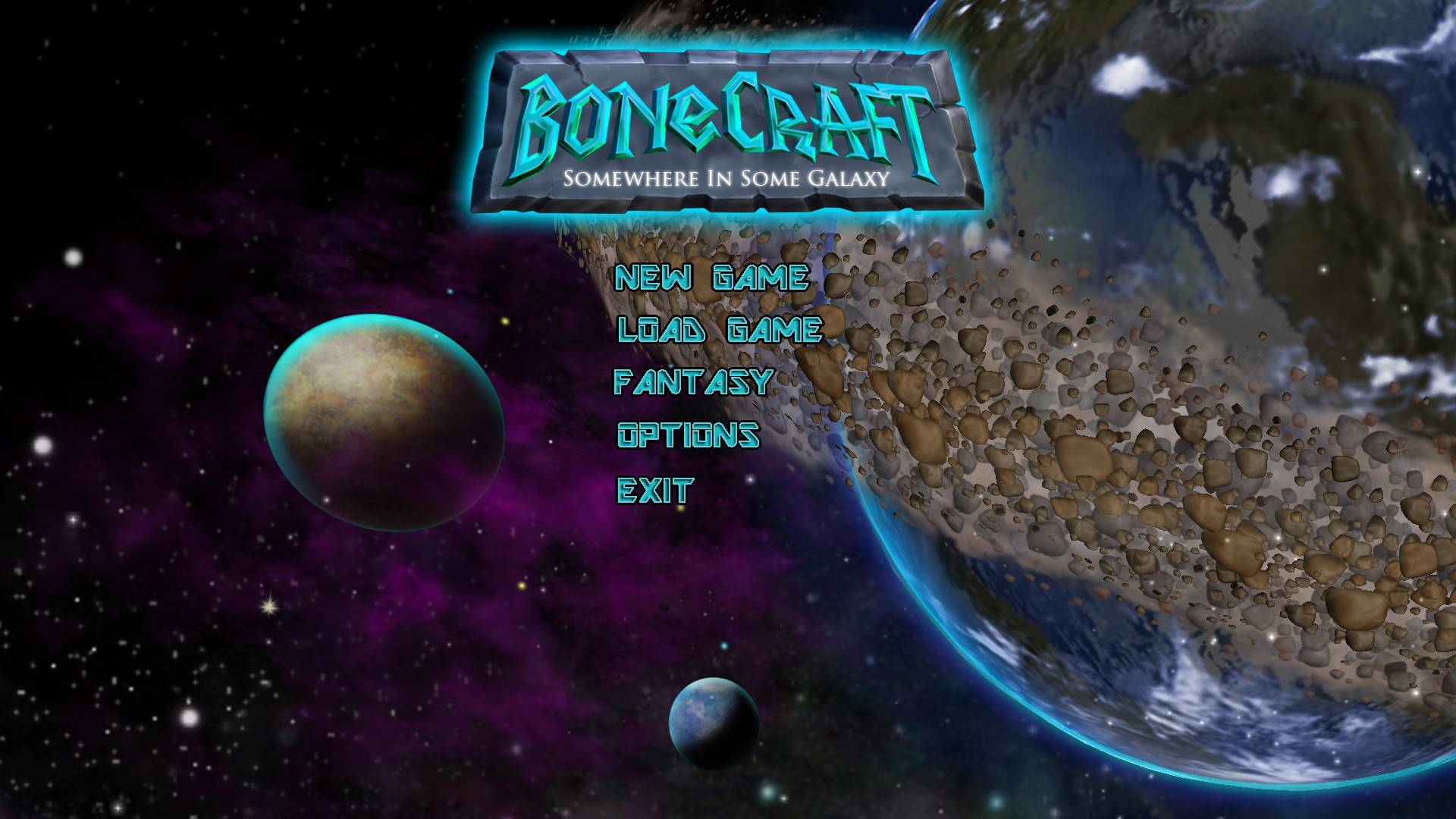 This review will be different from the others because of the type of content within the reviewed game.

It's common in online spaces to see people lash out, doxx, and harass people who create art that they don't agree with. There is this feeling that the contents of the art, betrays the secret beliefs of the artist. You can find examples of this lashing out all over twitter. It affects original artists and fan artists alike. As well as their fans.

There are topics in this game that I don't like. There are jokes that had already aged poorly in 2011. There are characters who make racist and homophobic remarks throughout. The women in this game are heavily objectified and commodified. These are things that make a game difficult for me to like. I want to be clear that while I'm giving this game a (spoiler alert) negative, that doesn't mean that the people who made, or like it, are bad. Everyone has different fantasies. Don't judge them based on how they treat pixels, judge them based on how they treat other living people.

Now with that out of the way, onto the review.

The game opens with the Space Wranglers flying around talking about all the cool sex they have all the time. When suddenly they crash down on a planet full of orcs with only one mission on their mind. Finding elf pussy.

The core gameplay is running around a small 3D area, and fighting. For the most part you need to kill (game says knocked out but I don't buy it) a certain amount of enemies. Often you have to have sex with various women on the battlefield to advance. While you're asking them it's very easy to get hit by an enemy and get interrupted. 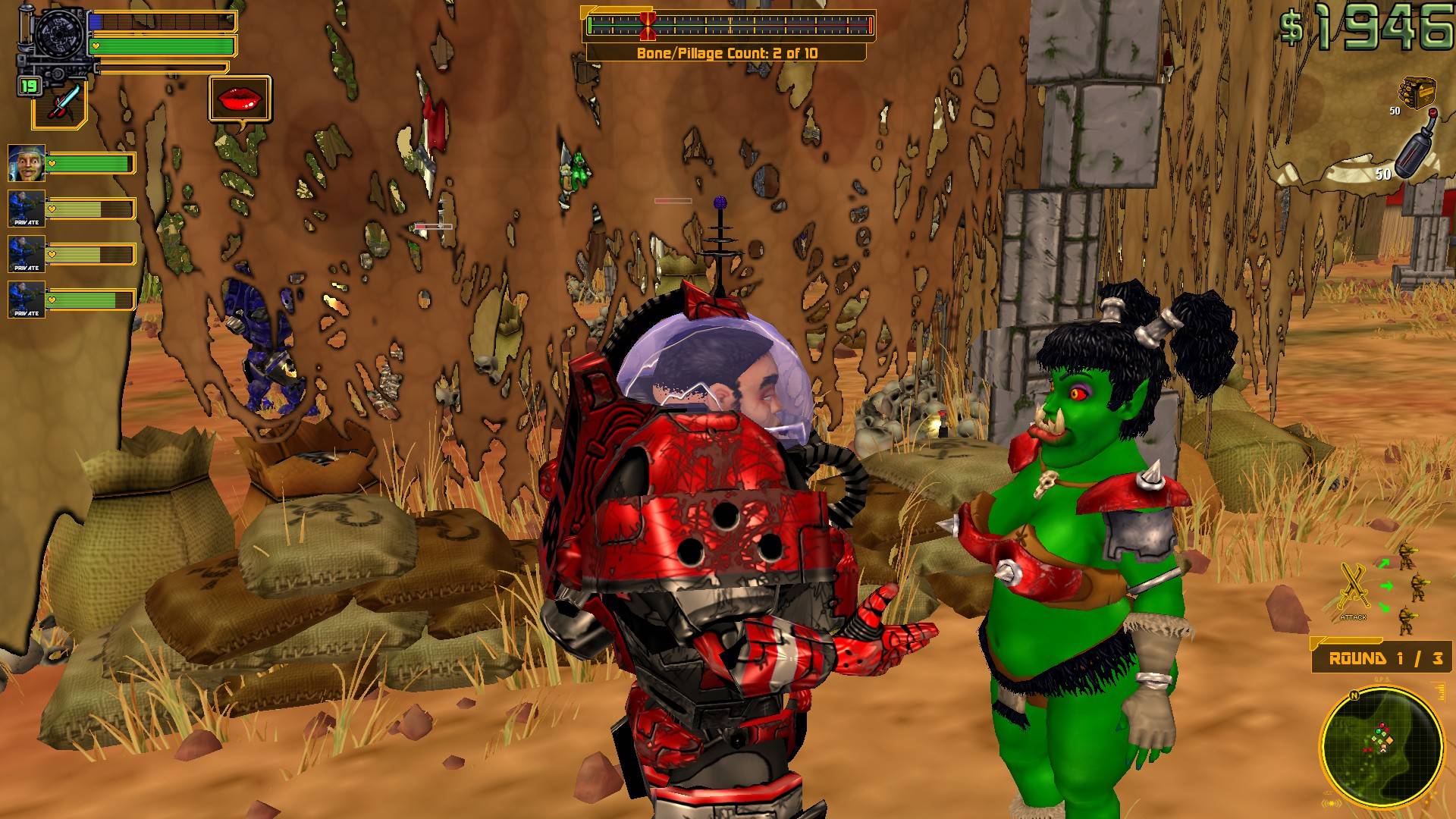 Getting interrupted is almost one of the core gameplay elements in this game. It's so easy to get locked in hit stun. The enemies rarely do much damage so it's mostly just annoying. Fully upgrading the rifle can make the fighting segments of the game go faster. The problem is that each mission as 3 segments, and each segment is the exact same thing. It's usually something like:

It gets very old very fast.

As you follow the story you go from orc enemies to elf enemies. This is the part that started to feel gross for me. When you first meet elves, they're dark skinned and one of the characters makes that "All I see are eyes and teeth" joke. I almost cringed my face inside out. On top of that, the elves are all "metro sexual" (remember that?) and call you gay, or the f-word. One of the achievements you get for killing a certain number is called "smashing daisies" which makes me insanely uncomfortable. The joke wears thin as soon as it's introduced. This sequence does introduce Link into the game though, which is pretty funny. 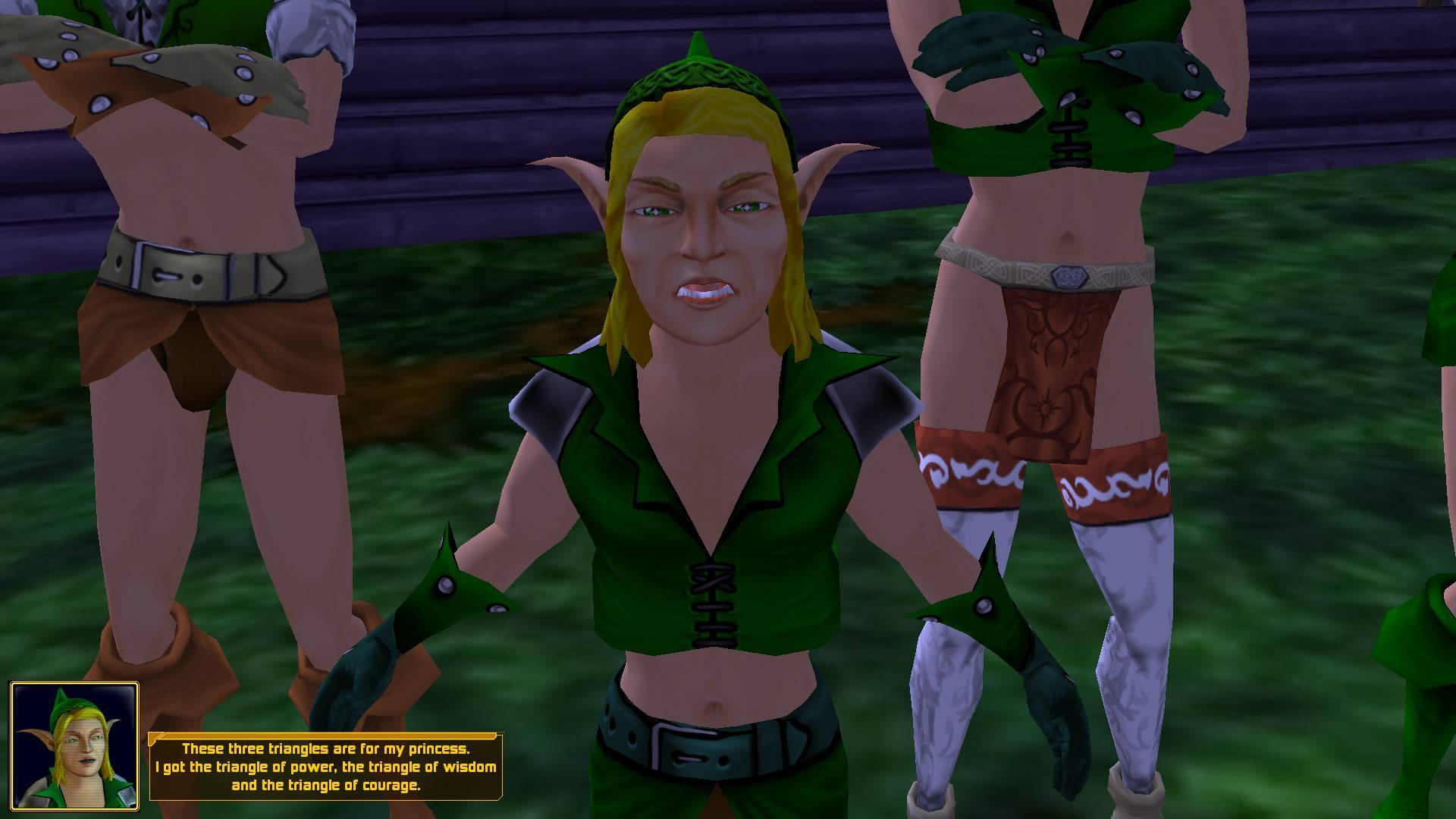 While you fight, your other Wranglers have various voice lines that mostly just pop culture references. They are straight up saying direct quotes from the characters they reference. The three default voices are: Dirty Harry, Arnold, and George W Bush. The commander is Tychus from StarCraft, so he says, "It's about damn time", many times each mission. 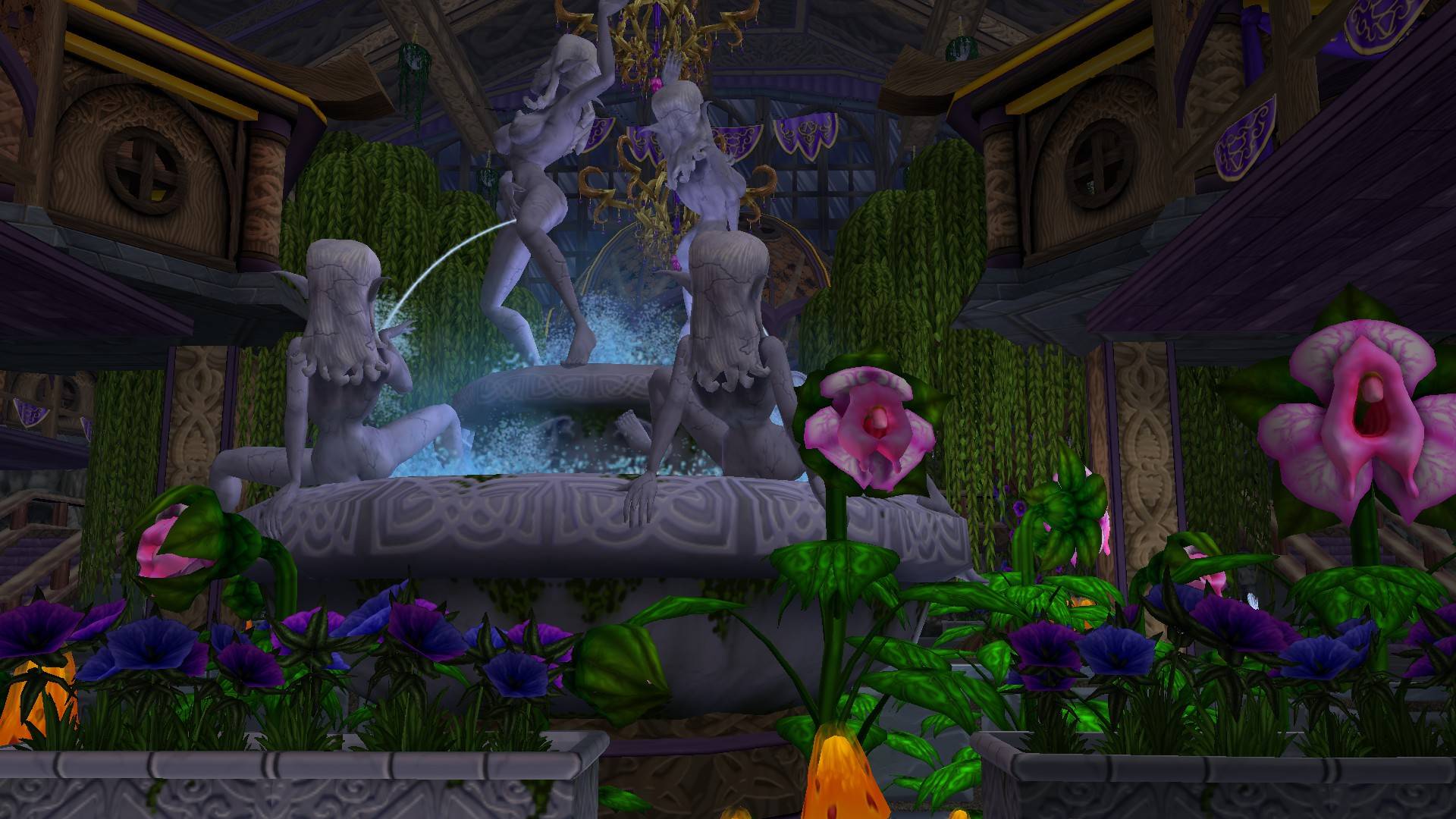 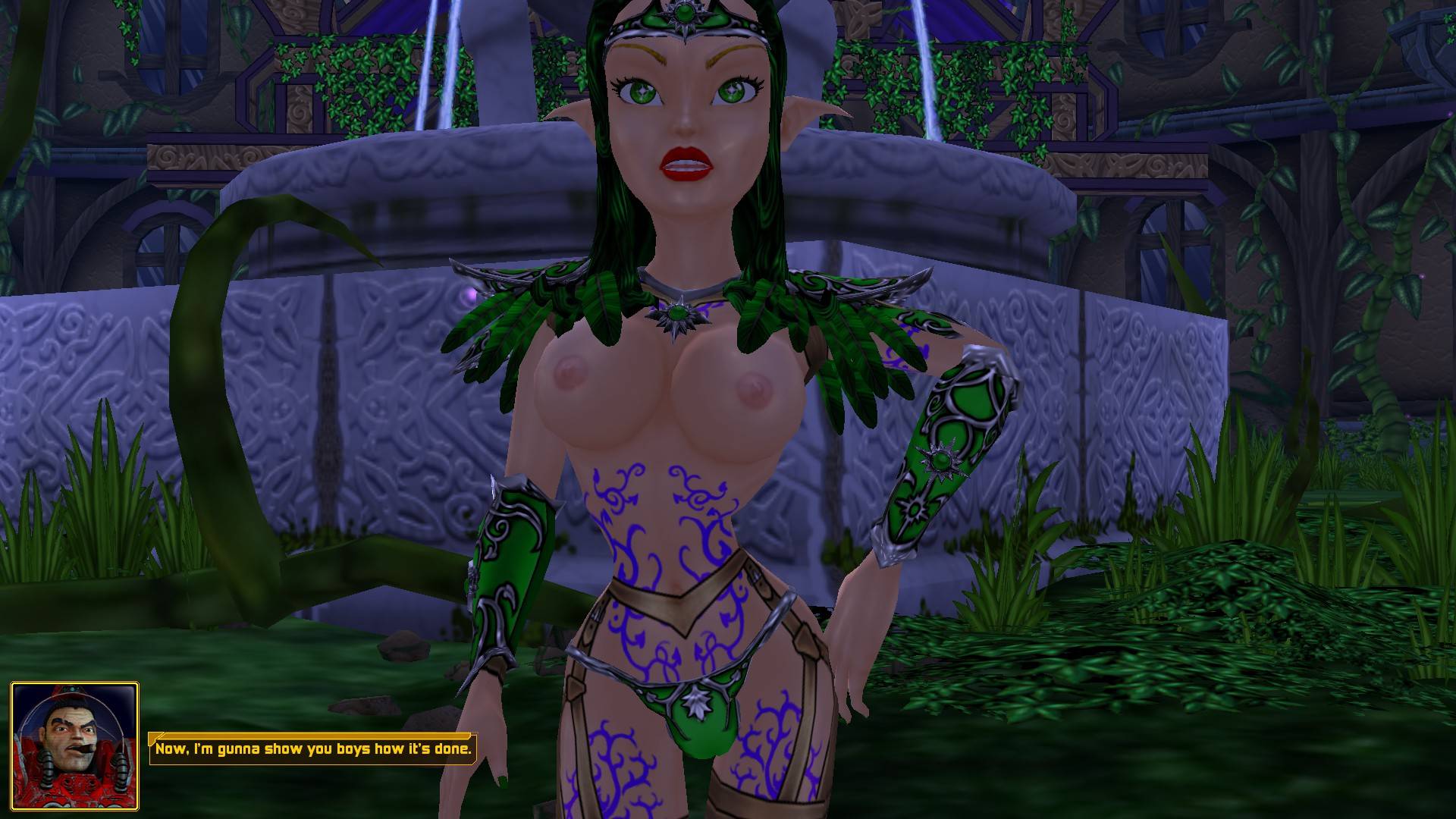 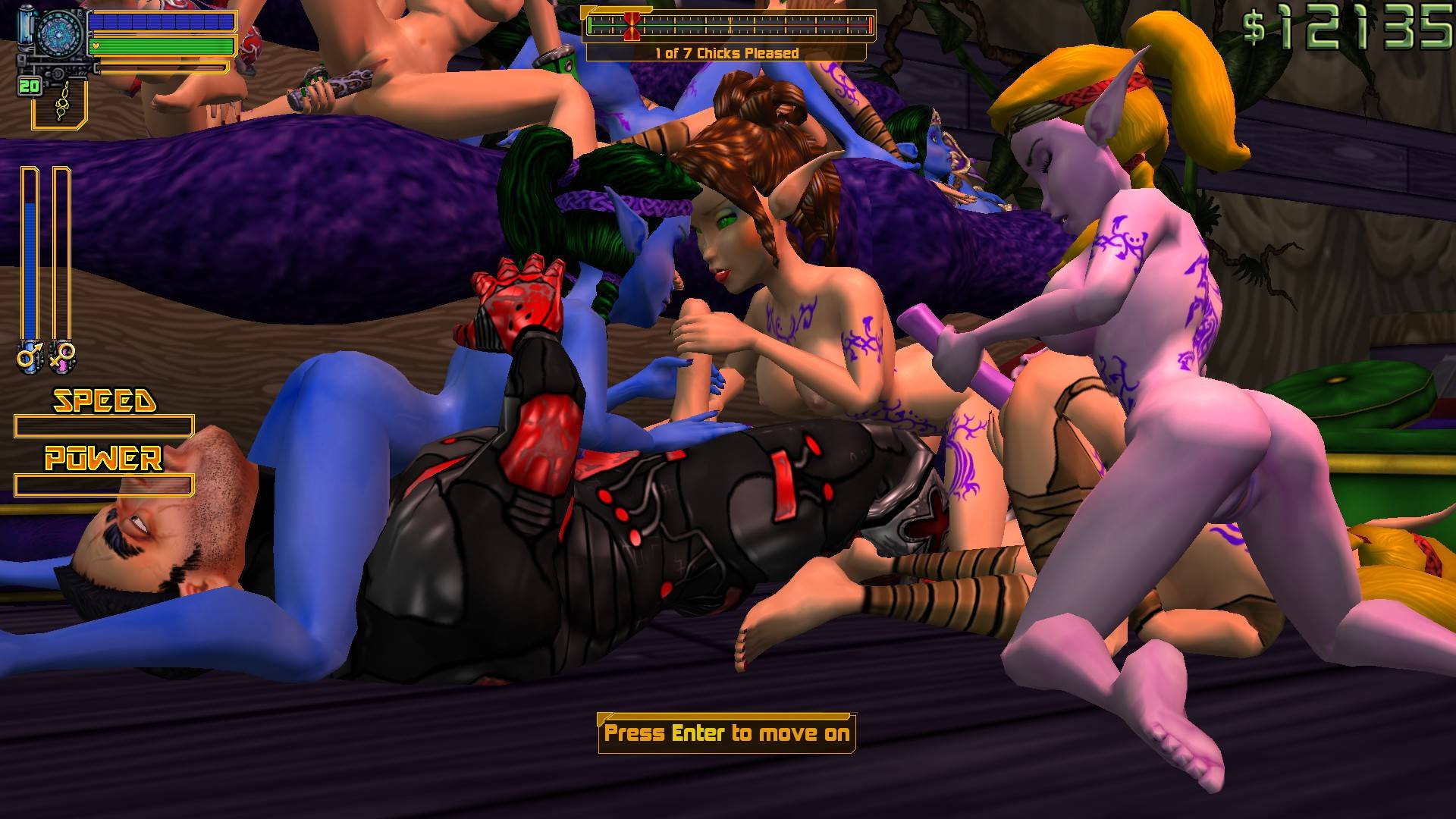 The core gameplay is clunky and frustrating. The jokes sound like they came from a high school quad in the mid 2000's. The characters are supremely unlikable. I honestly couldn't bare to play it for longer than 30 minute increments, until the last day when I finally sat down to end it. It has fairly positive reviews on steam, so someone likes this, but it's definitely not for me.

The only joke in this entire game that got a legitimate laugh out of me instead of a cringe, was this Rosie from The Jetsons sexbot. 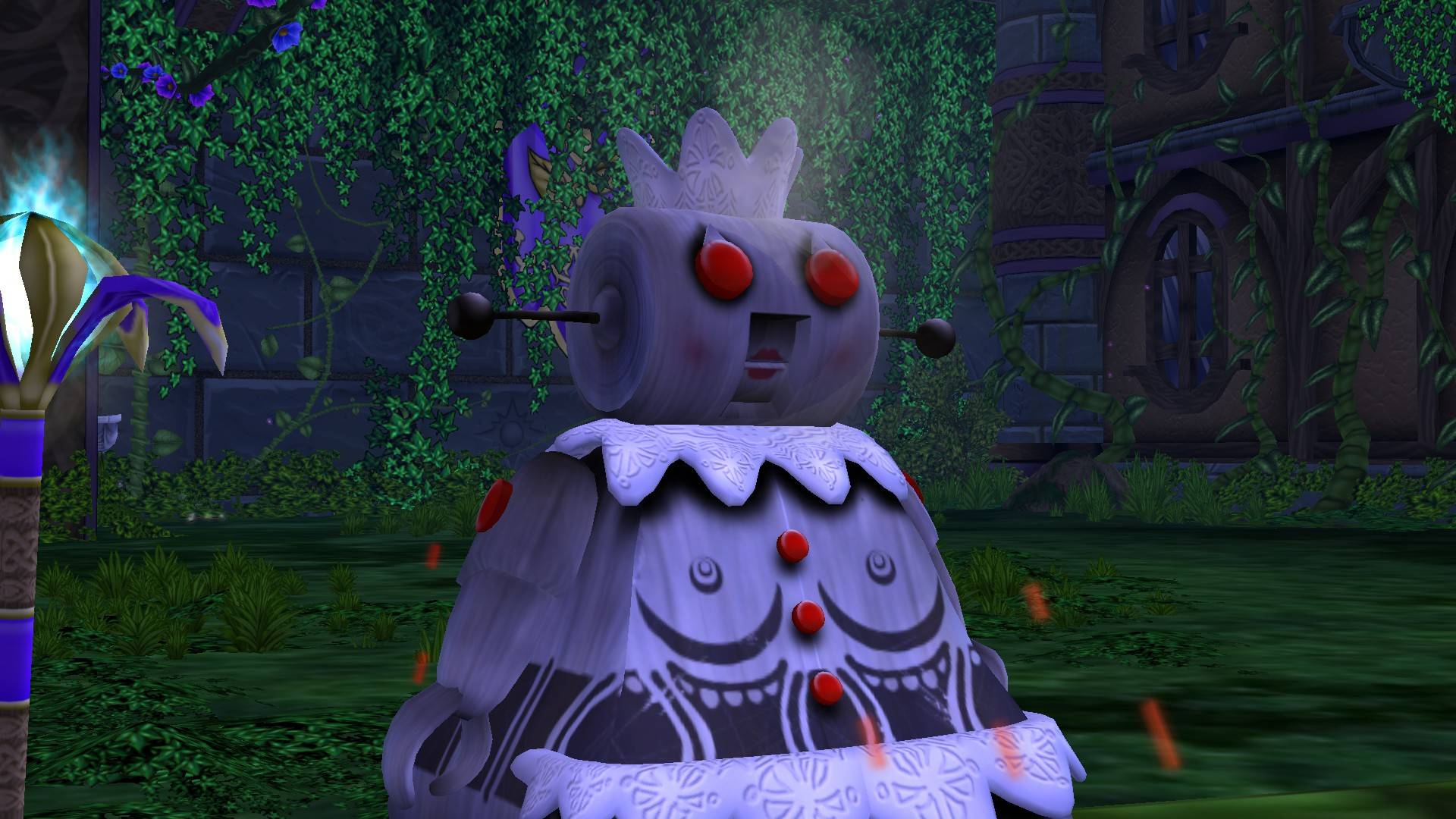 If you'd like to see video of my playthrough, be sure to subscribe to the Cuties tier on Patreon.