Genital jousting is a game in which you control a member of peen-society who is trying to compensate where he has fallen short in life. It’s a humor game where the challenge comes from it being hard to control a character while trying to do mundane things, ala Octodad or QWOP. 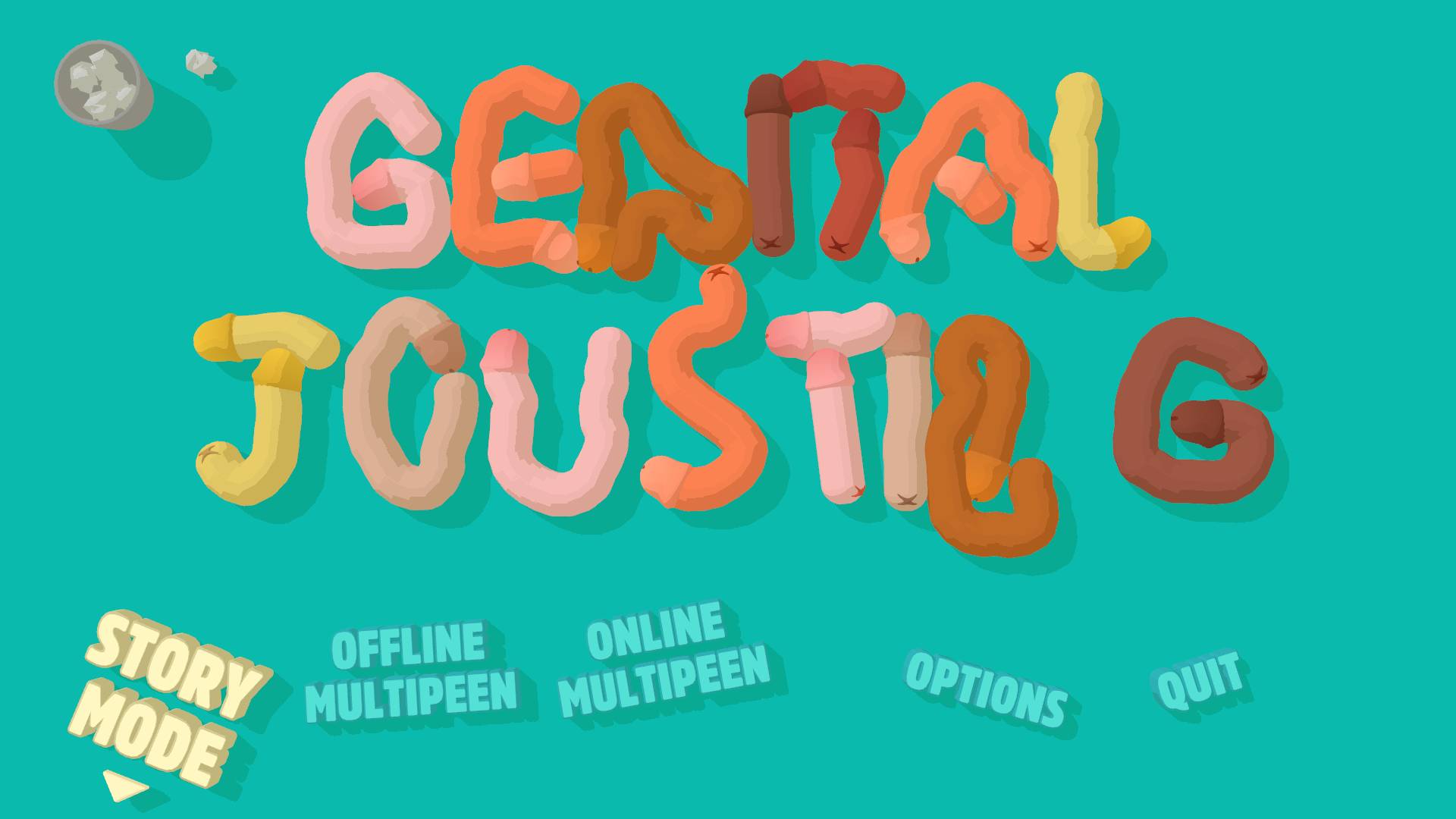 Early on I want to clarify a small nitpick I had with the game, though it is called Genital Jousting, there are only penises in it. There are no other genitals. Now I understand the power of alliteration and it is an evocative name. But I would suggest a name like Phallus Fencing, which more so clarifies that you are in for floppy fun specifically. 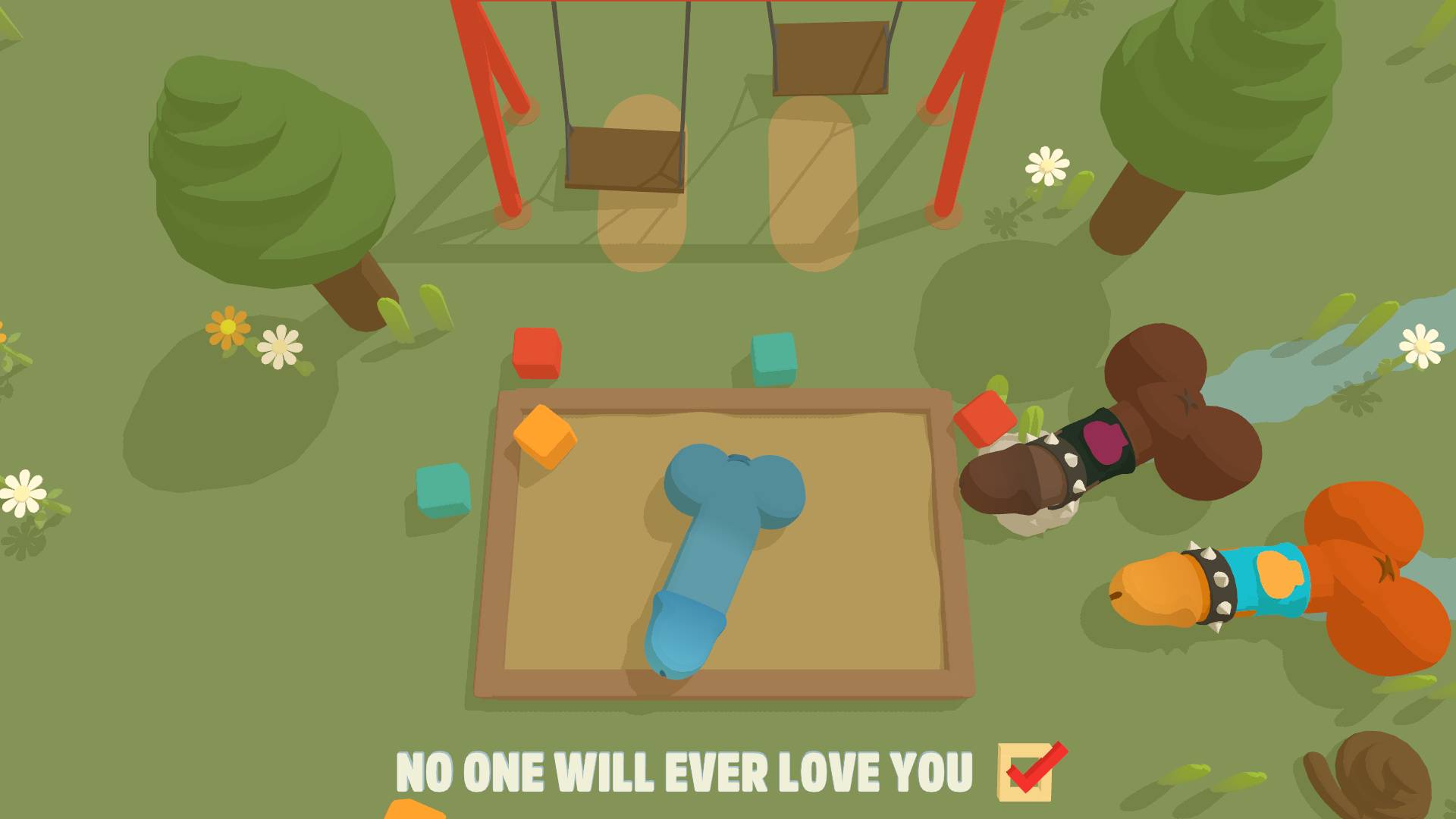 The plot of the game follows John, an average seeming member of society. We join him stiff with fear as he has just learned of his high school reunion. He is anxious to return to the place that no one loved him and everyone rejected him.

John decides that the best way to show off to the peens of his past would be showing up to his high school reunion with a pretty peen who will be the envy of all his former classmates. He decides to court his coworker, bragging to her about his new promotion. However, she grows more flaccid about John the more she gets to know him, closing the door in his head at the end of their date. 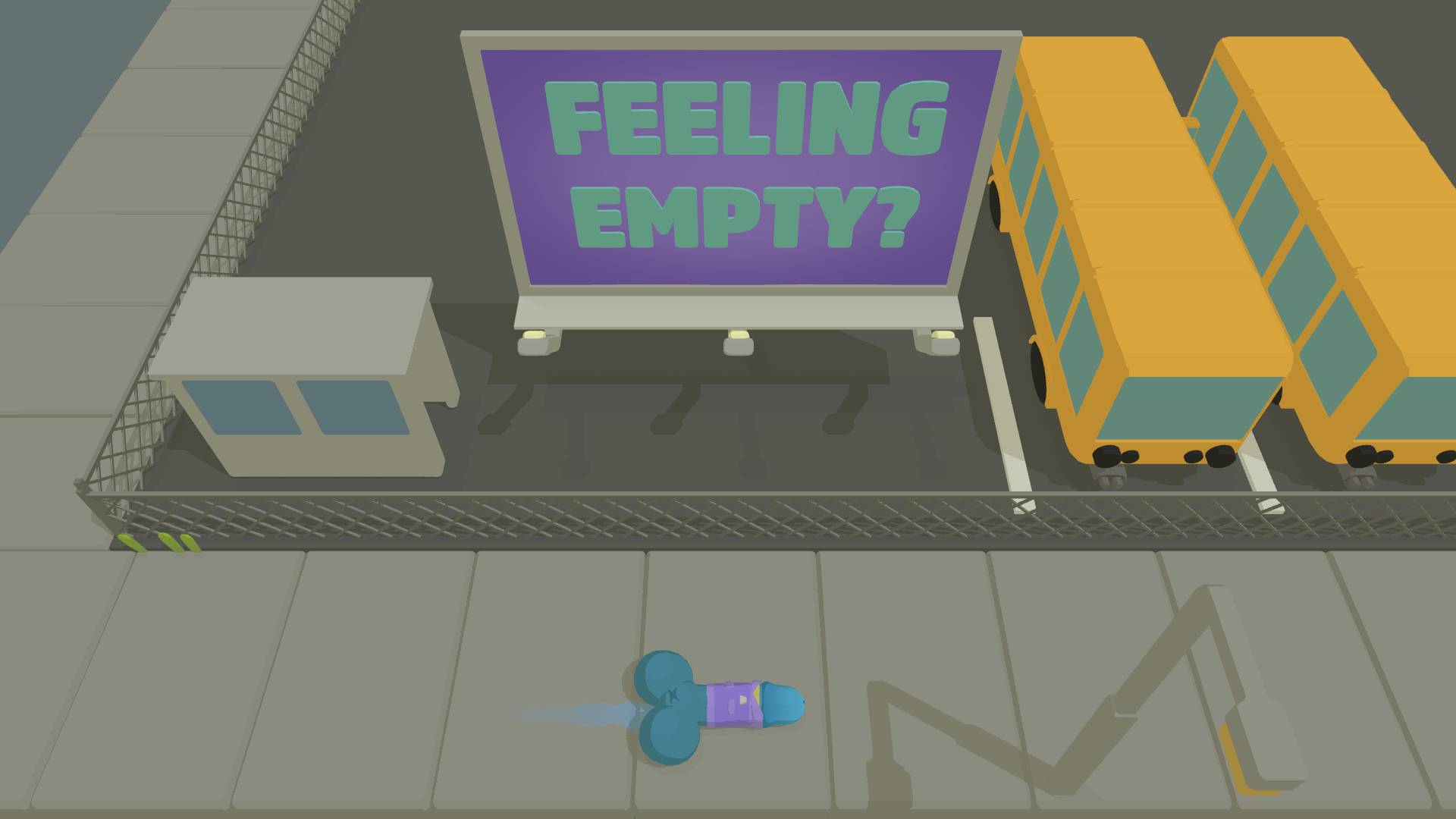 John, Realising that he has nothing to offer as a member… of society, decides Hard cash is the way to a pensive partner’s pulsating core. So he does what anyone who feels unsure of themselves does: he goes on a spending spree, blasting his fat wads all over town. 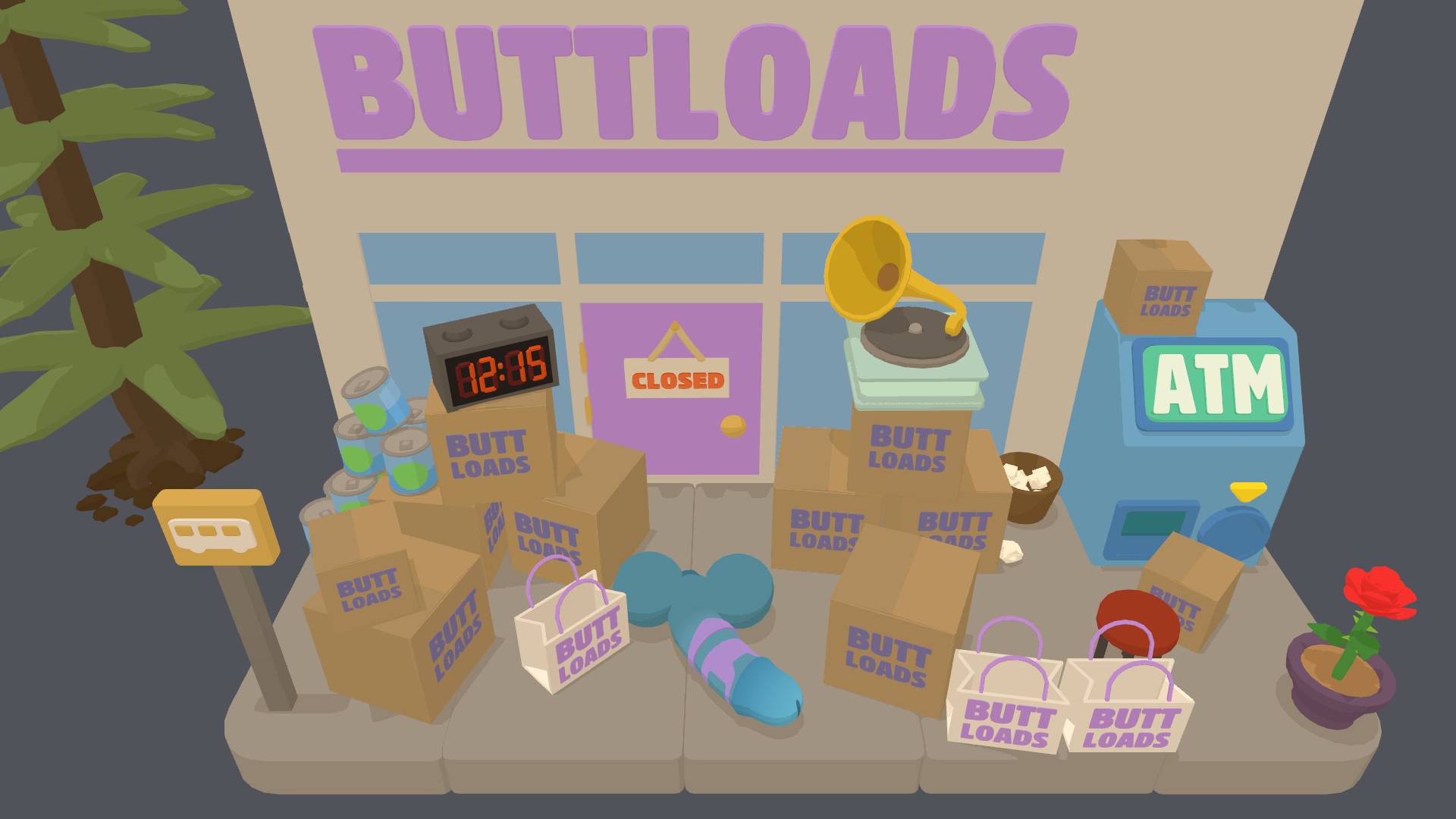 Despite all his lovely possessions, John’s ugly personality drives away all potential mates. So he decides to become rock hard and will curl weights until others love him as they should. After hitting the gym for months and transforming his physical self, no one cares anymore about John than before.

He ends up at the reunion alone and engorged with rage. He lashes out at his peers who he views as the source of all his anguish in life. Only for it to be revealed to him that the reason no one liked him growing up was that he was… a dick.

The gameplay was overall fine, I had fun while playing the game for the most part, though the controls and physics did become frustrating at times. Which I guess is sort of the point of these types of games. But on a couple of occasions, I ran into issues where controlling my unit was hard for reasons that were unenjoyable, such as progression items ending up under props, or trying to move through small spaces. Or times when the challenge moving didn’t feel fully intended: there is a specific outfit in the game which has a little hat, the hat has collision and causes you to move much slower as it drags along the ground; forcing me to wiggle and giggle to make John lose the hat each time I enter a scene. 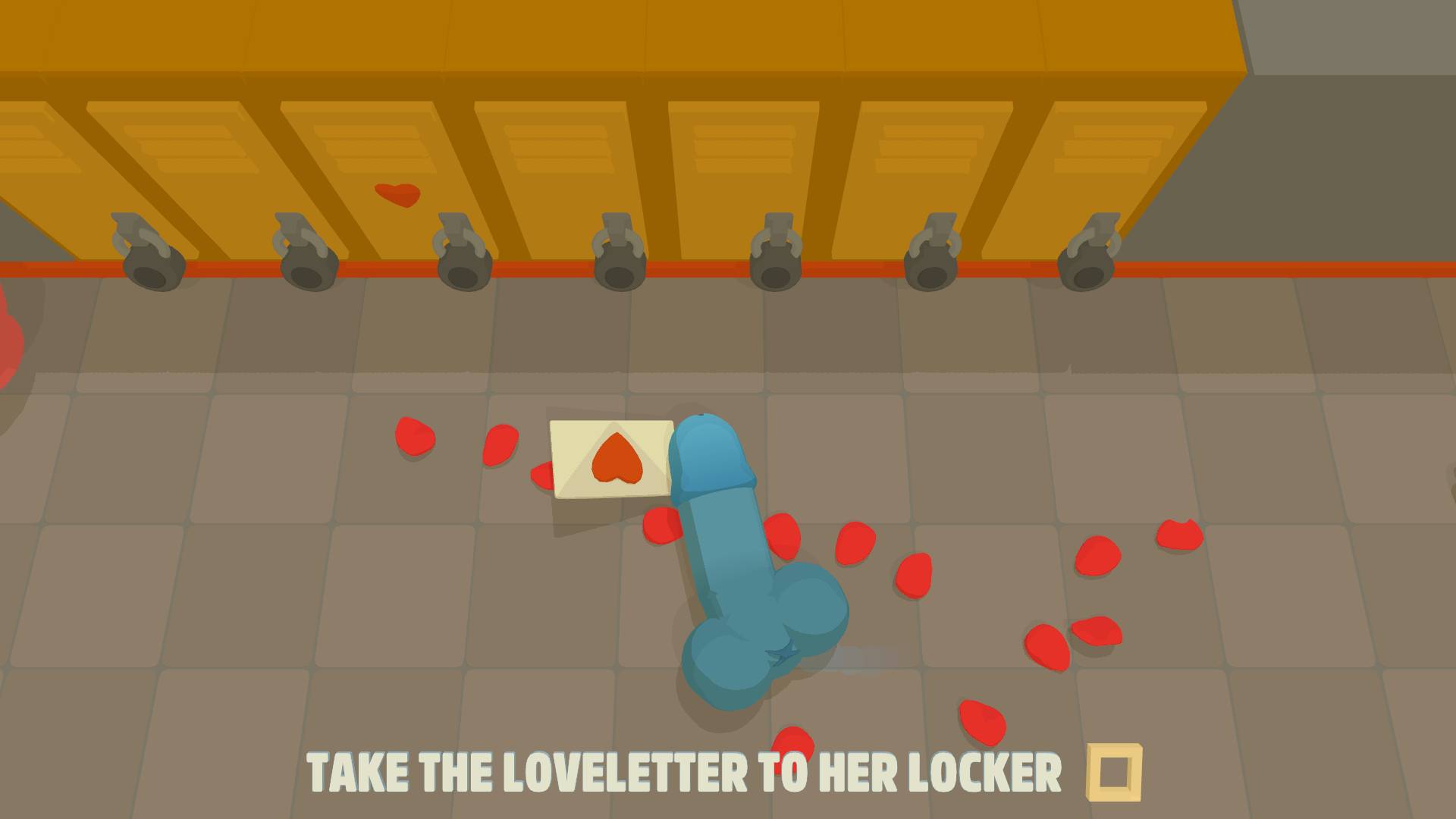 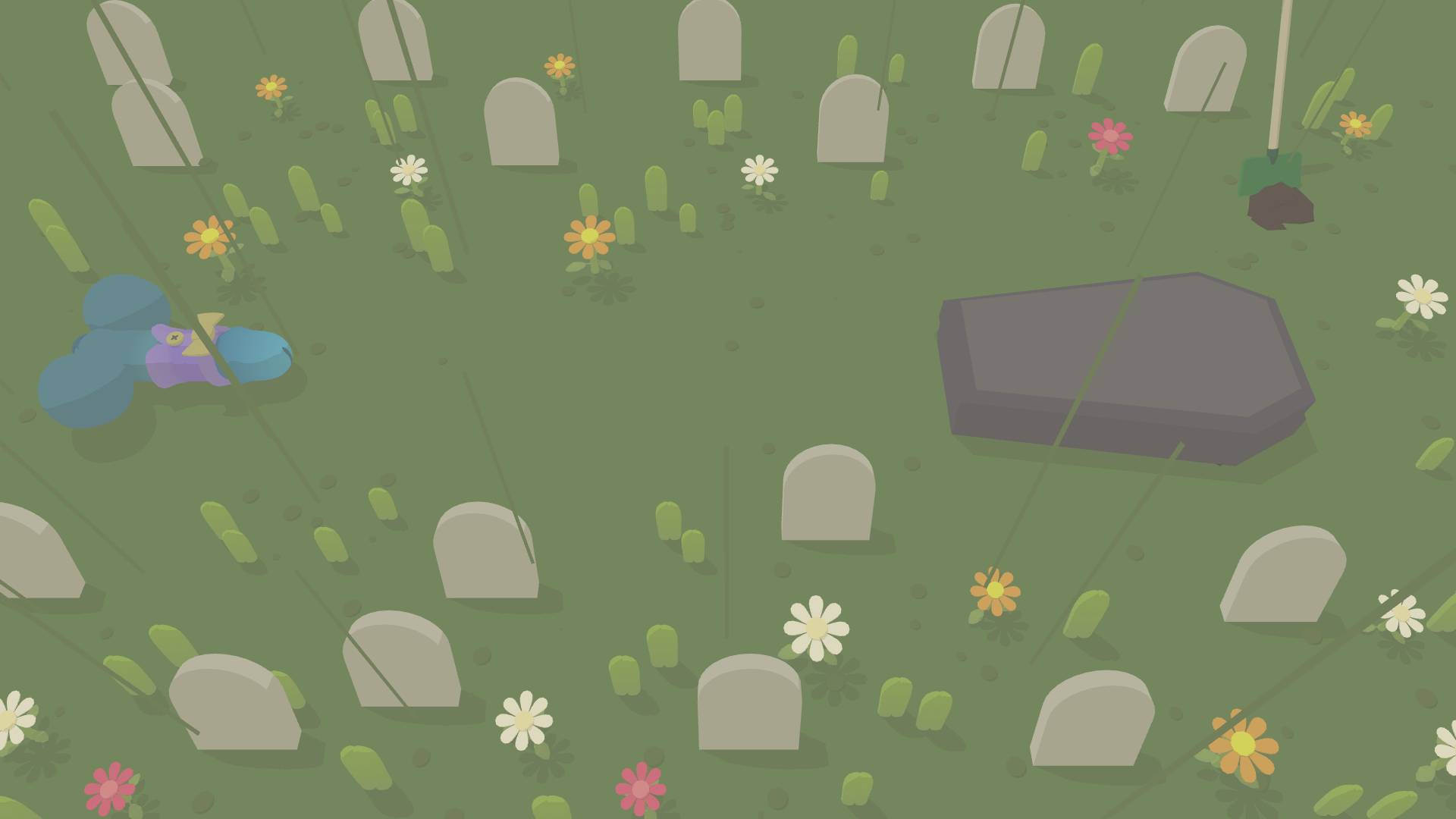 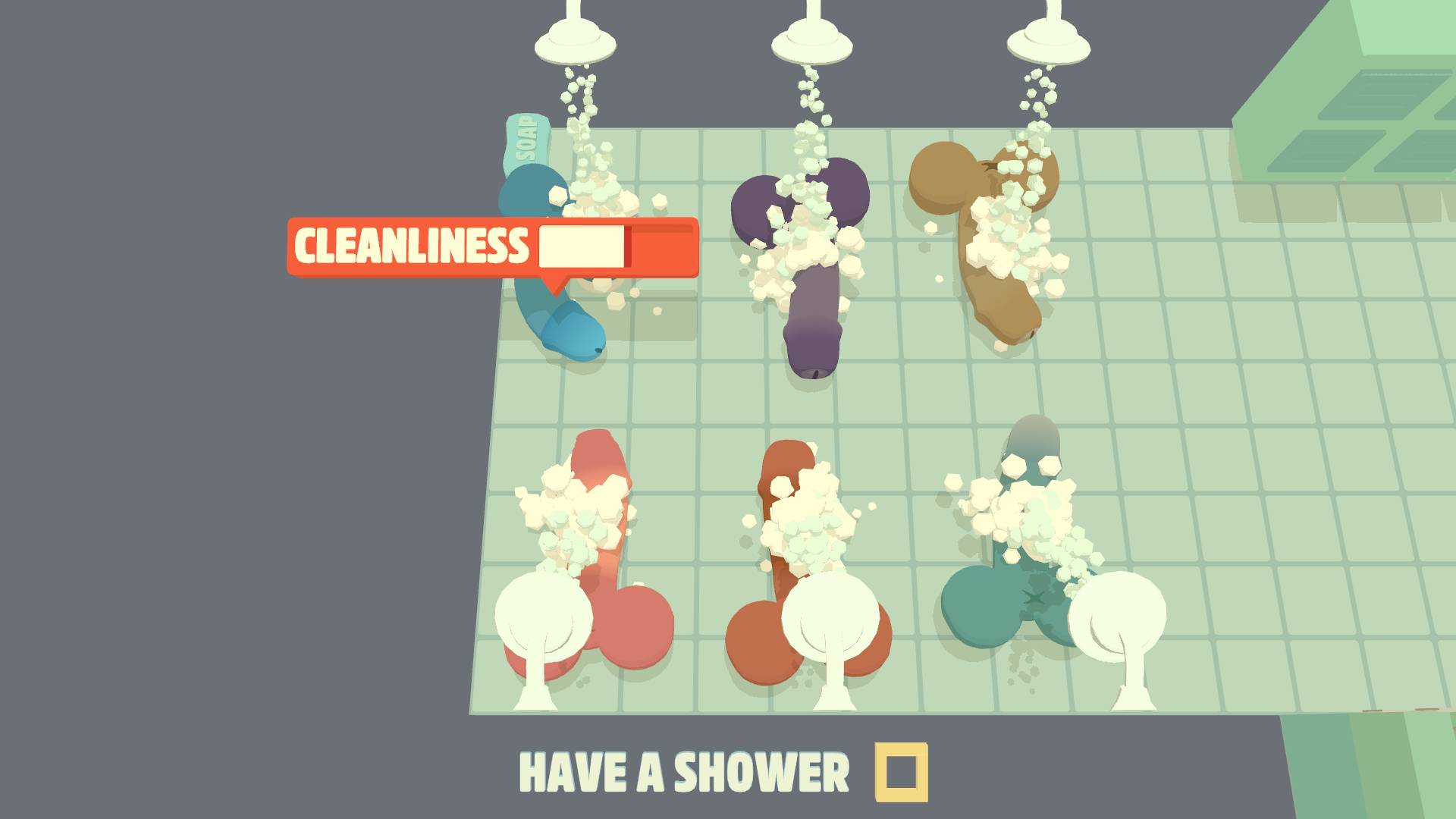 I enjoyed the game Overall. It was well written and I was curious to see where the story went the whole time. Though the gameplay did not pull me in, it in no way hindered my enjoyment of the game. It was a fun, light-hearted way to unwind. And it has a nice little message: The world is a dick, but that doesn’t mean you have to be.