Kaede can't hold it in

Kaede the Eliminator / Eliminator 小枫 is a third person survival mode shooting game developed by Moyashi Research Institute and published by DLsite. It's available on steam with much of the R18 content edited out, but it you can add it back in by downloading the official patch from DLsite. 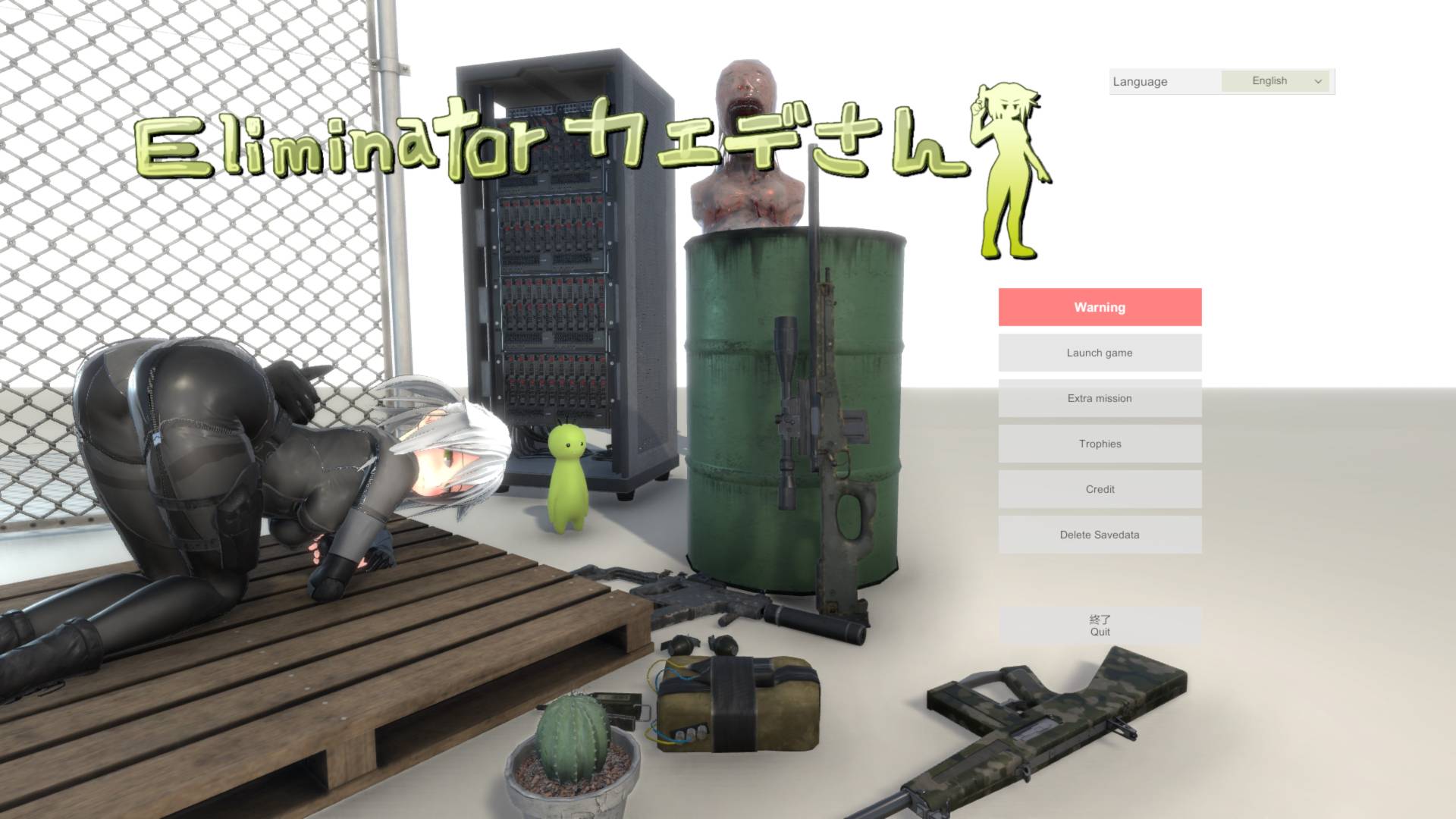 You take control of Kaede. A strong, sexy militant woman who seems to be alone in a fight against untold horrors. You explore an abandoned city and fight wave after wave of naked mannequin monsters. The monsters seemed to be based off of SCP-173, which is based on an art piece by Izumi Kato.

There are four modes of gameplay. The core gameplay is survival mode. Monsters come at you in waves and you need to survive for as long as you can. Between waves you can construct barricades, healing items, turrets, and other tools. That all costs money (CP) which you won't get any more of until you die, so you have to be careful. There are a few different types of enemies, such as ones that blow up, shoot blood at you, or are invisible. 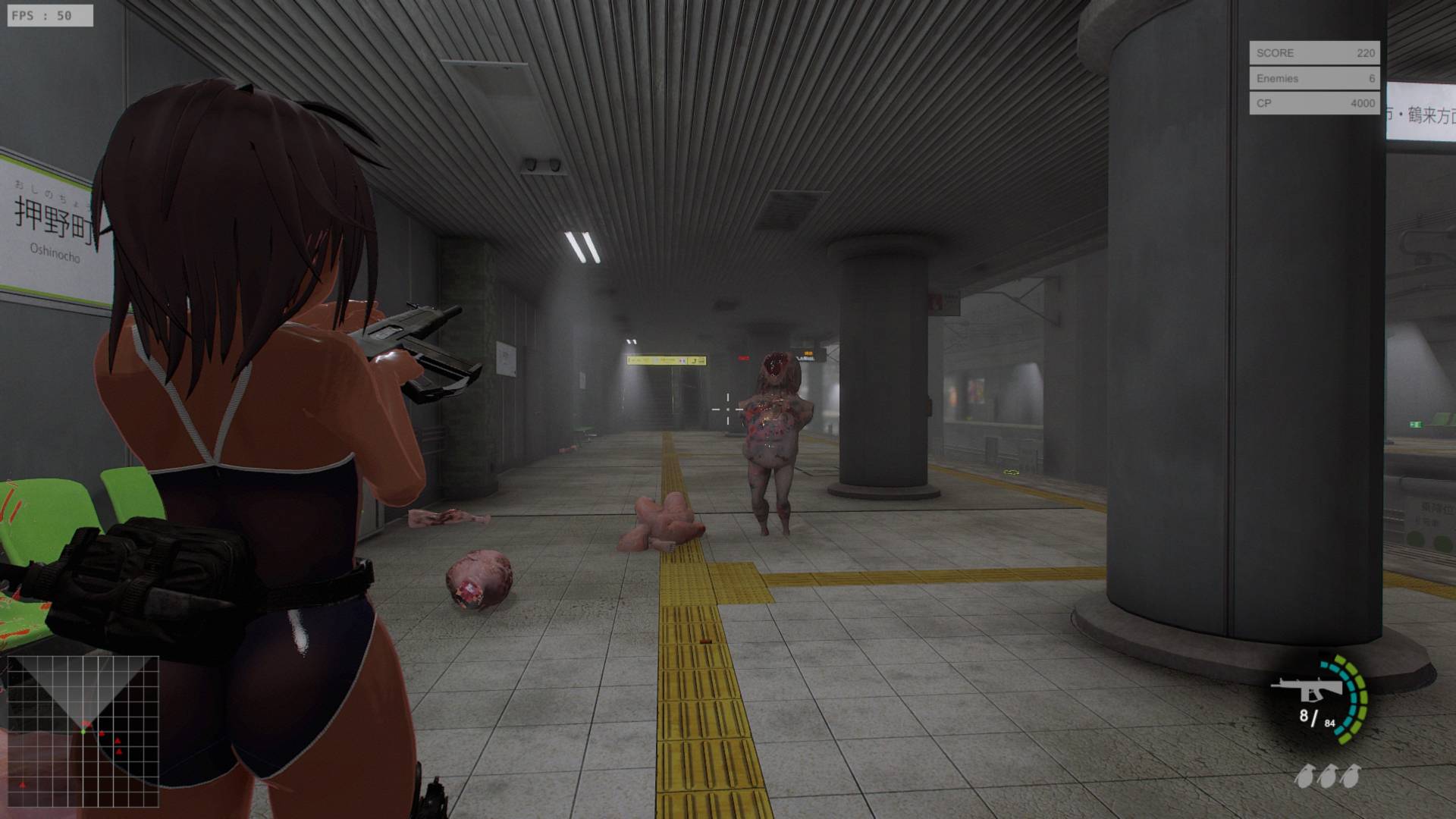 Taking place in the same area as survival mode is exploration mode. You are on the same map, but can explore without worrying about monsters attacking. This is the easiest way to go about gathering the various collectibles in the game.

Sniper mode is the quickest way to make money in the game in my experience. You are atop a tall sniper perch and shoot as many monsters as you can in the time limit. There is no risk to you and you have unlimited ammo. SSS Rank is very easy to get in this mode. 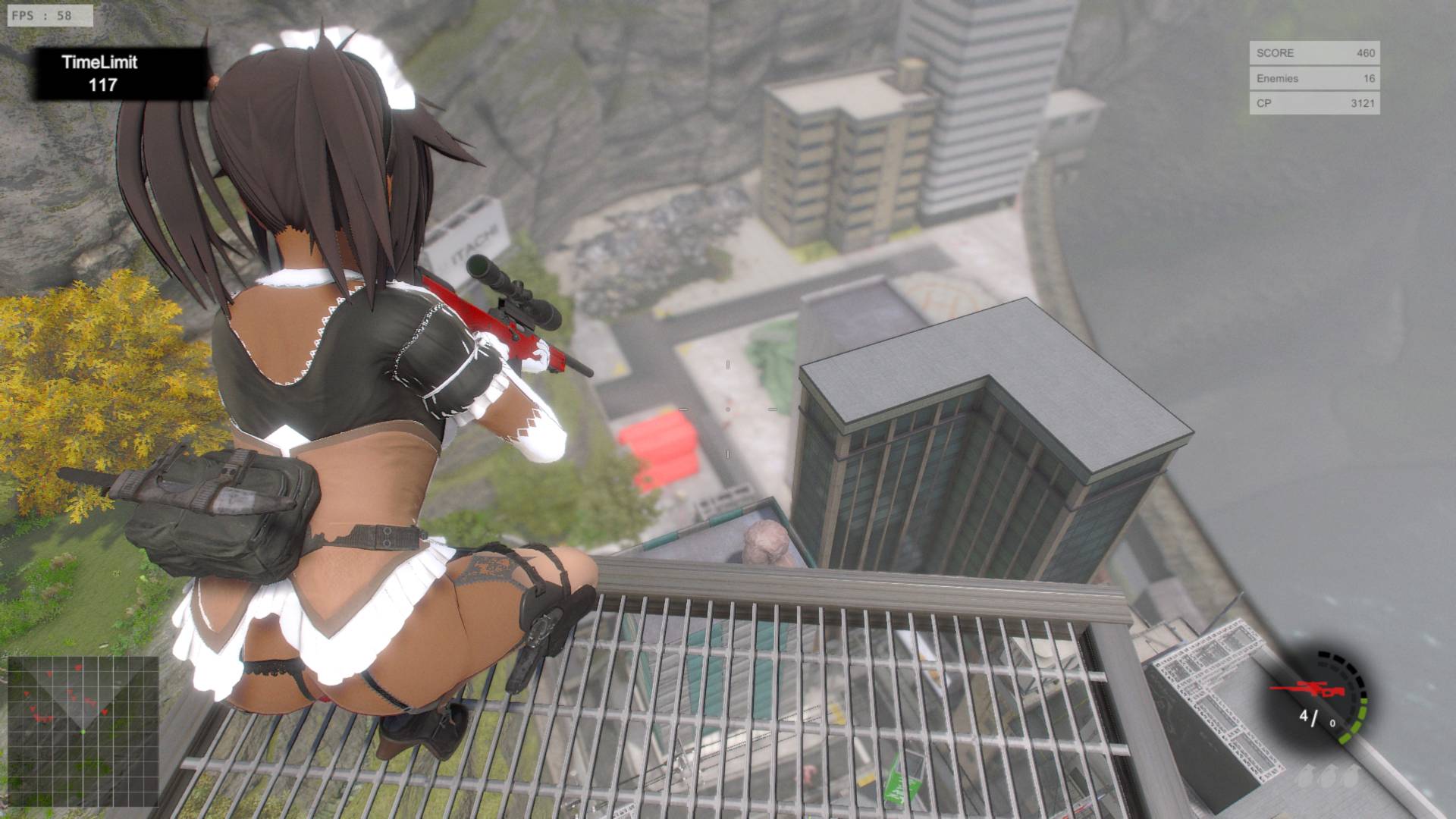 Finally, Extra Mission is a mode in which you have a time limit to traverse a course and shoot red balloons. It's the mode I had the least fun playing because it gets repetitive fast. 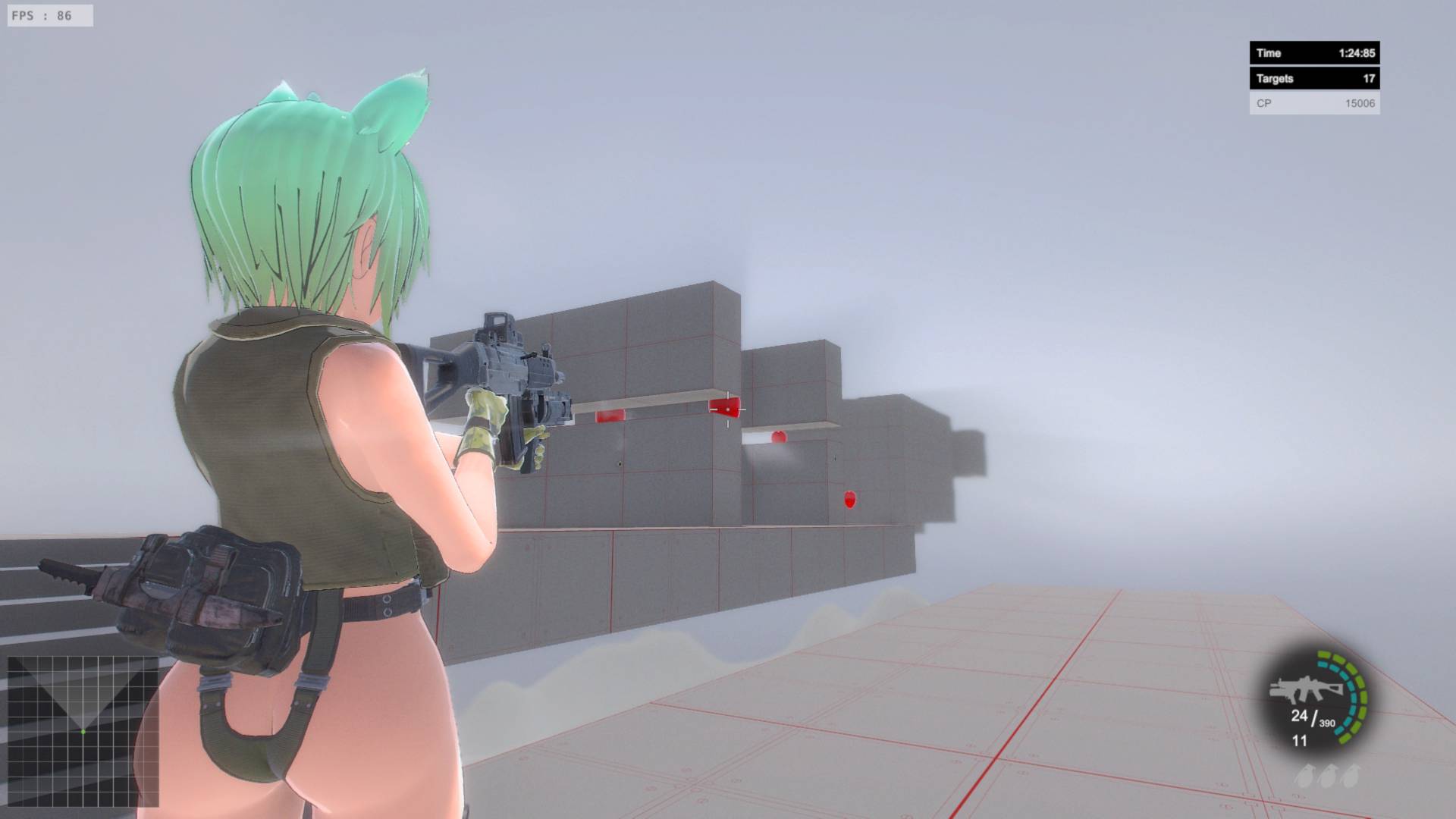 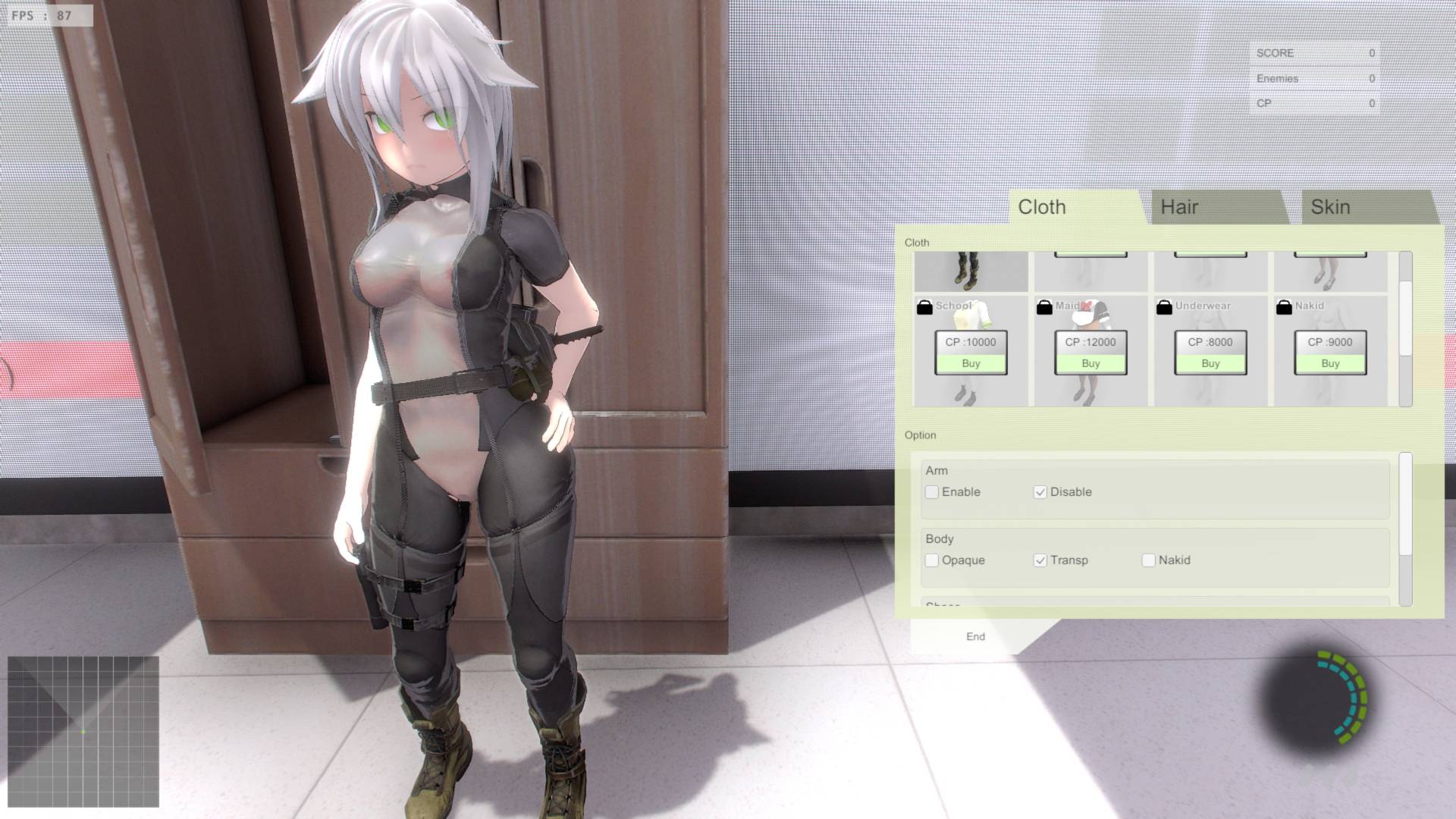 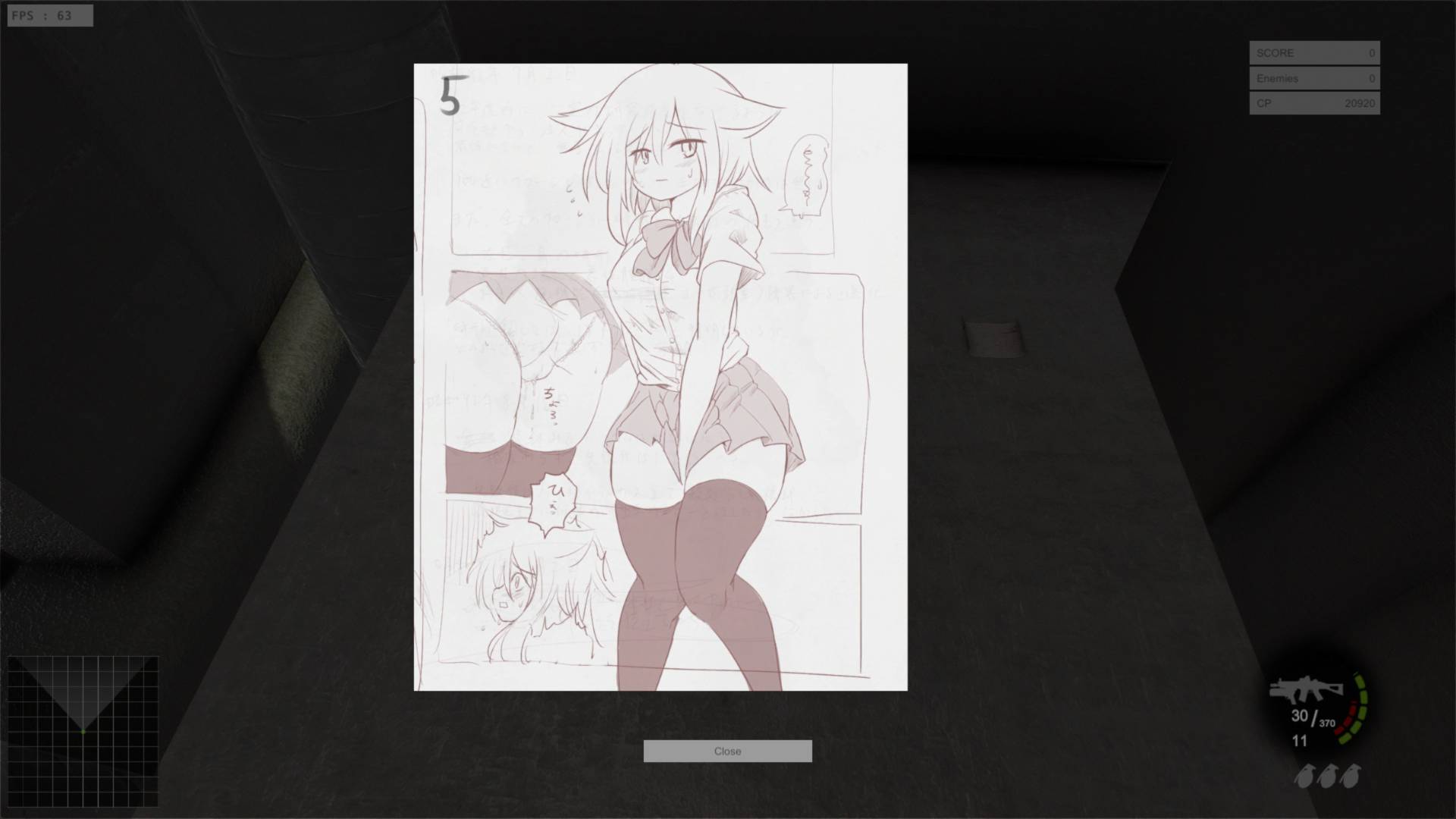 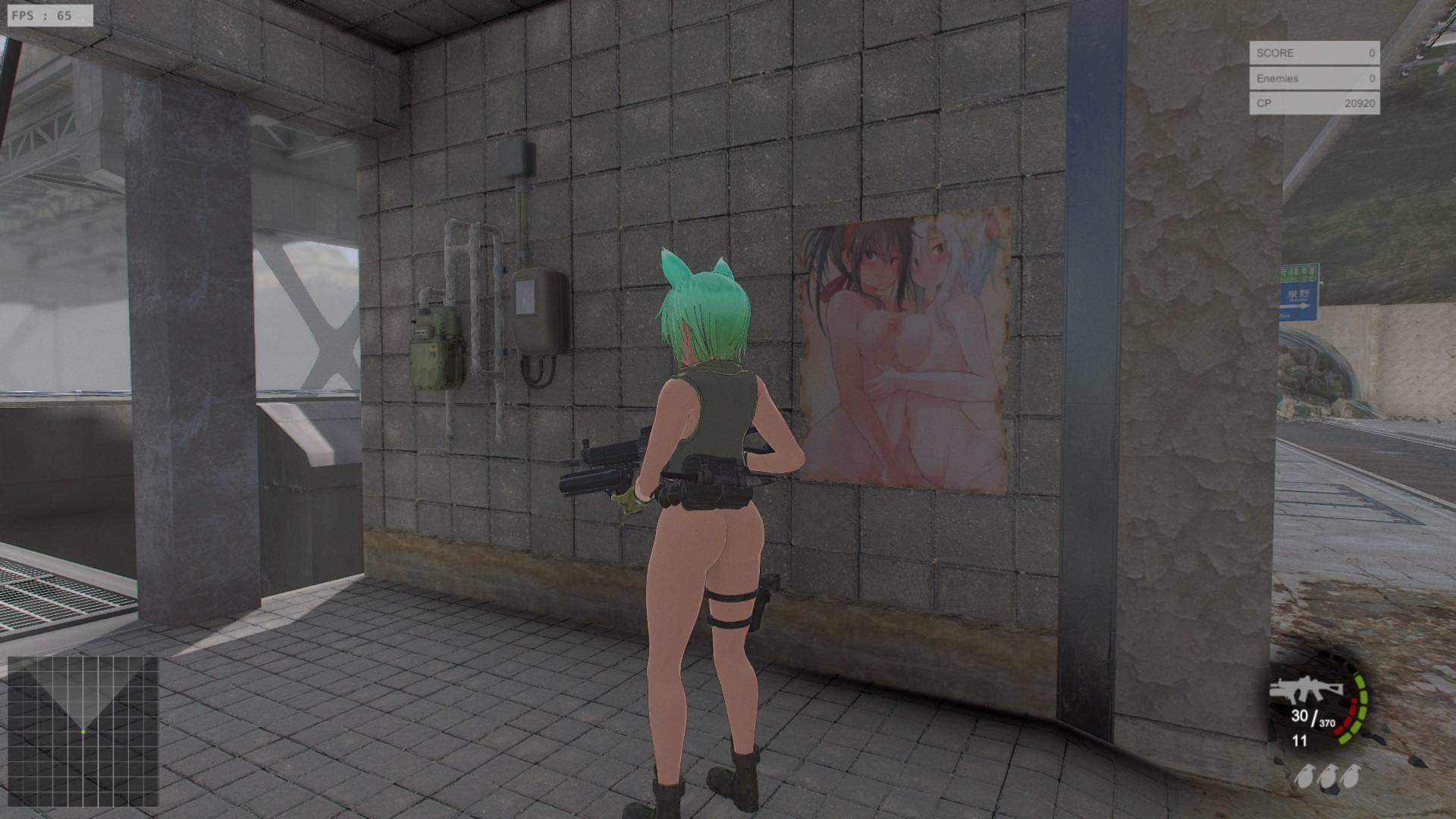 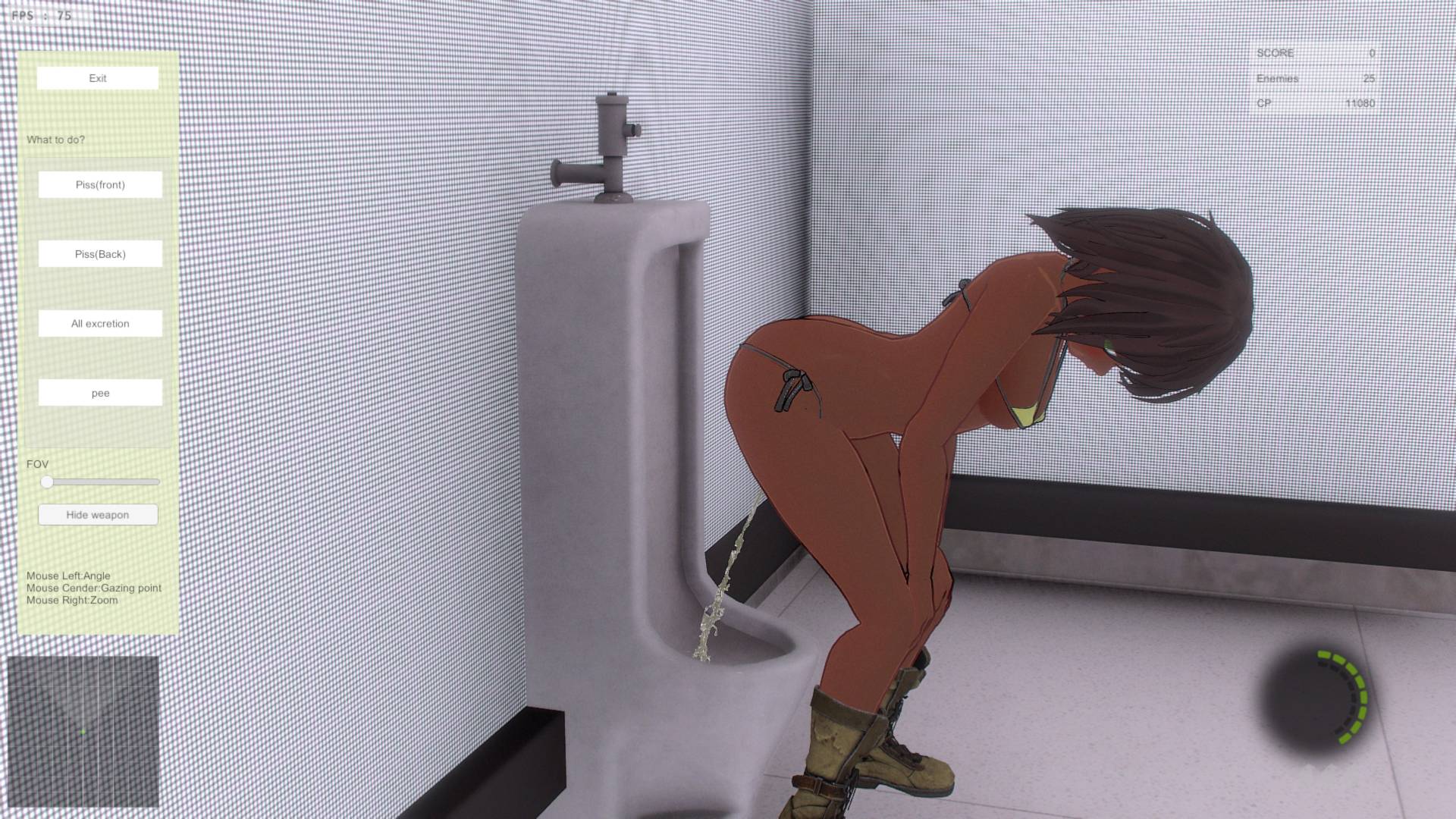 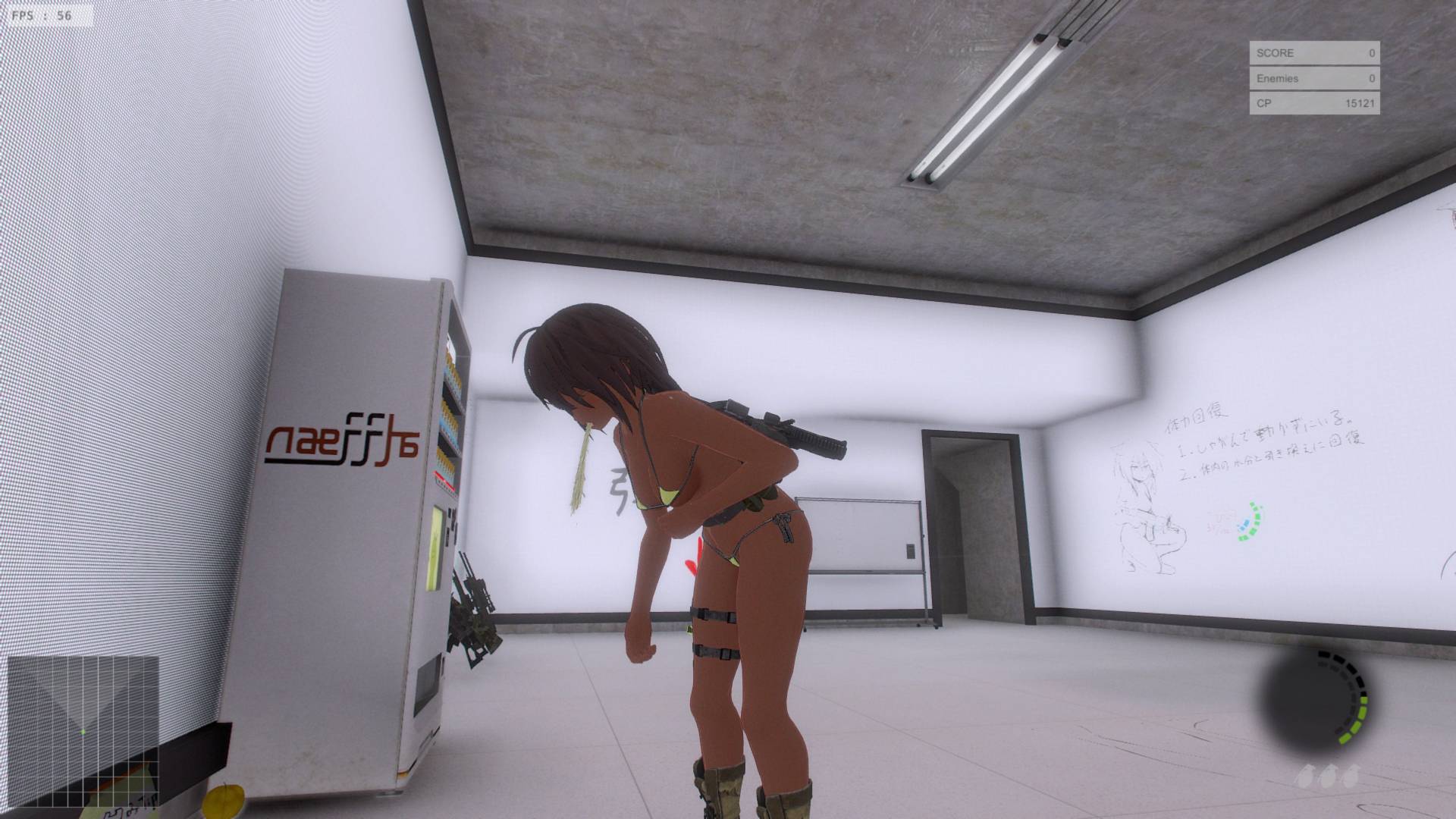 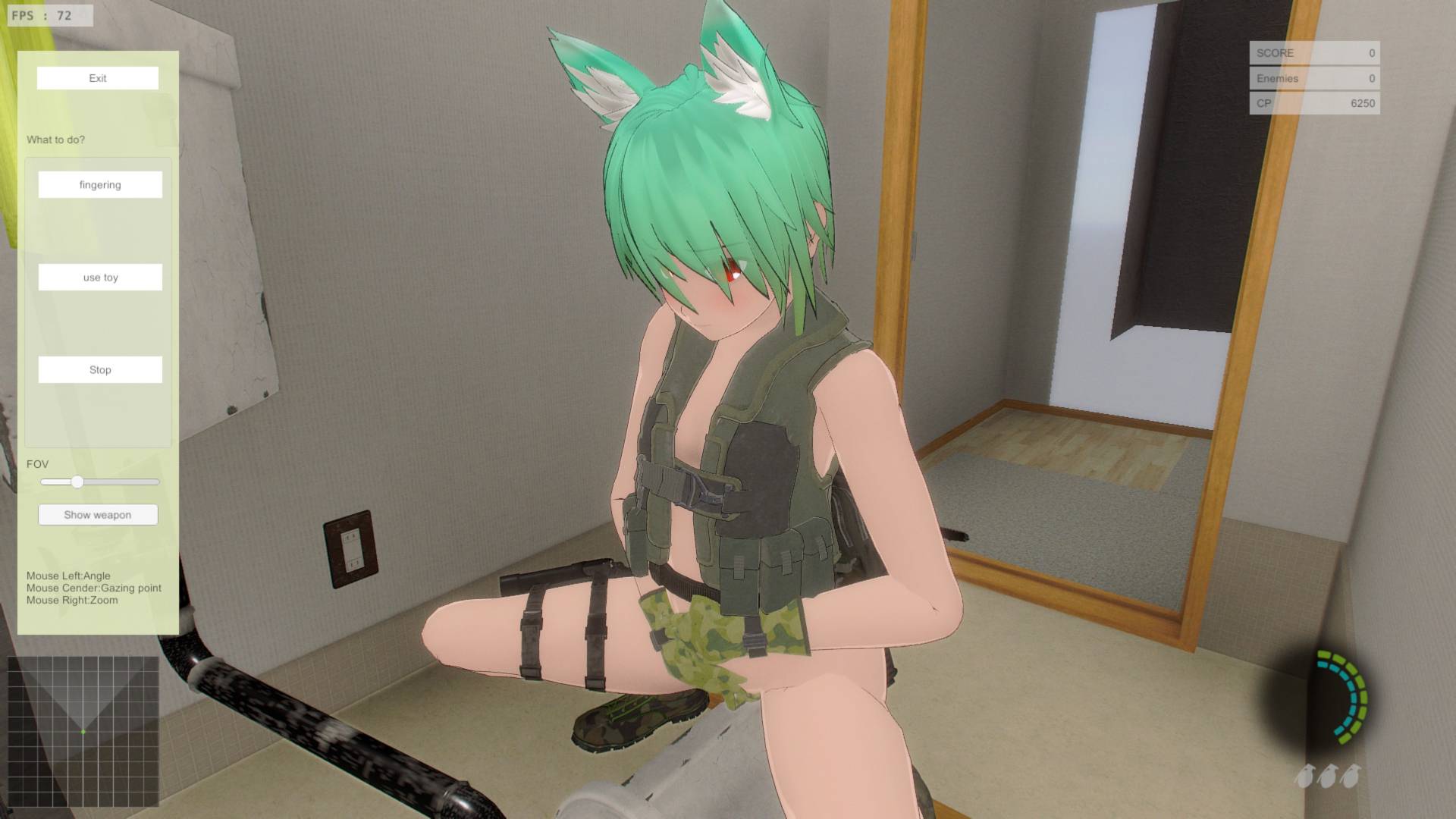 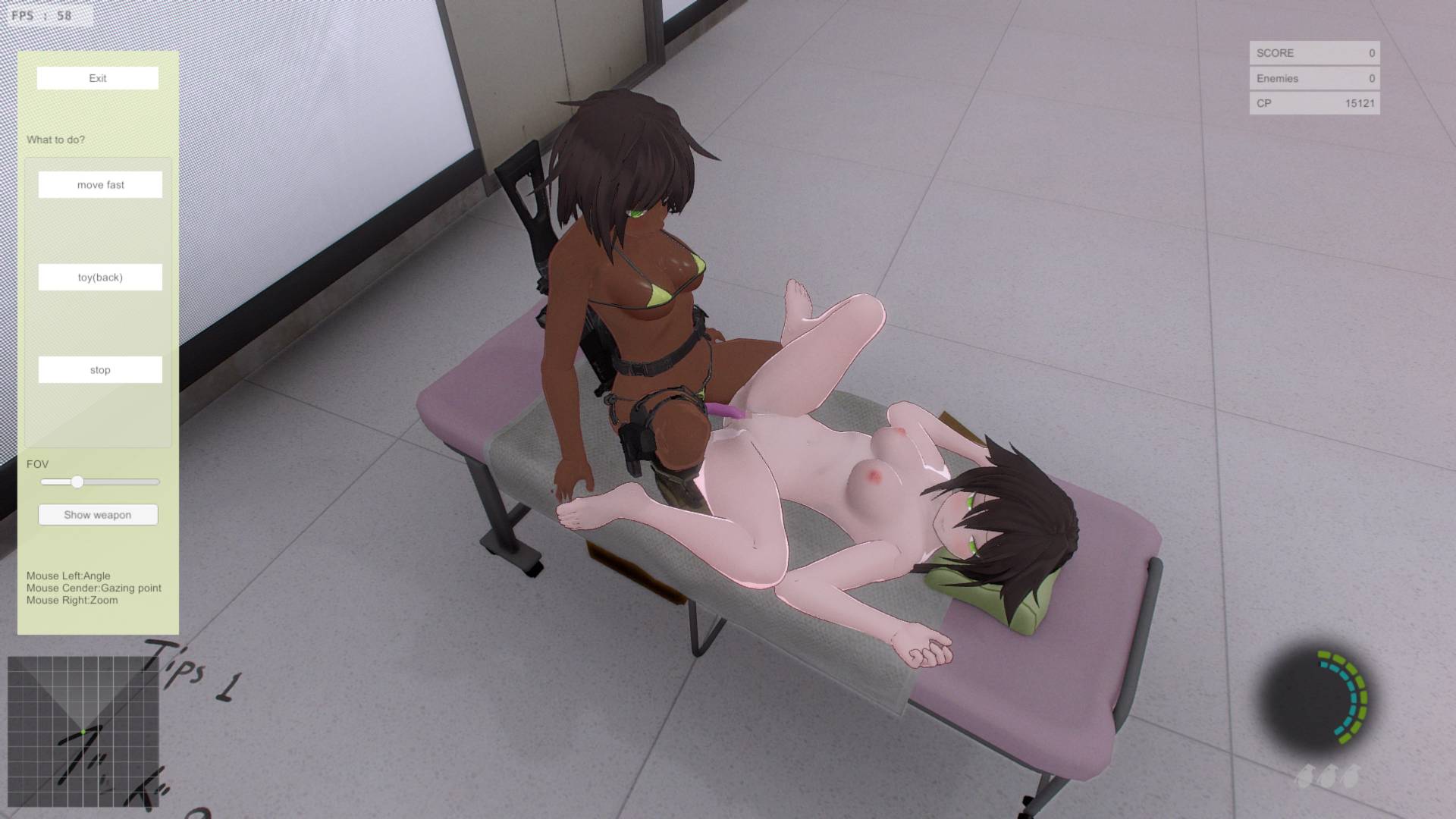 I had to use google translate a few times in the game to make sure I wasn't missing anything important.

This game is unique, and for sure appeals to a lot of my fellow internet perverts out there. The shooting and combat feels good and a lot of the animations are great. Where it falls short is exploration, and controls. There isn't much to do in the world, and only one locked door leads to anything interesting. One is a direct reference to SCP-173, and the other is another Kaede, asleep and hooked up to an IV. Is she the real you? Or a copy? Are you real? The game doesn't explore this further but if you shoot her you get an achievement.

As for the controls, other than the shooting they're very mushy. It can be difficult to jump at the right time, or at the right height. It's very easy to get stuck in the terrain, or half clip through a platform. Considering that this is clearly a passion project it's achieved quite a bit. It's decent alone for it's horniness, but as a game it has room for improvement. It's worth a play but I don't think I'd play it again.