Pretty Sneaky Sis! Strip 4: Classmate Study is a strip connect-four simulator developed by Spicy and published by 11/10 games. This game is the only game on steam by either the developer or the publisher. Though I initially thought that this was the fourth game in a series, I recently realized that the '4' in the title is a reference to the game connect-four, not a series number. 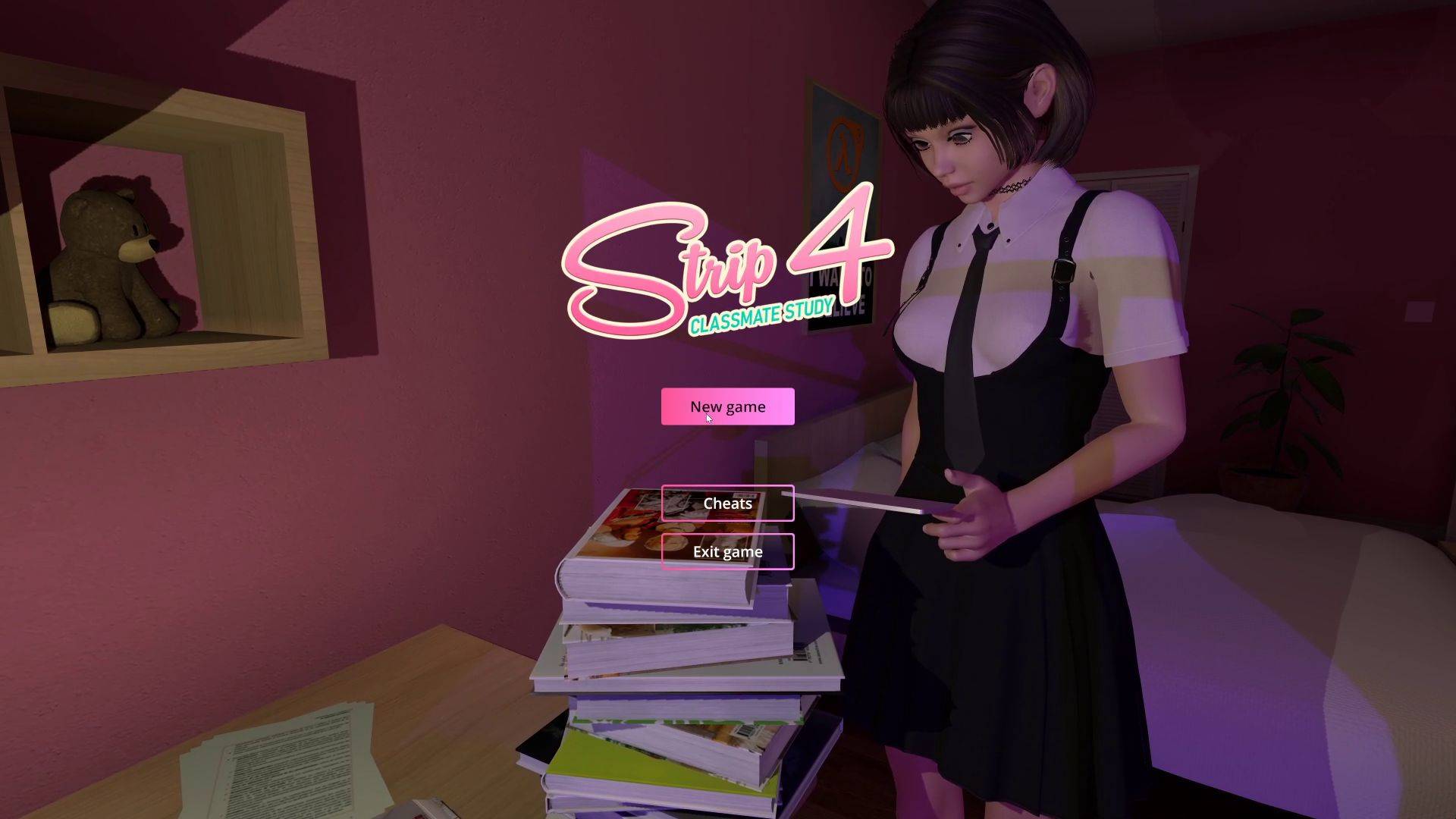 You are in highschool! You visit a classmate who wants help studying, but after she gets bored, she decides that you two will play Strip Connect-Four! But weirdly, she's the only one stripping, and no matter how many times you lose, she won't put clothes back on, so I guess it's safe to assume that the game is just a means to the end for your classmate. 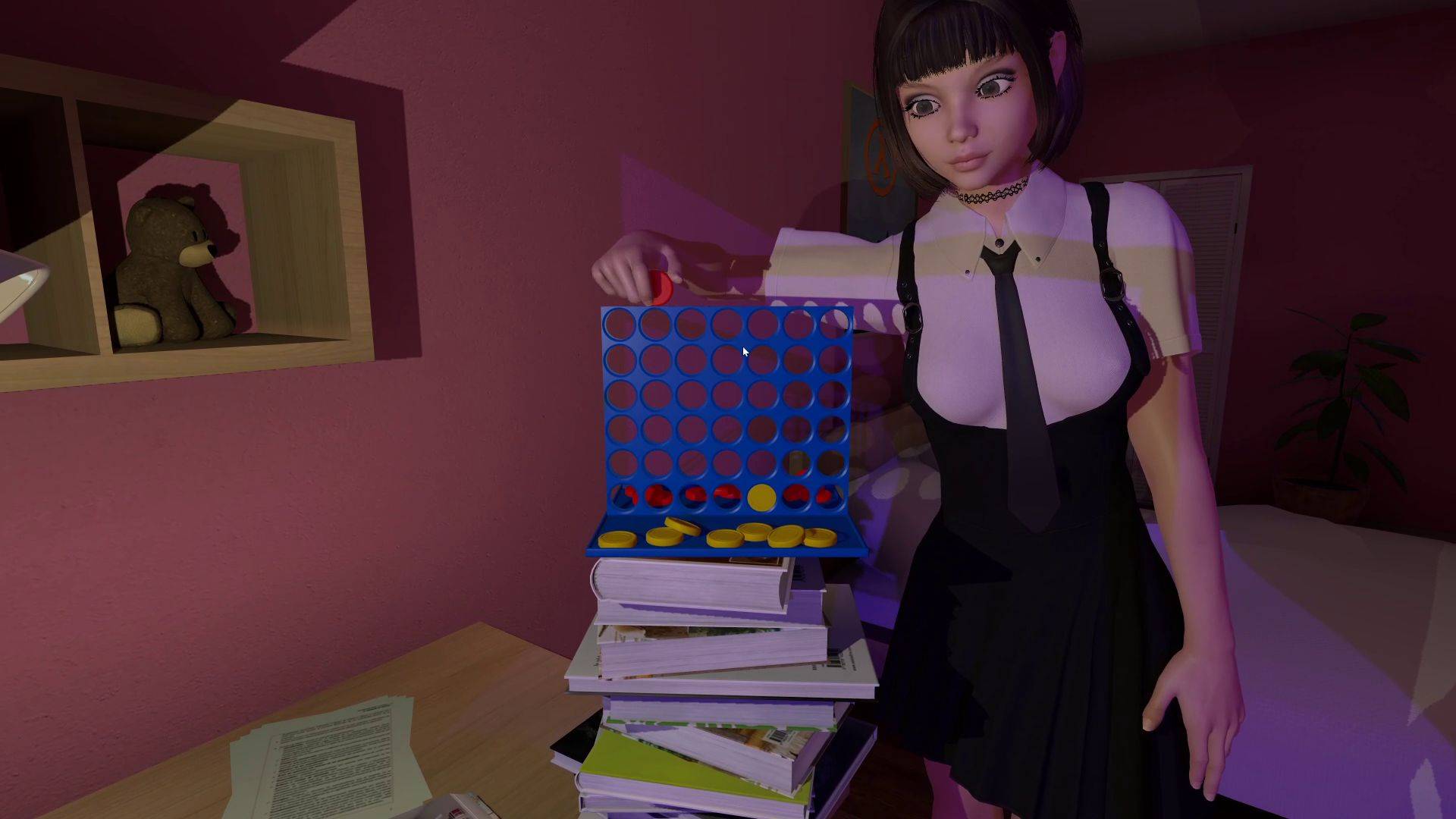 This review is going to be another short one, which is why it's coming out so closely after the Lost Origin review. Honestly, there's not a lot of game here. You play connect-four, and every time you win, your classmate takes off a piece of clothing.

When you finally get to that magic moment, you learn that the game censors itself with a mosaic. Luckily it can be turned off by entering the cheat 'cansee' in the cheat menu. If there are additional cheats, I wasn't able to find any. 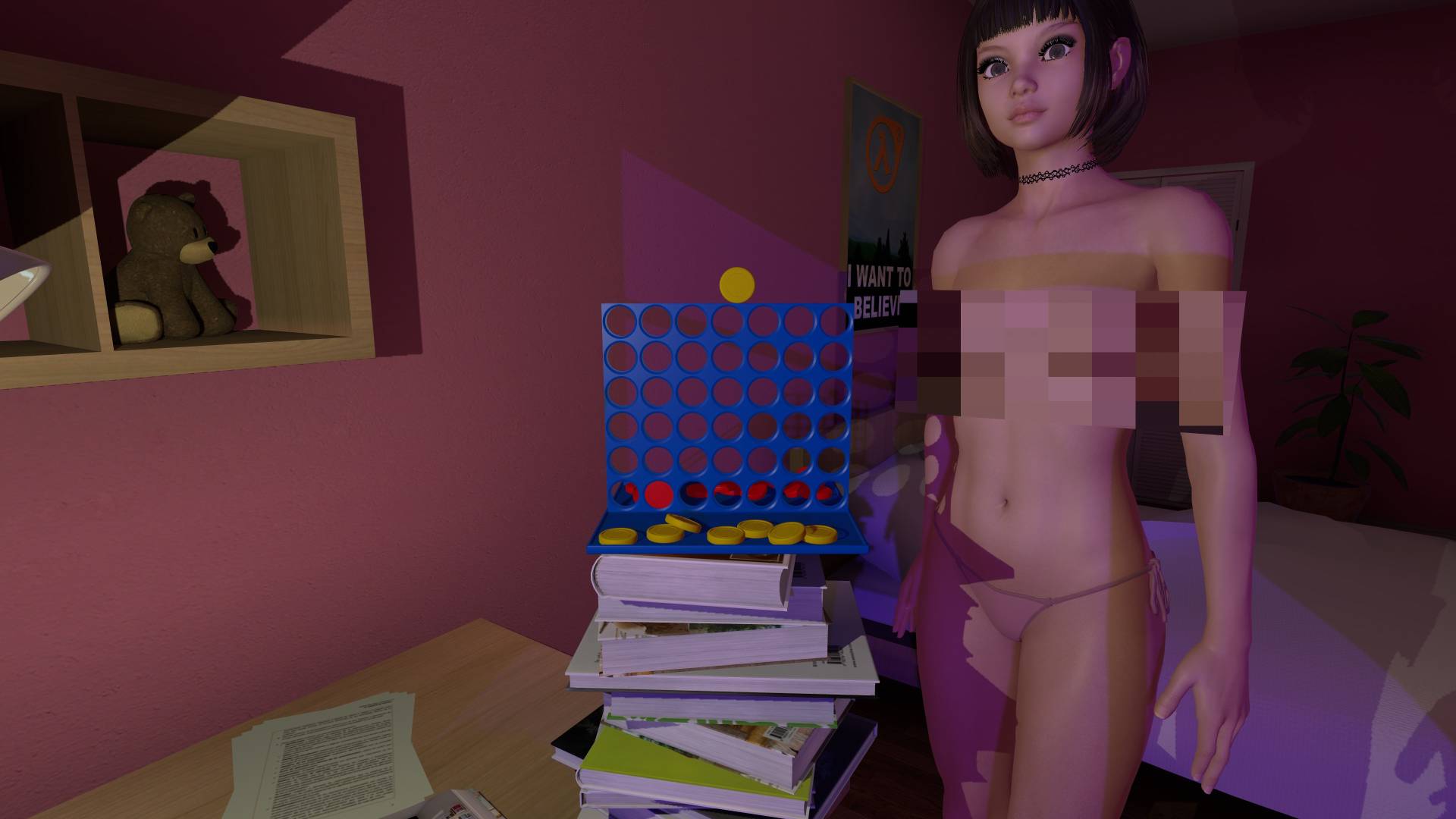 This game resulted in the ban of a twitch streamer called xqc. I'm pretty out of the loop as far as streamers go, but Spicy apologized on twitter to xqc for Twitch handing down the ban over Strip 4. It seems pretty apparent to me that this game would result in a ban if played uncensored. But Twitch is terrified of tiddy, so playing this was pretty risky in the first place.

Shoutout to @xQc! Thanks for the stream, sorry for the ban. I hope that won't hurt in any way

There's only one dimension to this game, and it's the stripping. As you win you get to see the character in various stages of undress, but there's only one outfit. 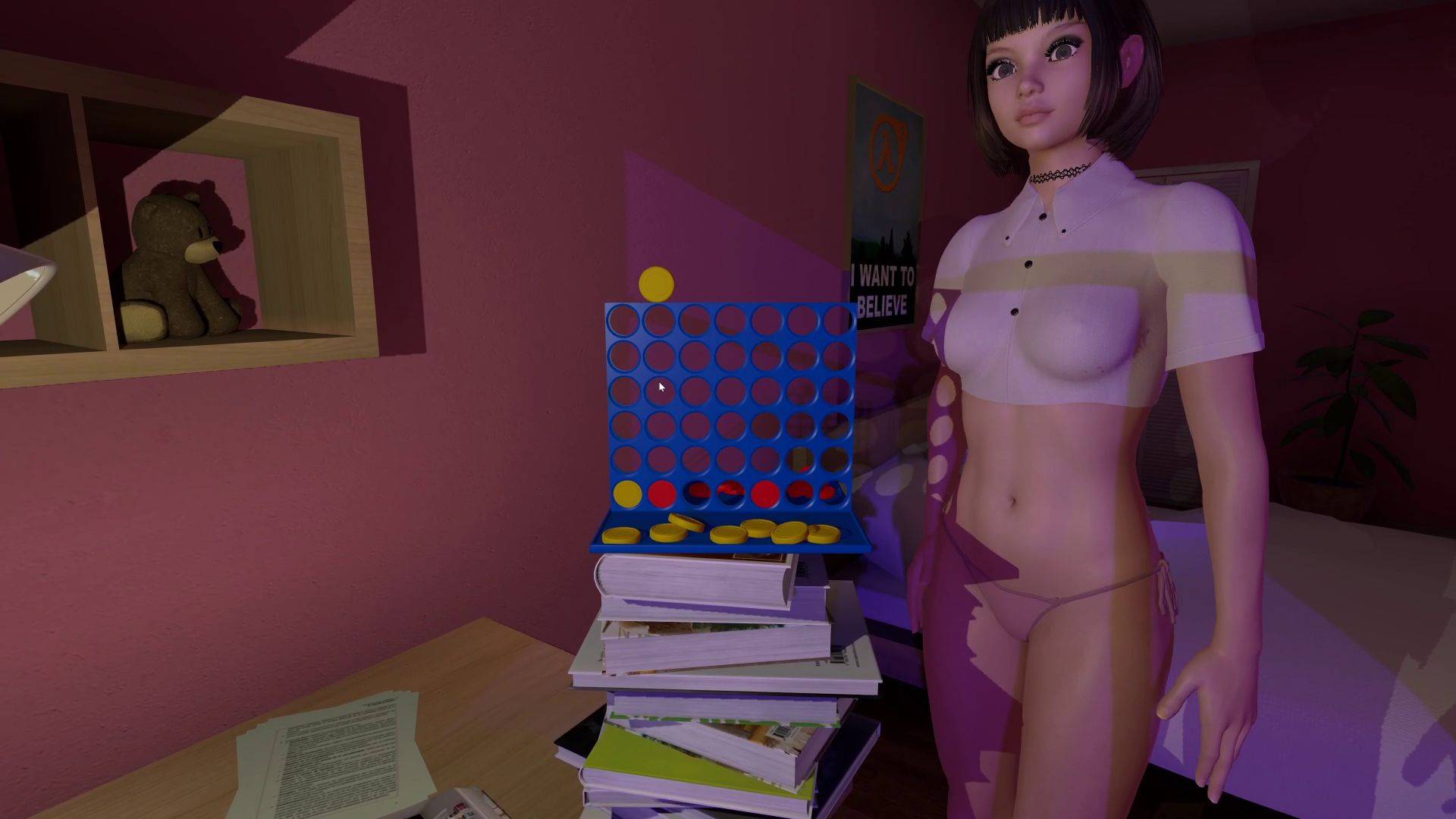 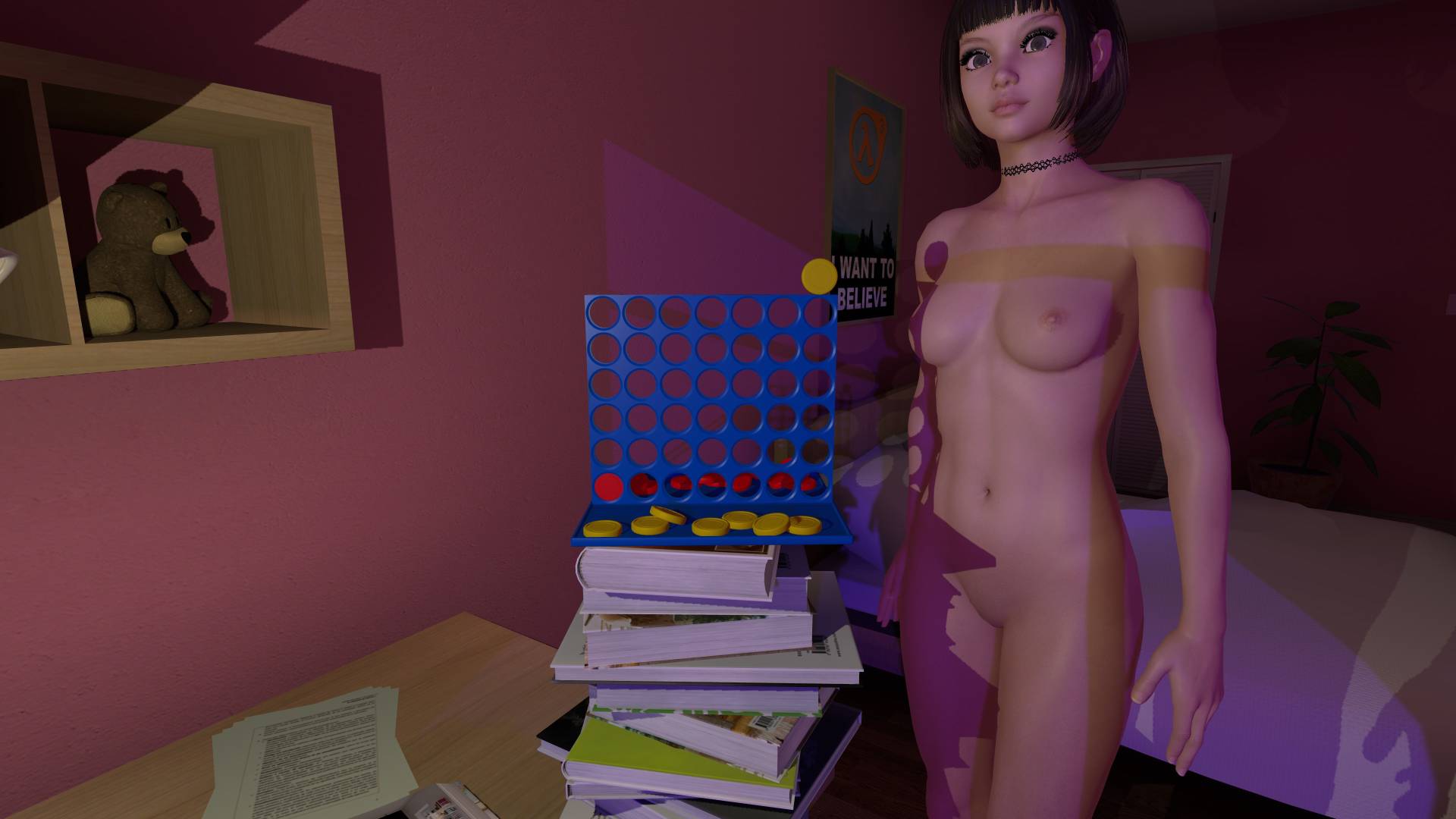 Once you get her completely naked, you can continue to play connect-four with her, but the AI is cranked way up and it's difficult to win. Once you do though get ready for the big payoff! 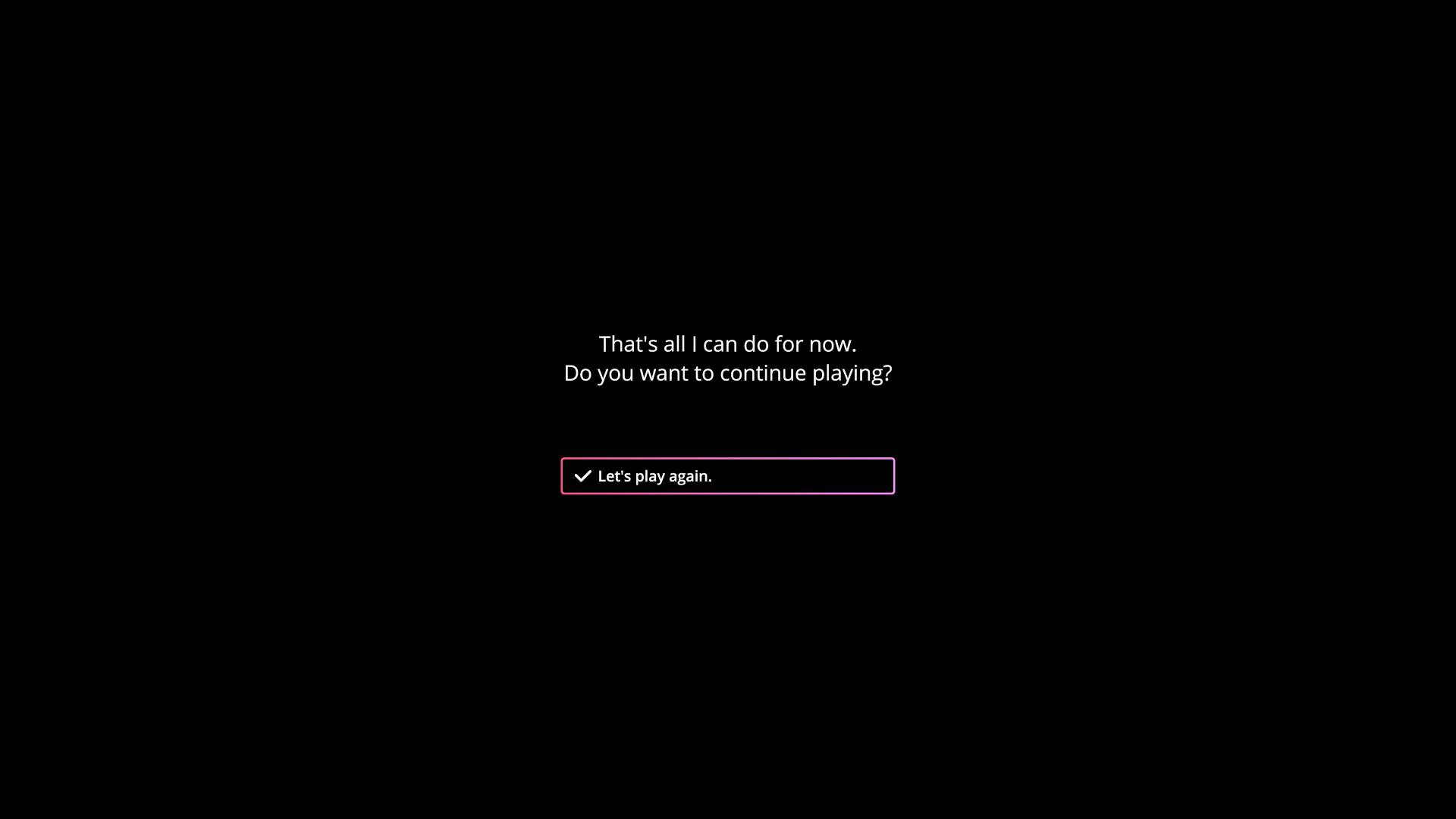 Just kidding, there's nothing at the end. The messaging makes it seem like there will be more added in the future, but this game isn't listed as Early Access so I have to review it as though it's a complete game.

There just isn't anything to this game. Connect-Four is a fun game but playing it alone in my room waiting for a character to take off their dress just isn't my ideal setting for playing it. I had to think hard between giving Strip 4 a Negative or Neutral review, because while there's nothing to this game, it's only two dollars. (Actually at the time of writing this it's 30% off at $1.39).

The game glitches every once in a while and gives you either a false win or false loss. I'm wondering if it's a straight up glitch, or the AI evaluating possible future moves and seeing there's only one outcome. Either way, it worked in my favor once, but most people in the Steam discussion seem to lose to it more often than win. 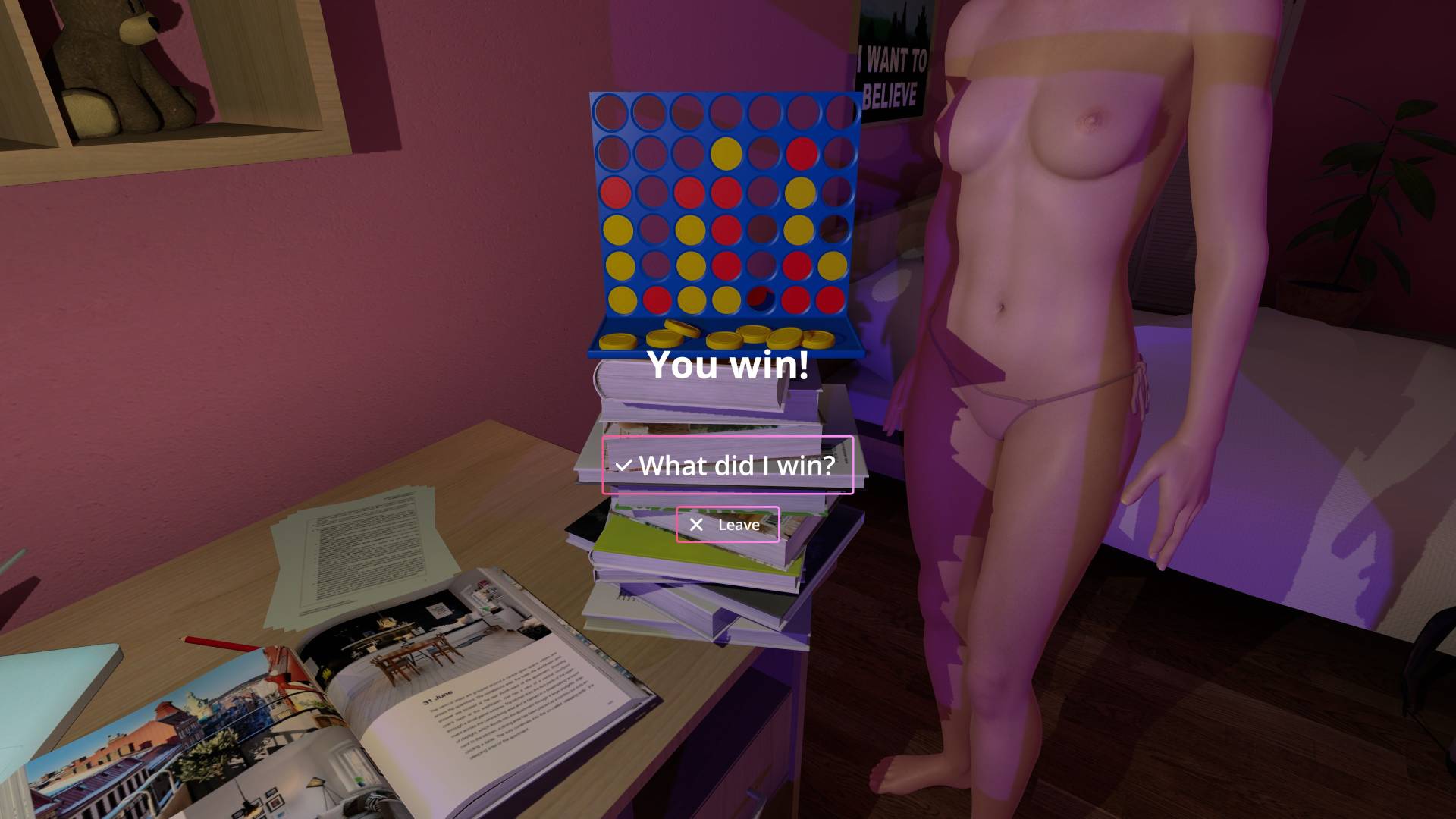