Waifu Uncovered is a vertical scrolling Shoot-em-up (shmup) game developed by One-Hand-Free Studios and published by EastAsiaSoft. It was released on the Nintendo e-shop on Jul 16, 2020. It shares clear gameplay elements and stylistic similarities to the Deep Space Waifu series of games, but doesn't appear to be related. While it's indeed very possible that this game was heavily influenced by Deep Space Waifu, it's not quite to the point that I suspect any actual plagiarism. After all, shmup h-games like this have existed for decades now. 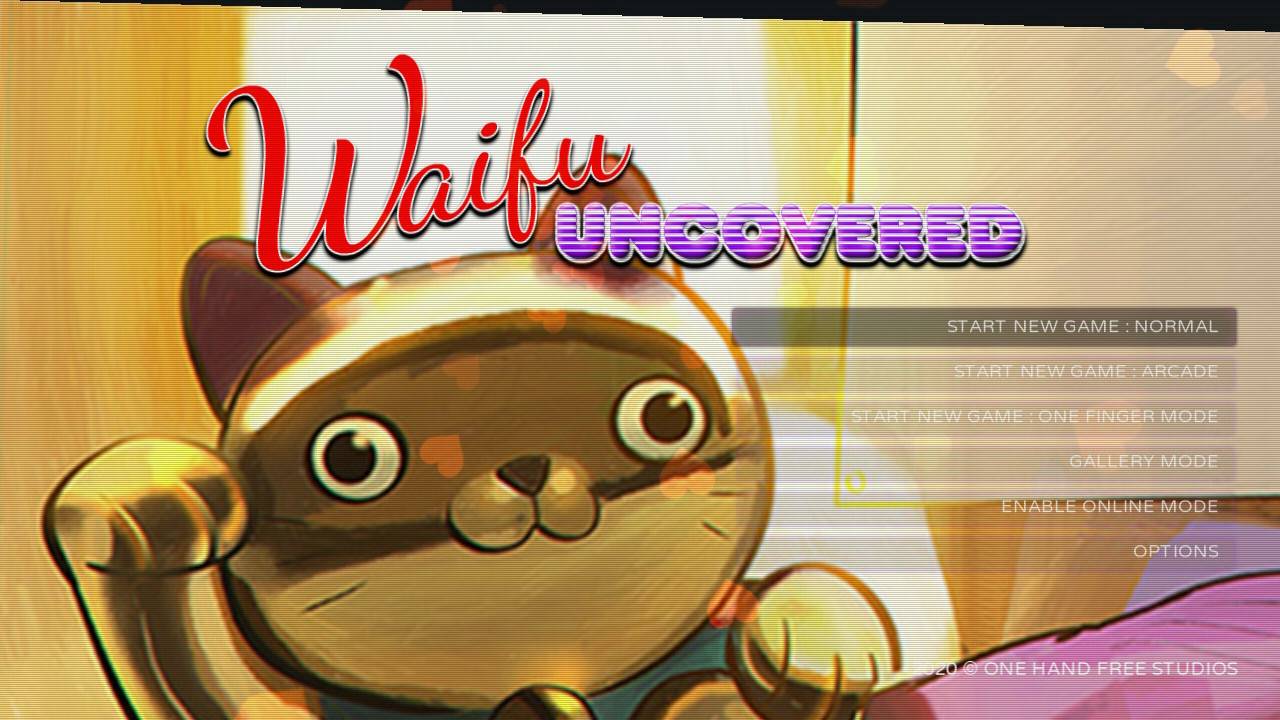 Aliens are invading! They've infected your waifus with toxic clothes! The only way to save them are to defeat the aliens, and remove the infected clothing! This review is going to be short and sweet, just like this game. The gameplay is fun, the art is... okay. Some of the faces could use some work but it's still good enough to be appealing. There is only one objective in this game, and it is to shoot aliens. The gameplay is fun and simple. The powerups for your ship sometimes feel few and far between, and whatever level you play first is going to take forever while your ship is at its weakest. But once you get going, it becomes a lot of fun. 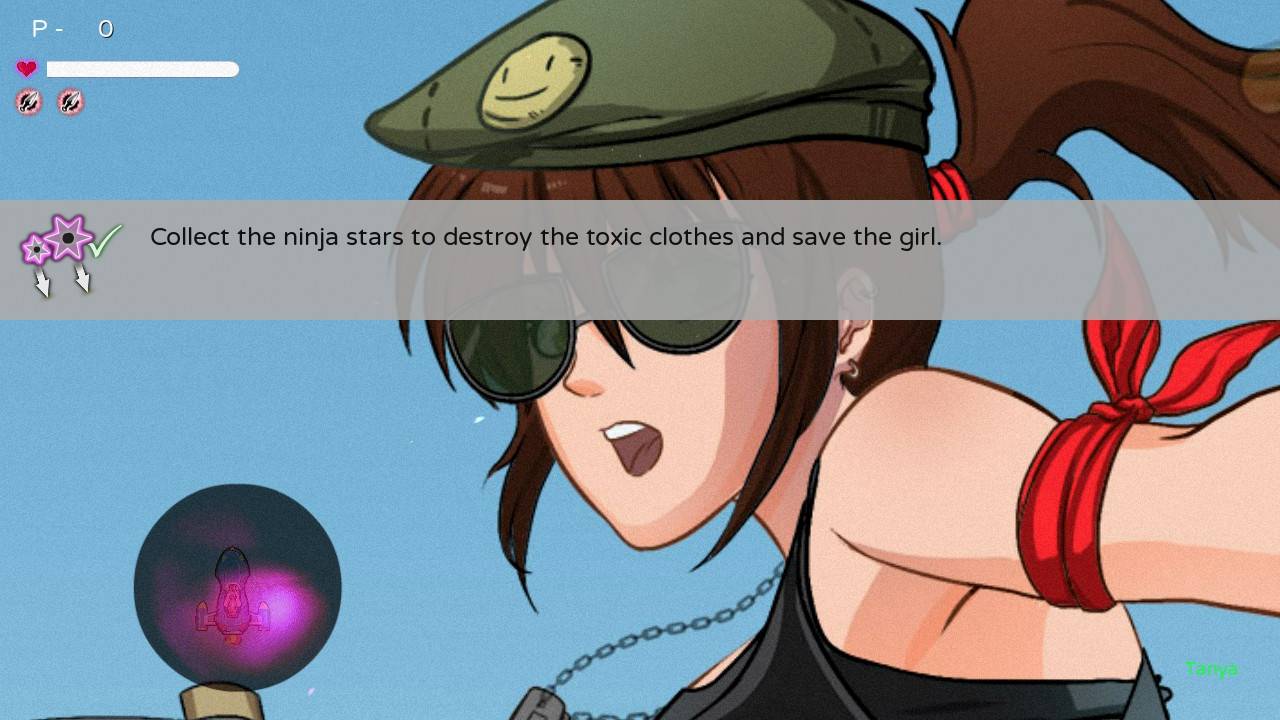 While Deep Space Waifu has you strip the background characters by shooting their clothing, in Waifu Uncovered you must collect the purple shuriken that appear when you defeat enemies. I like this way better, because it feels more natural in a shmup game. The mistake a lot of people make when playing vertical shooters like this is to look at their enemies, when you really should never be taking your eyes off your ship. The enemies are honestly a little uninspired. You have your basic alien enemies, some evil Hello Kitties that Sanrio is likely to get pretty mad about, and Reddit "rage faces". 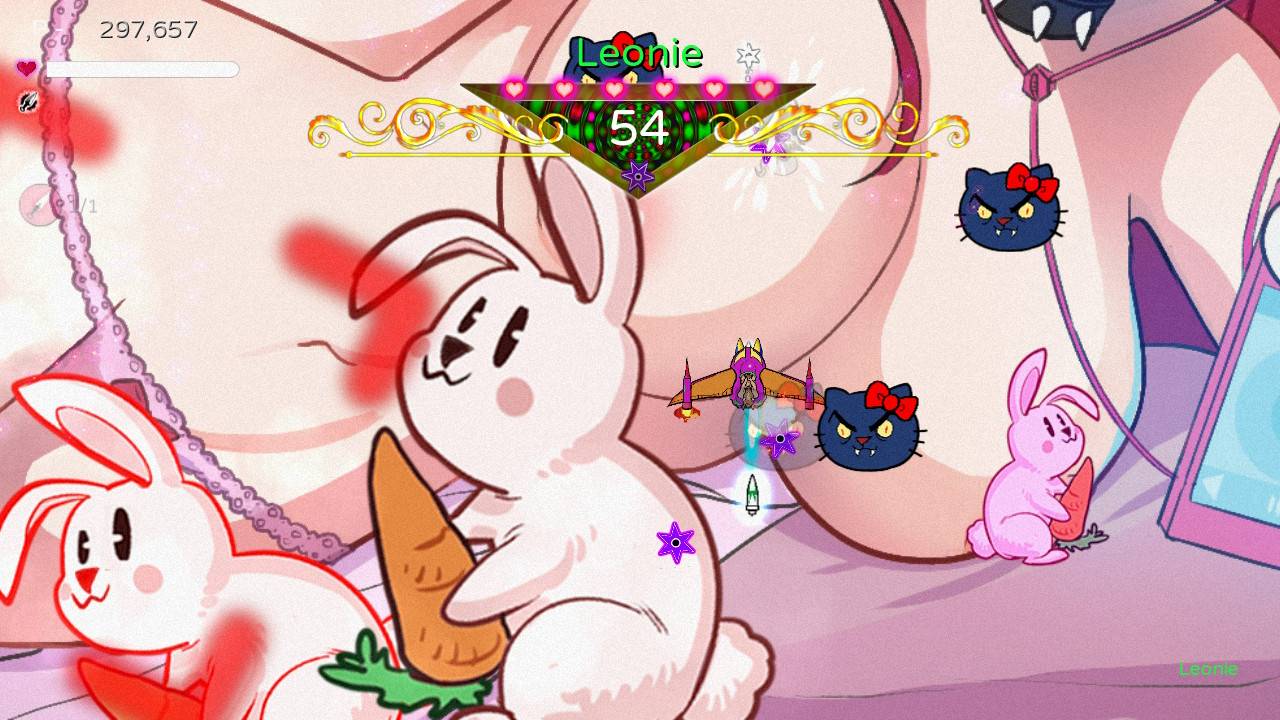 The combat itself feels good. One button to shoot, one button for bombs. For the most part it feels fair, but every once in a while you end up surrounded by Reddit faces, and if you don't have a bomb, you're gonna take damage. They take forever to kill with your gun, and even then usually split up into several slightly smaller faces. I feel like this part could have been done better, because a lot of the time it felt like guaranteed damage, which never feels good in a game like this.

One more change I would suggest is a "slow down" button like the Touhou games have. Not to slow down enemies, but to slow down your ship for more control over tight situations. 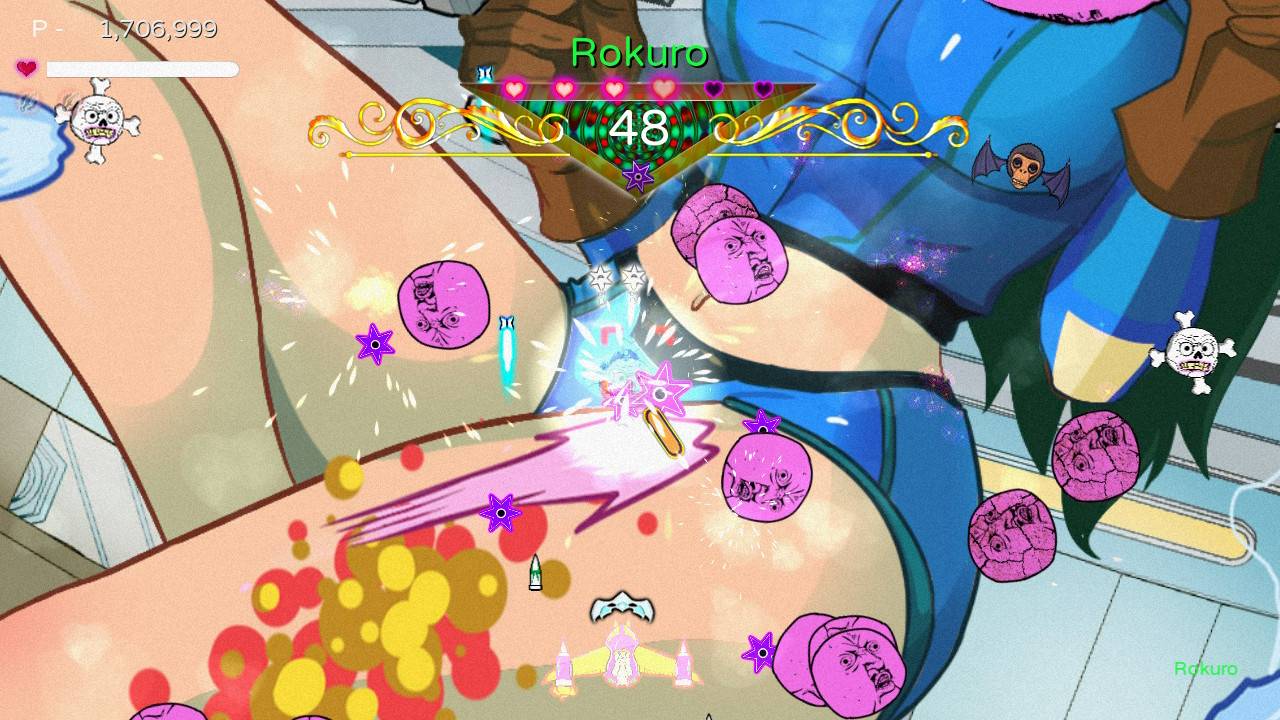 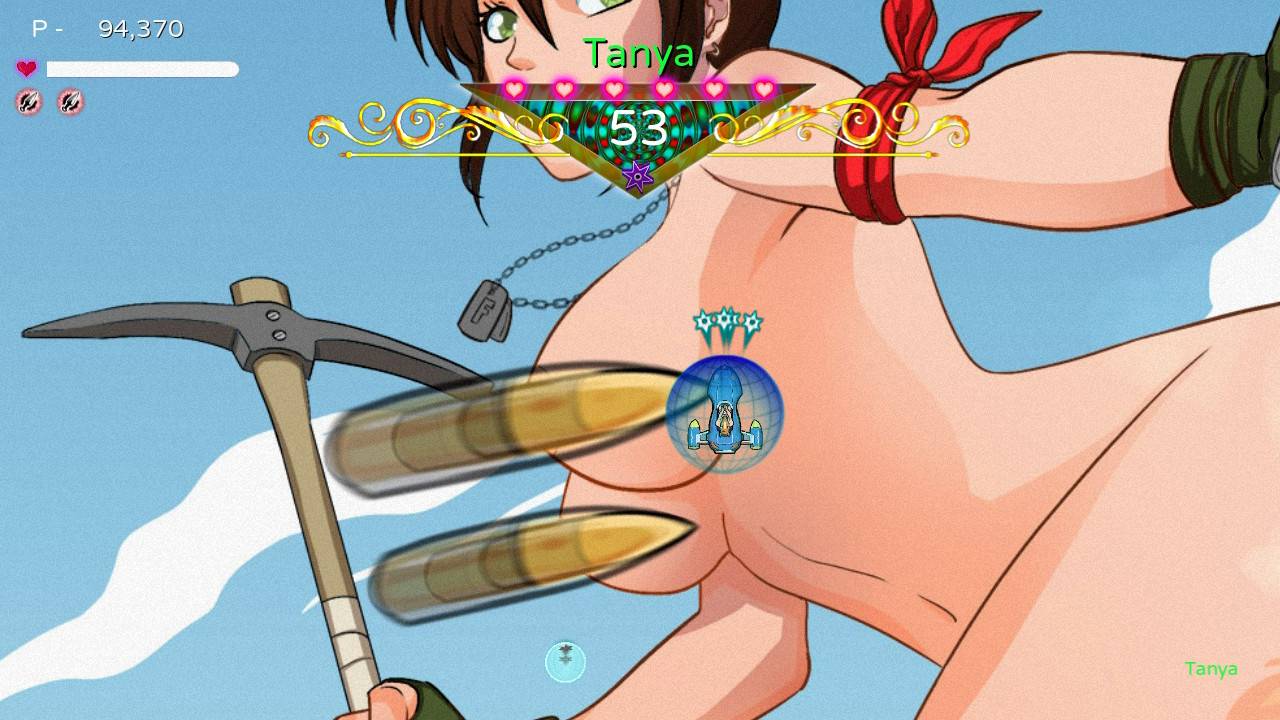 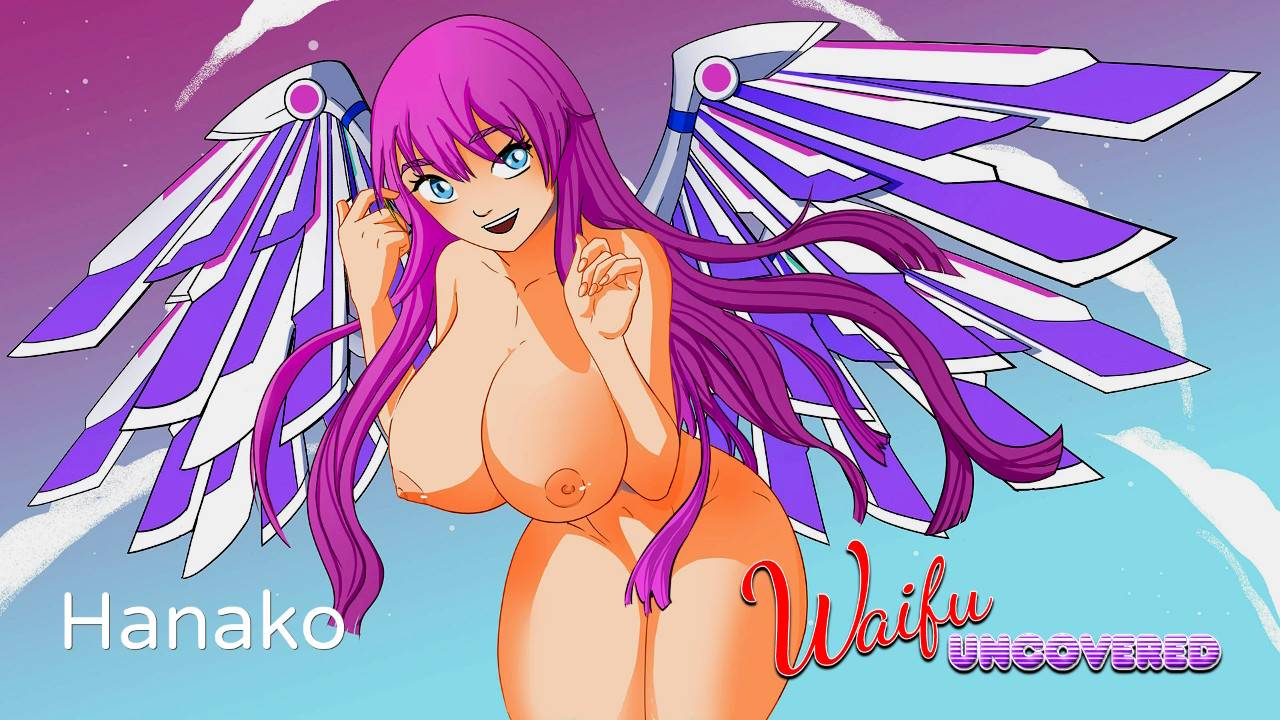 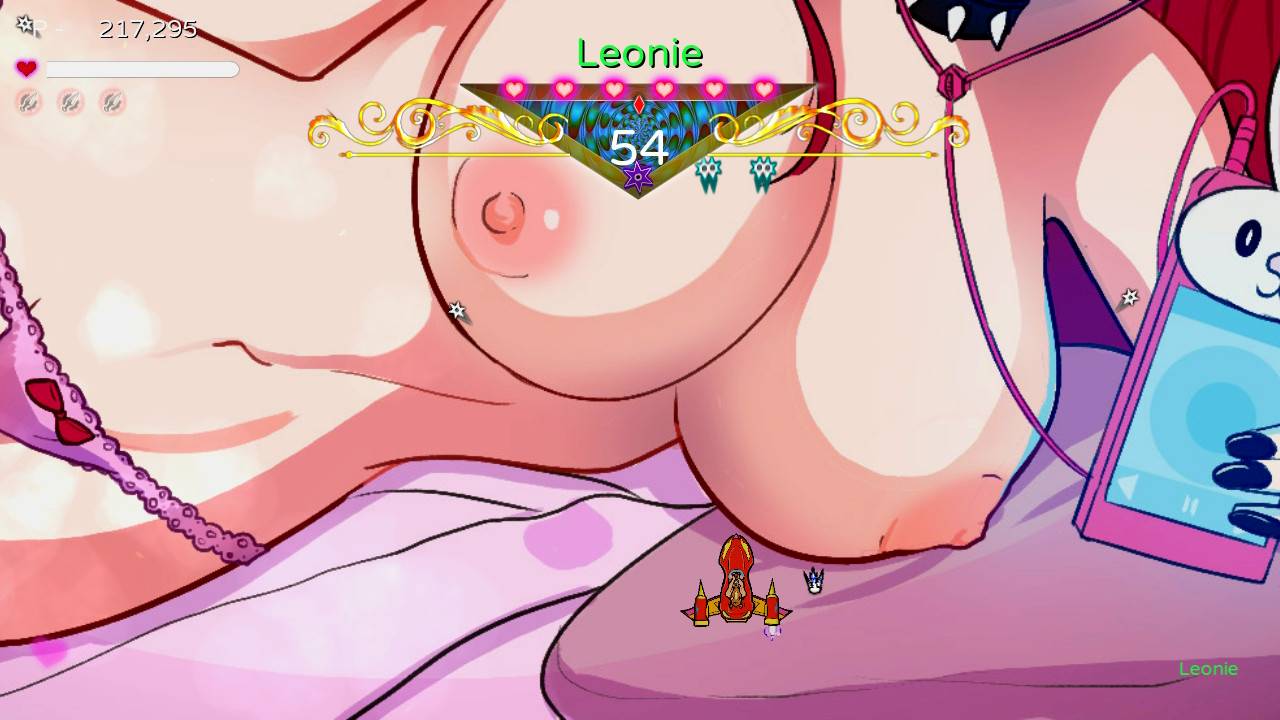 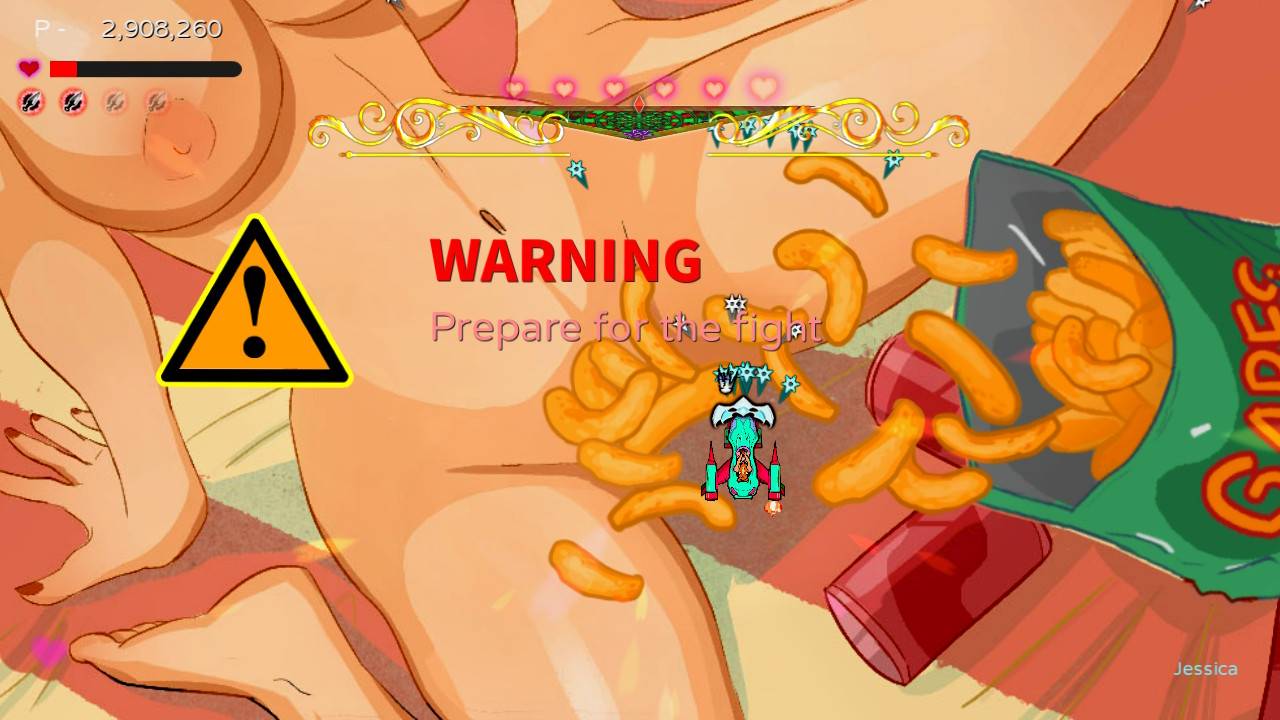 This game takes a lot of the good elements of Deep Space Waifu and makes the gameplay a lot more fun. Some bosses can be HP sponges which is annoying, but the difficulty feels good, the levels are challenging, and the game is overall very fun. The only real issue I have is that Arcade mode keeps crashing so I can't unlock the final girl. At ~7 dollars it's definitely worth the money, and I hope this is just the beginning for full-on h-games in the Nintendo store.