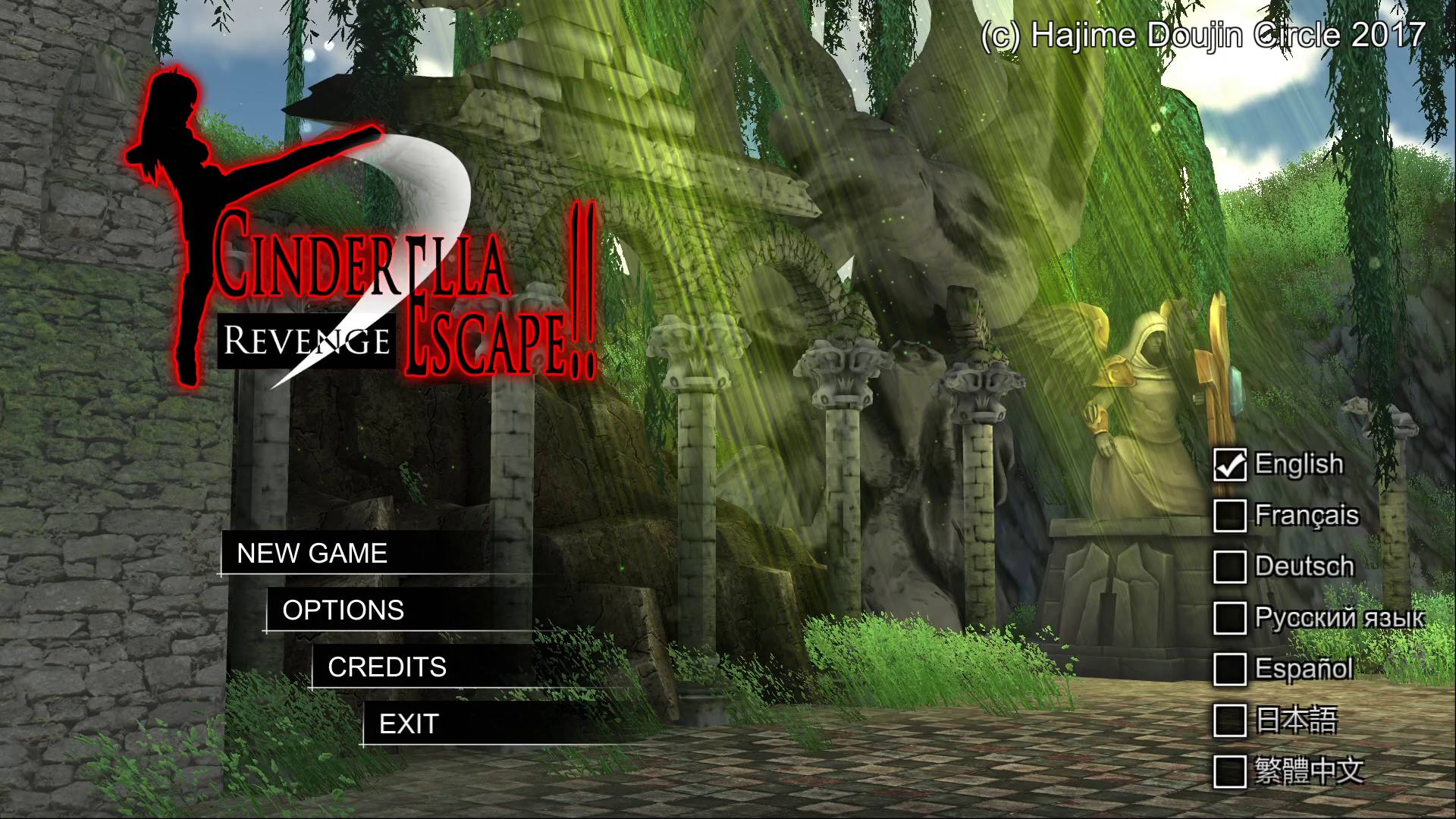 After the events of the first game, Cinderella is executed for murdering the king. But she was framed by none other than the price! When her fairy godmother brings her back to life, Cinderella sets out to clear her name. There's just one problem; her arms are permanently stuck behind her back due to magic handcuffs. Cinderella teams up with Snow White and others to expose who the real regicidal maniac is. 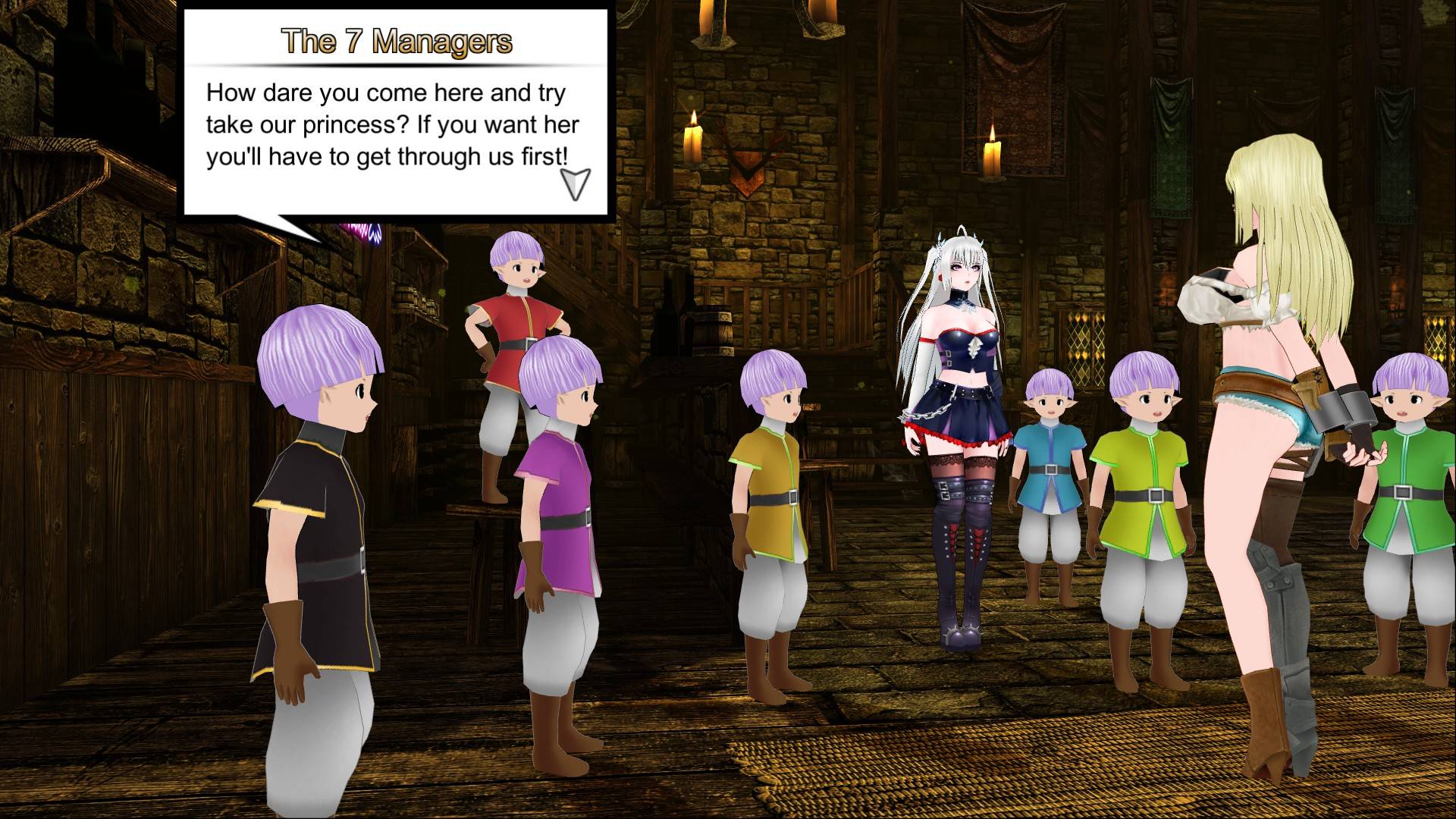 There is only one typeof gameplay in this game. You control Cinderella to beat up badguys with kicks. There are a couple of combos to pull off, but the combat is so simple you only need one or two. You can change your lingerie and outfit with the money you earn by fighting. Each costume will increase your fighting strength, even if you don't equip it. I like that mechanic because it lets you get stronger while still wearing whatever outfit you like best. 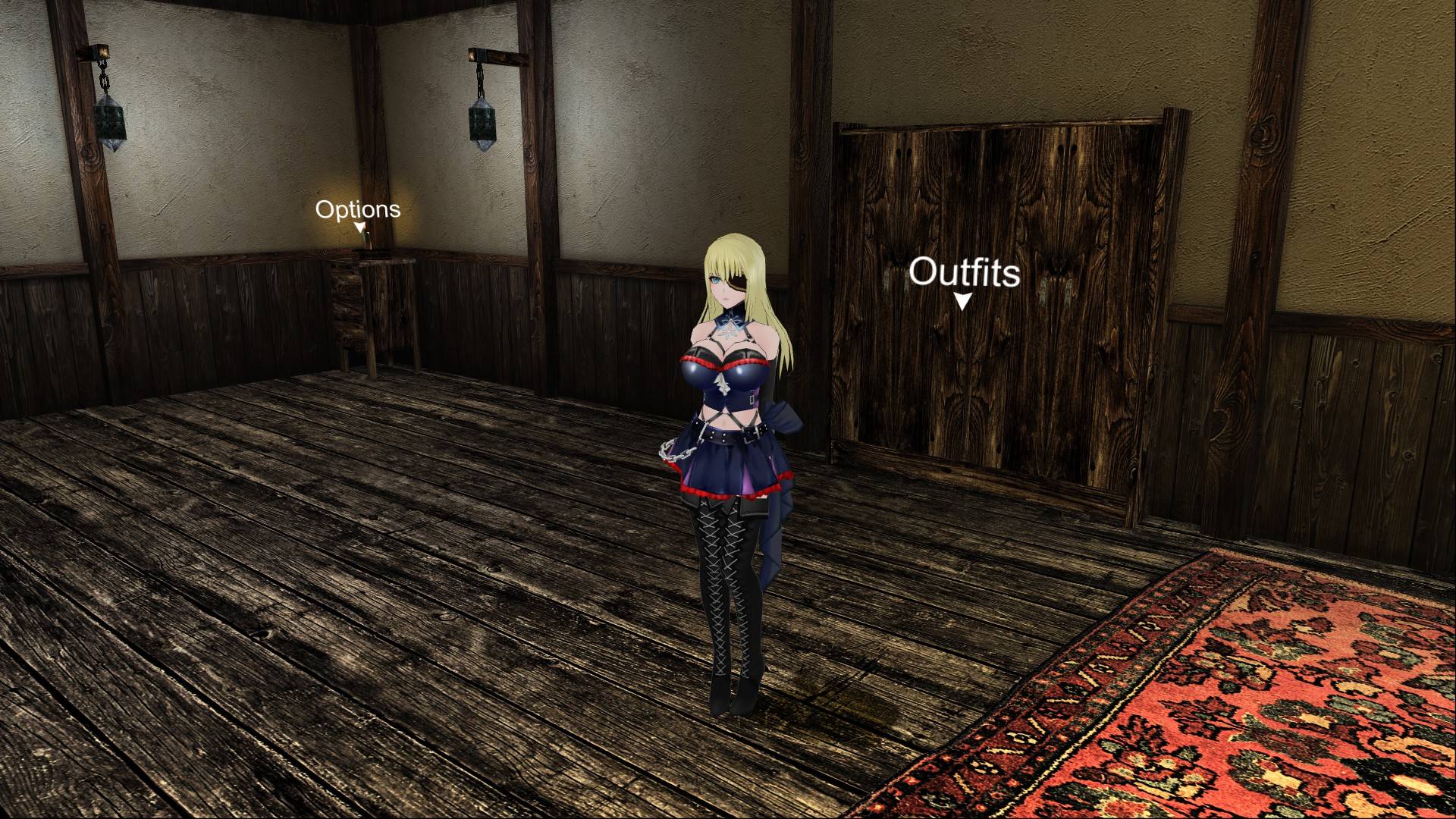 You can choose to play either the main story or side missions. Either way, you're fighting, but side missions can be a great way to make more money. I cleared the story in only about an hour and a half, so this game is short. But I can say I had fun while I was playing it though I'm not sure if I could ever pick it up again considering how repetitive the gameplay is. 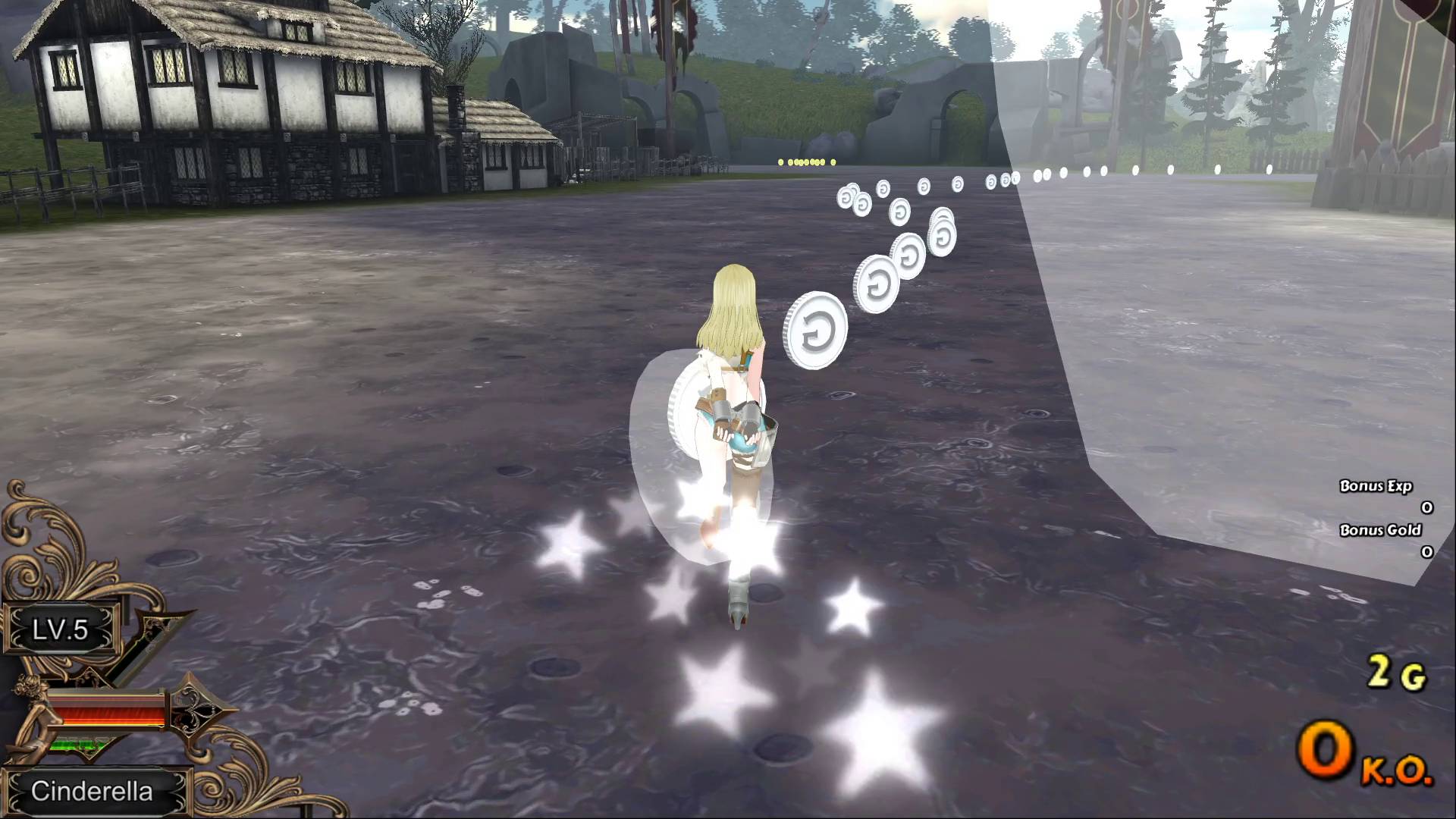 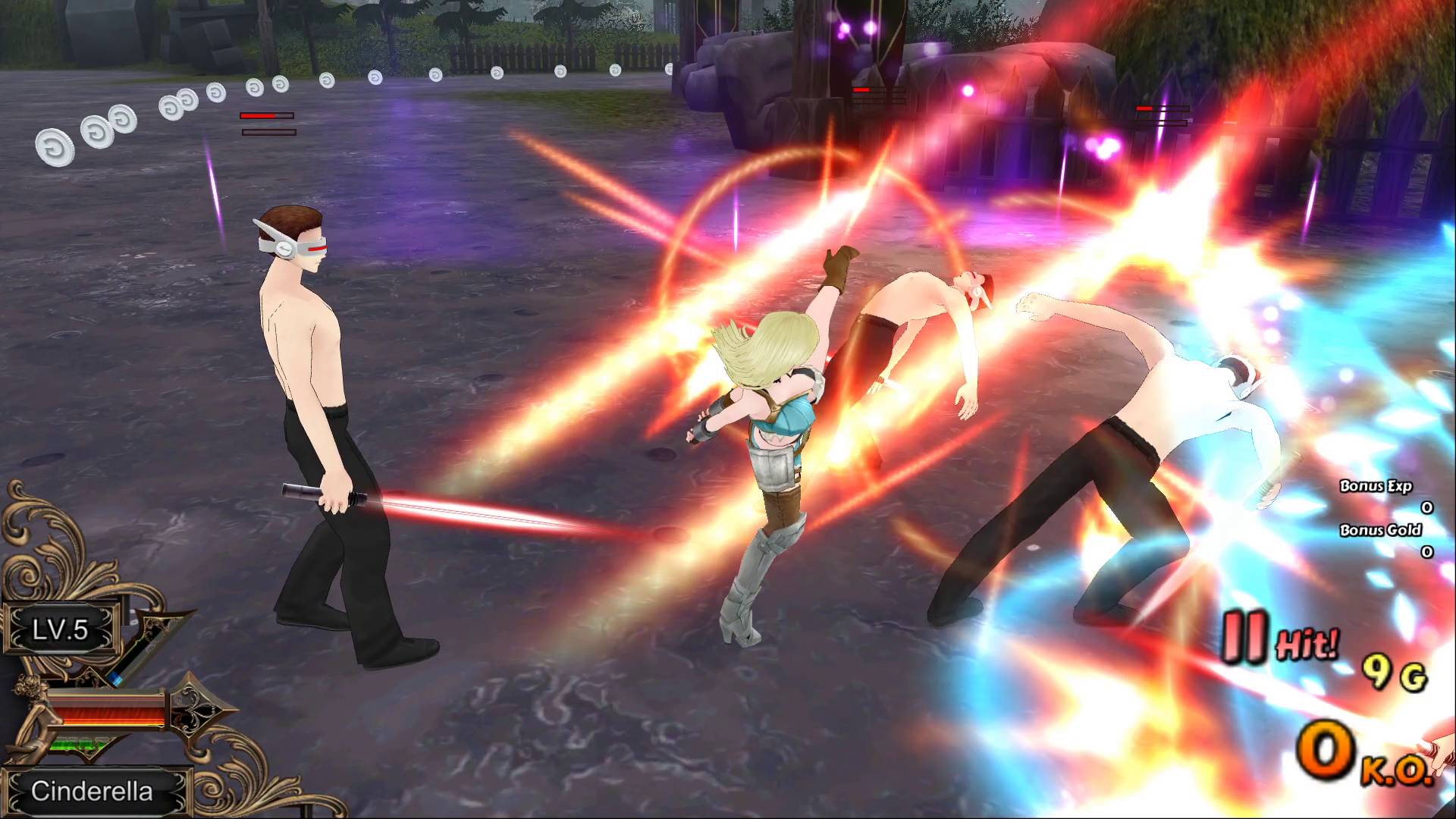 The dialogue is bare and doesn't serve much purpose apart from giving the minimum amount of information you need to advance the story. However, once in a while, there were funny moments that caught me off guard. Such as everyone assuming you are a fighting master that tied your own hands up to train your legs. This joke reoccurs a couple of times. 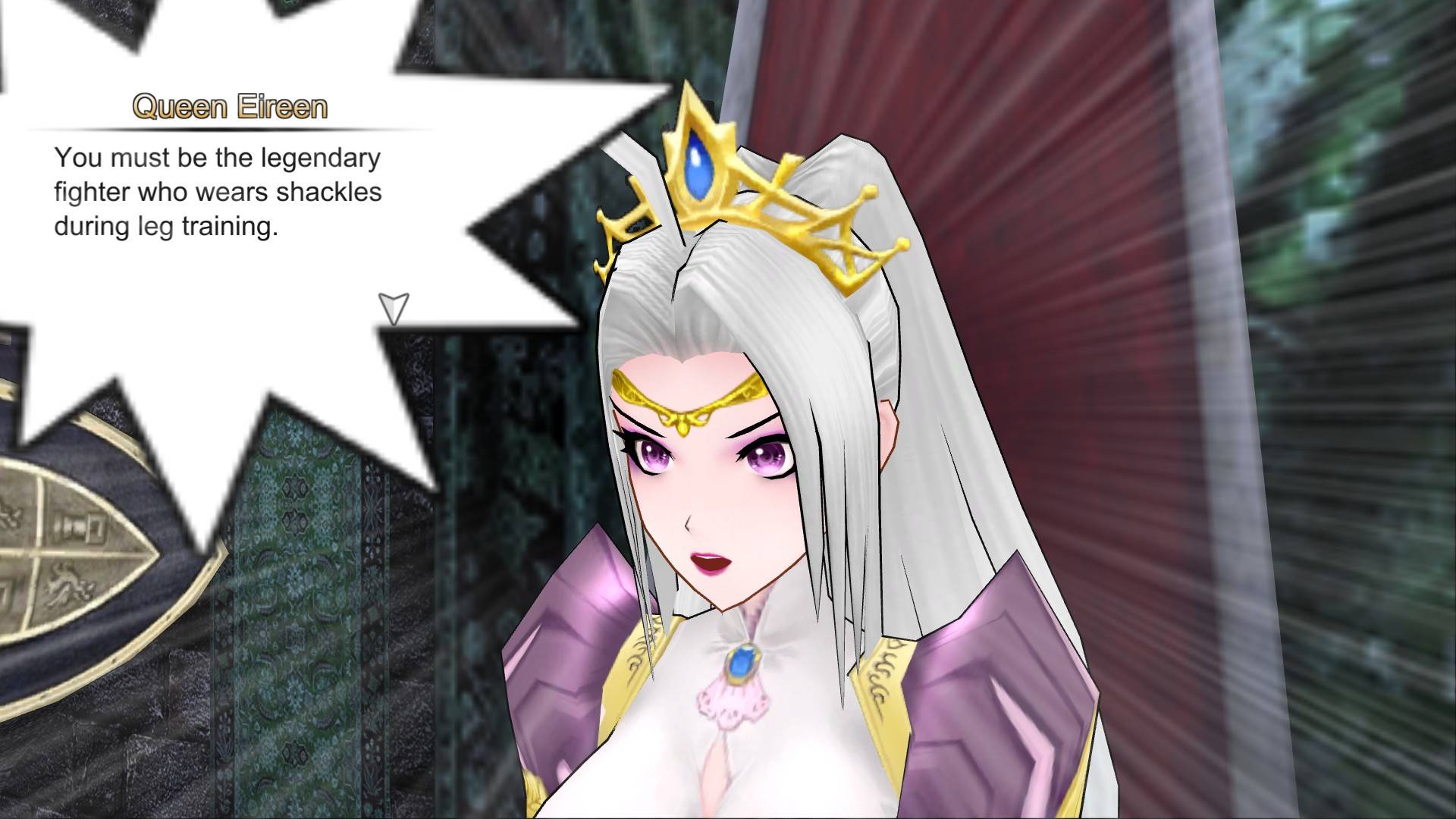 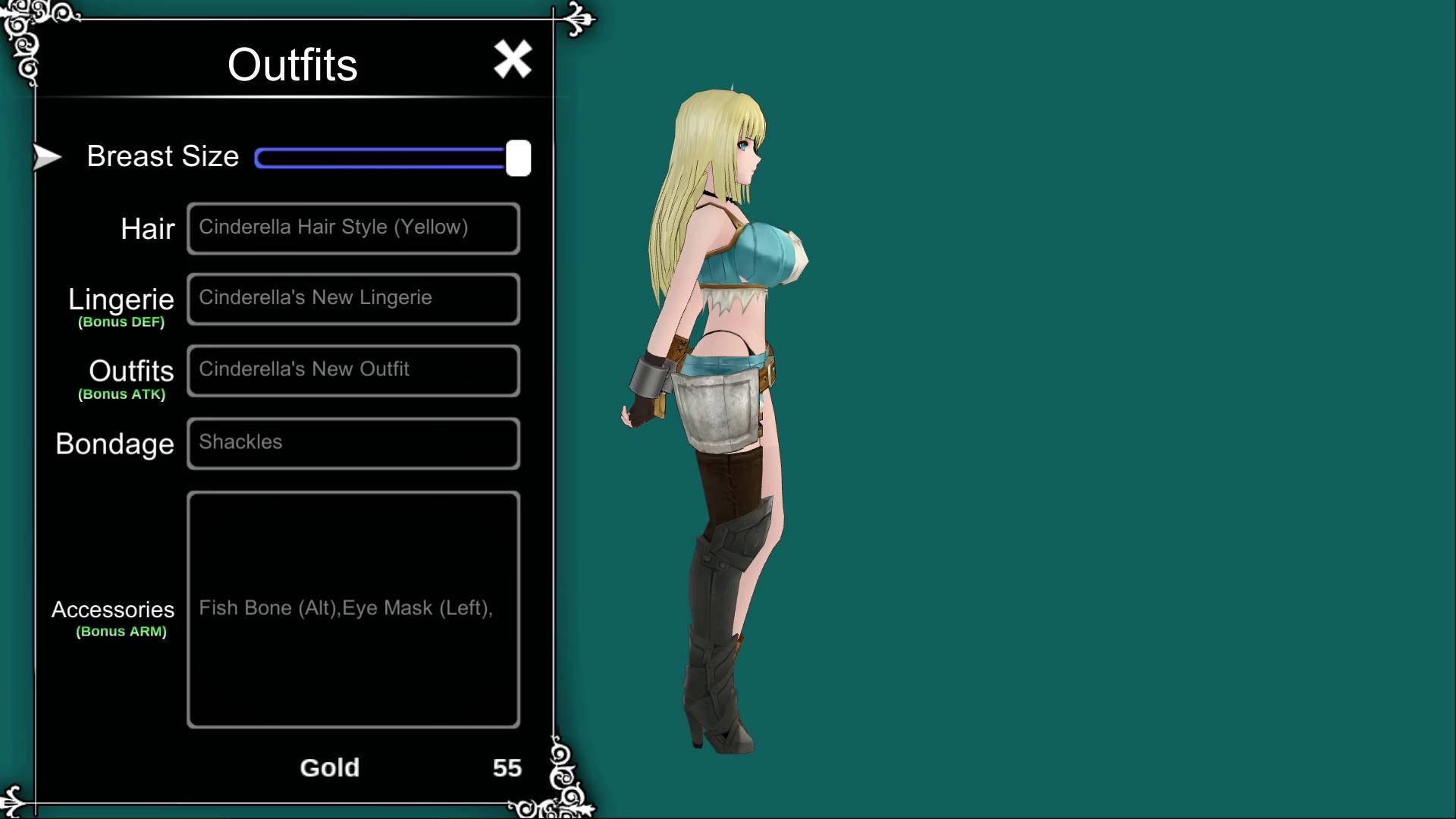 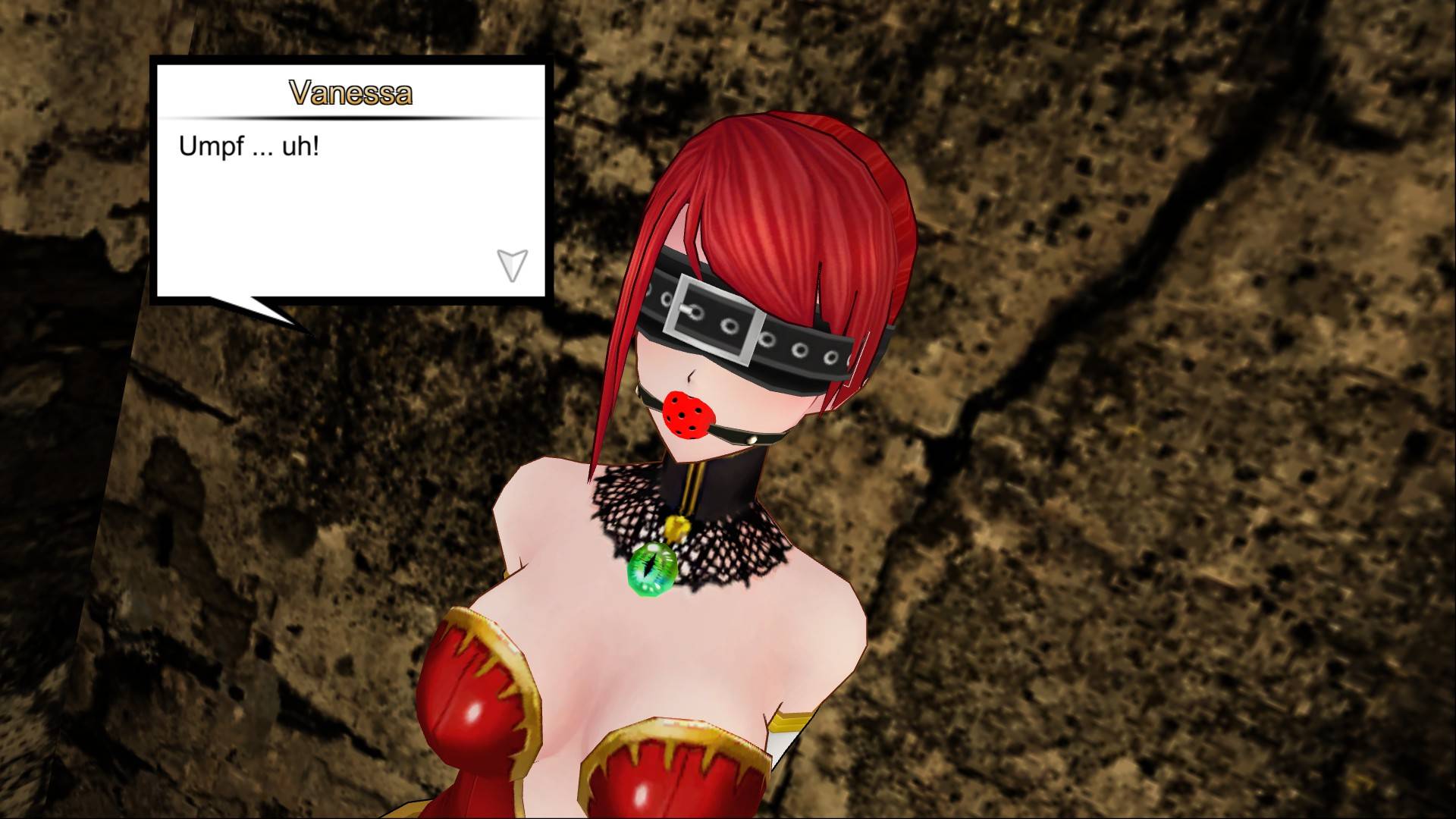 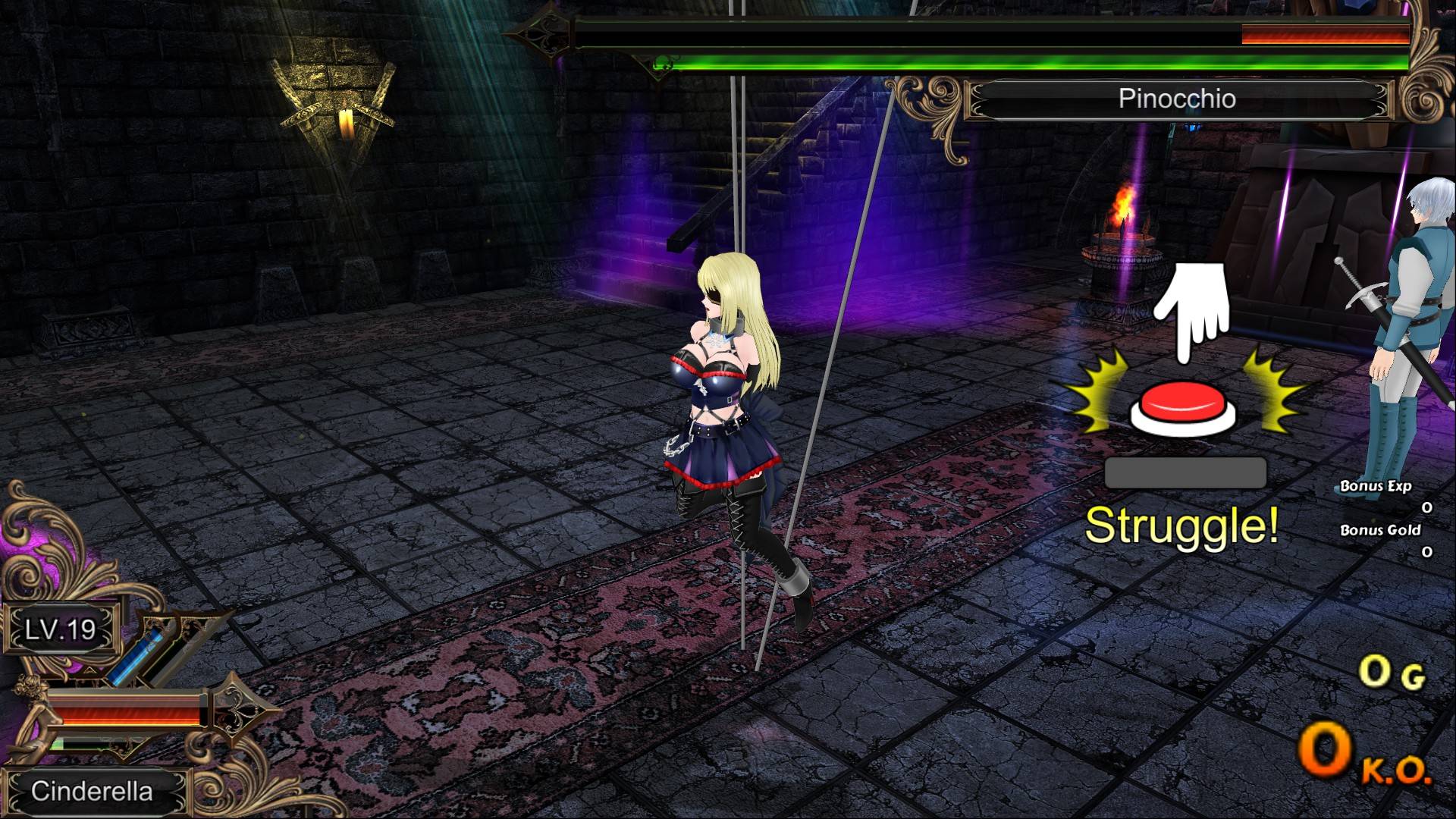 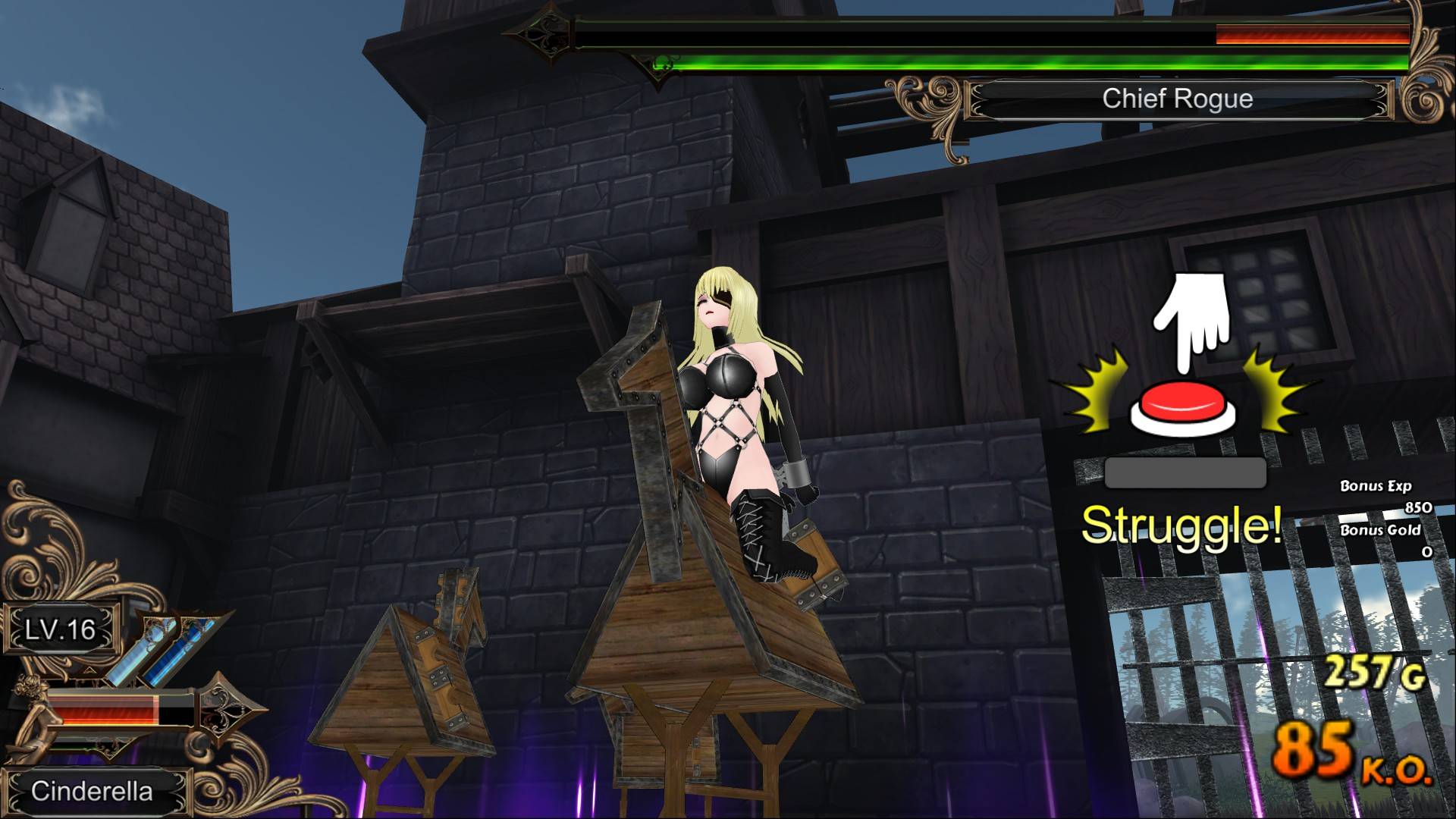 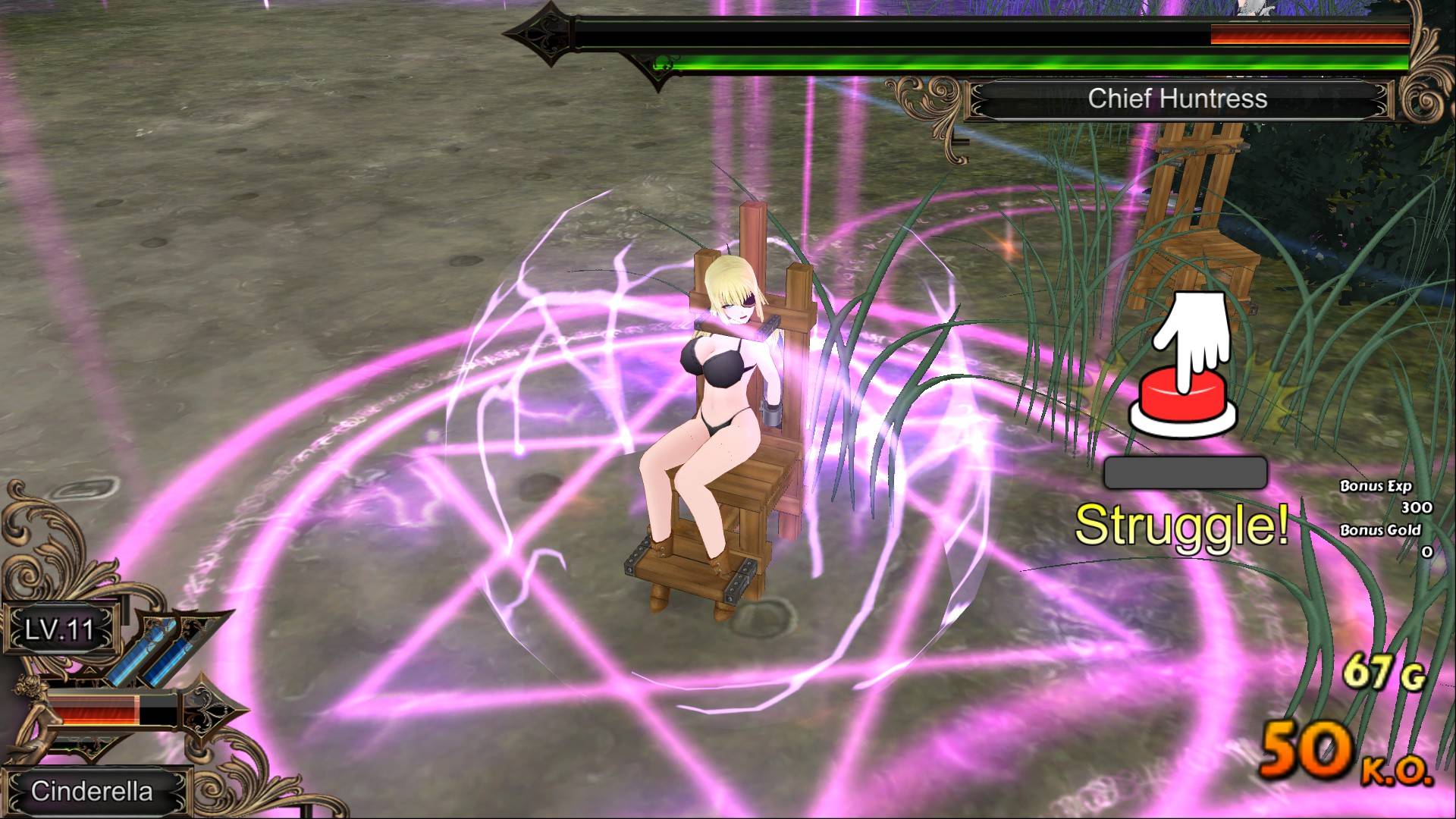 Cinderella certainly "goes through it" but can she come out the other side on top? Only you can decide!

For what game there was here, it was fun. The combat didn't feel cheap but was maybe too easy (even on hard, which you unlock after playing through easy and normal). I also really liked the bondage themes. The main issues are that this game is incredibly repetitive. I started getting bored with the combat before I even finished my first playthrough. But I certainly wouldn't say this game is bad. It's solidly worth the money it costs.

When I read that the game creator has a "patch" available on their Patreon, I naturally assumed it was a nude patch. It's not, it's just more costumes. While I like that they're providing this content for free, the lack of a nude patch seems very strange to my pervert mind. I found a link to a few in the steam forums but it seems like the creator actually patched the game to stop those from working. That's what the thread said at least, I haven't been able to independently verify, though I can say the patch I downloaded just caused the game to crash. If I'm wrong about this please tweet @hornydotmoe and let me know.

Like lots of unity games, this one falls victim to some good old fashioned fabric glitches 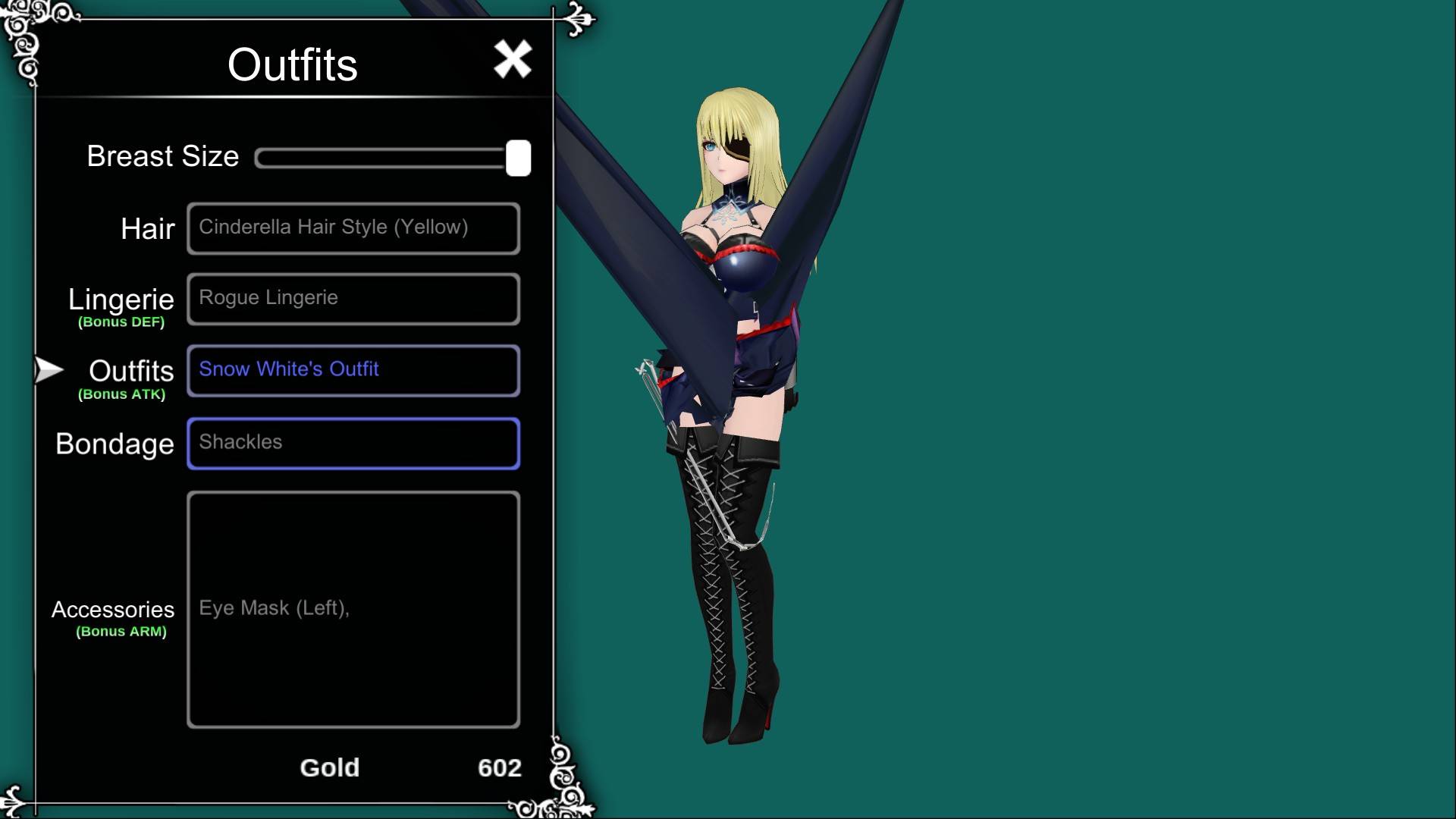