You may not want to escape!

Released May 2020 on steam and itch.io by Team Tailnut. The game is free to play with paid DLC available. 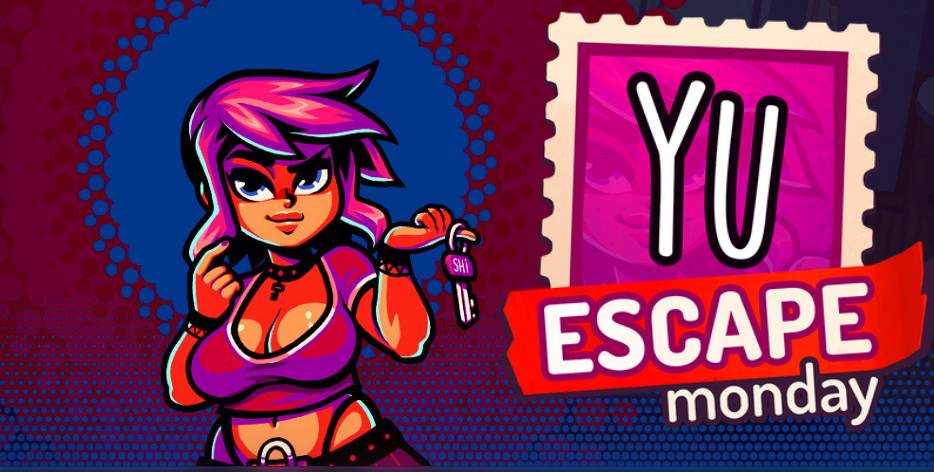 You play as Yu. As Yu, you try to escape your apartment which you find Yu has been trapped in by your escape room obsessed Girlfriend Shi. Shi has offered you succulent, sweet and sopping wet fruit salad if you can escape, as well as sexy sex.

The game space and game itself is very small. It all takes place in a single screen as you move Yu around the studio apartment trying to solve little puzzles to get key clues to unlock the big combination lock that has been placed on the kitchen. 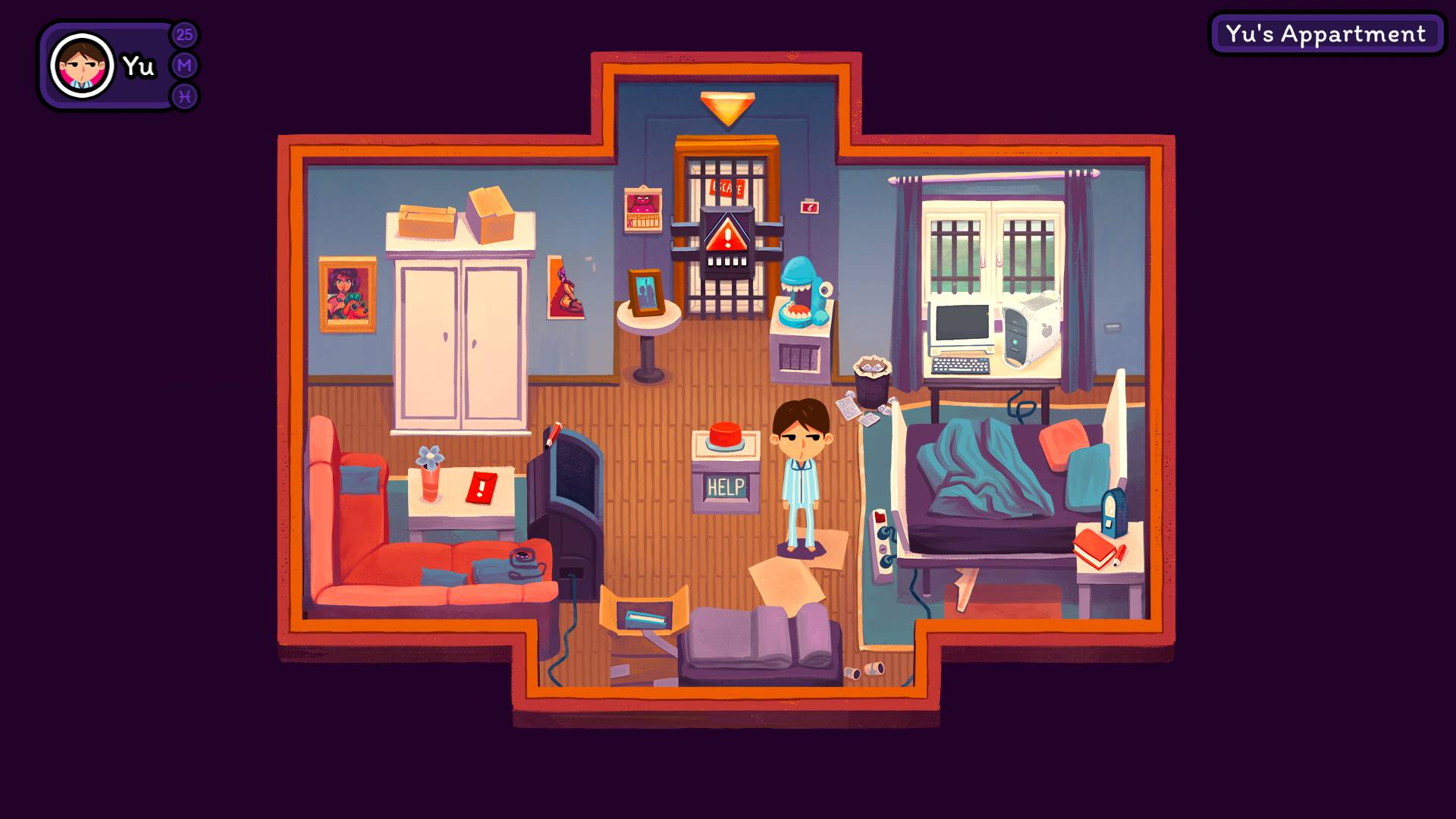 Though it is a short game, the price reflects it well, the game once again is free to play, though there is an optional DLC pack that can be purchased. The Shi’s SEXtra Supporter pack adds in a few extra little bits and boobs, to be more specific the ability to find 12 stamps with lewd poses of Shi in cosplay on them. Once the DLC is purchased you are given a set of hints to find the stamps which are only findable after the dlc is purchased. While the sexy stamps are well... sexy, the ways to find them are not very fun. One or two of the stamps are cleverly hidden, more than one requires just interacting with one item multiple times in a row.

While I enjoyed the art, it felt like a bit of a high price for what boiled down to little change in gameplay. But since the game on its own was free, I felt it was a very fair price for the whole Shi-bang.

As a puzzle game I felt it was pretty good, pretty standard escape room game stuff, interacting with one item to get something that you can interact with another with. Though a couple of the puzzles were a bit tricky and definitely stumped me for longer than I want to admit. But I never felt like the puzzles were impossible or the solutions obtuse. 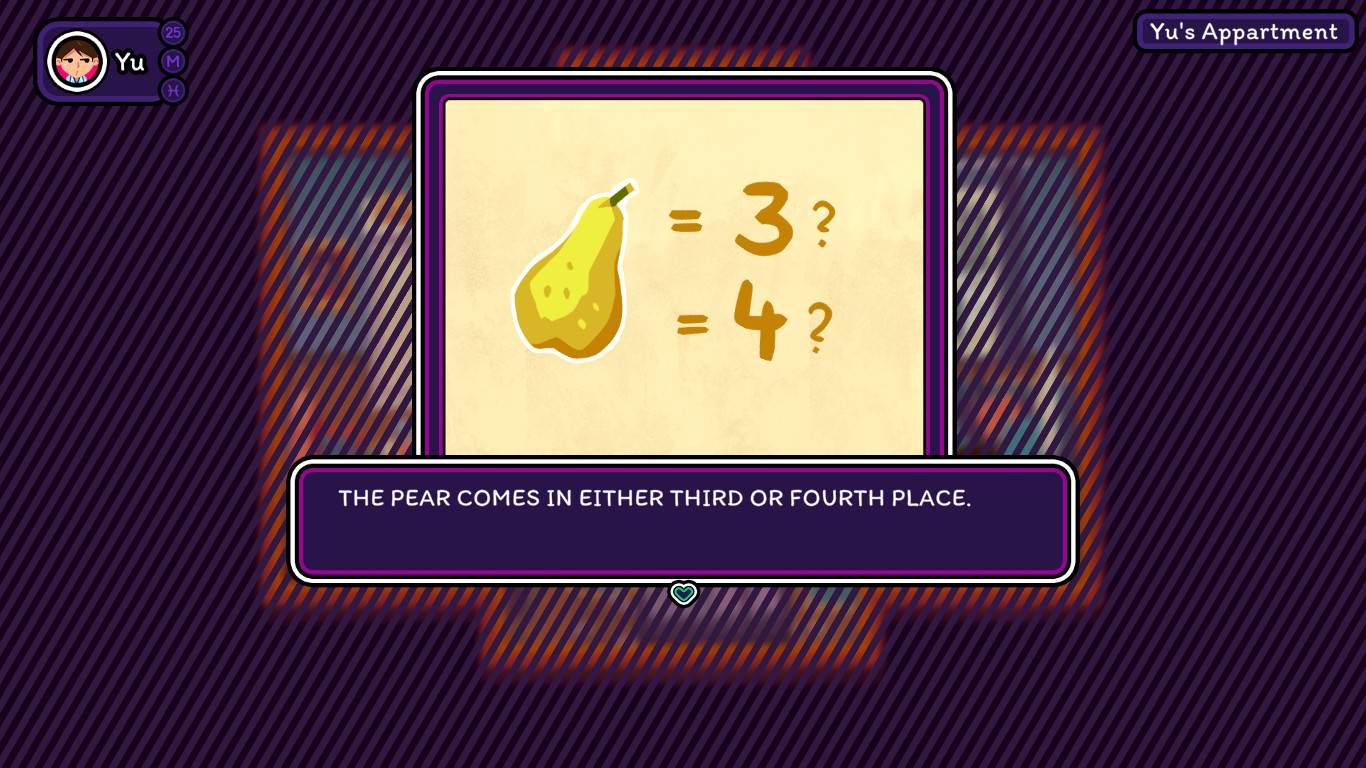 There is fun text narrator who delivers much of the flavor throughout the game. As well the writing of the one sex scene of the game is very light hearted and enjoyable. Not to diminish the art in the game, but I felt that the writing, especially of the narrator did a lot of the heavy lifting in this game. Giving the characters simple, but fun personalities.

As the fruit bowl settles, I think it is fair to say that this is a good game. Not by miles mind you, the controls are stiff and the puzzles are a little obtuse at times. But it’s short, sexy, free, and has character throughout. I look forward to playing the rest of the weekdays whenever they are released.