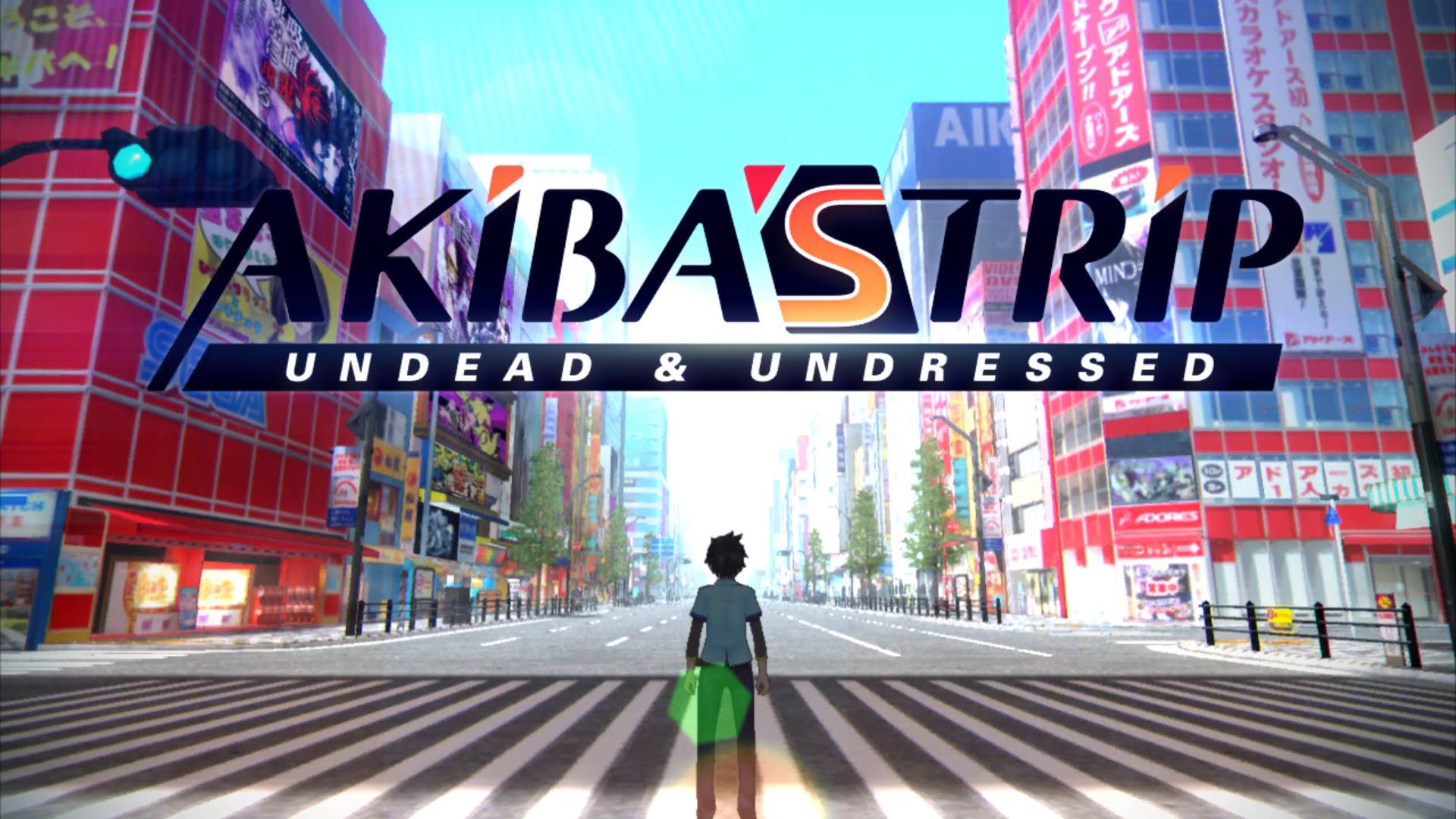 You are charactername! (In my case the name was Honry) and you're an otaku. You answer a job ad that promises payment in anime figurines, but when you show up, they turn you into a Synthister! Synthisters are people are overcome with material greed. They lose all control and attack people without cause. The only way to stop a Synthister is stripping off their clothes and letting the sun turn them back into humans. (vampire rules)

Before you turn into a Synthister, you're saved by Shizuku Tokikaze. Shizuku has a mysterious power and is able to save you by kissing her blood into your mouth (pretty cool). You take her back to the arcade-bar that you hang out at and introduce her to your otaku friends and sister. Together you decide to do everything you can to save Akihabara from this looming threat.

You move through this game in the streets of Akihabara. There's plenty of people walking around, lots of shops to check out, and maids handing out flyers for their cafes. The world feels good to move through, and fast travel unlocks any time you go to a new section of the map. This is one of the mechanics I appreciate the most, because I hate it when games force me to backtrack. Similar games sometimes use taxis to make fast travel more realistic, but that tends to reduce the convenience. 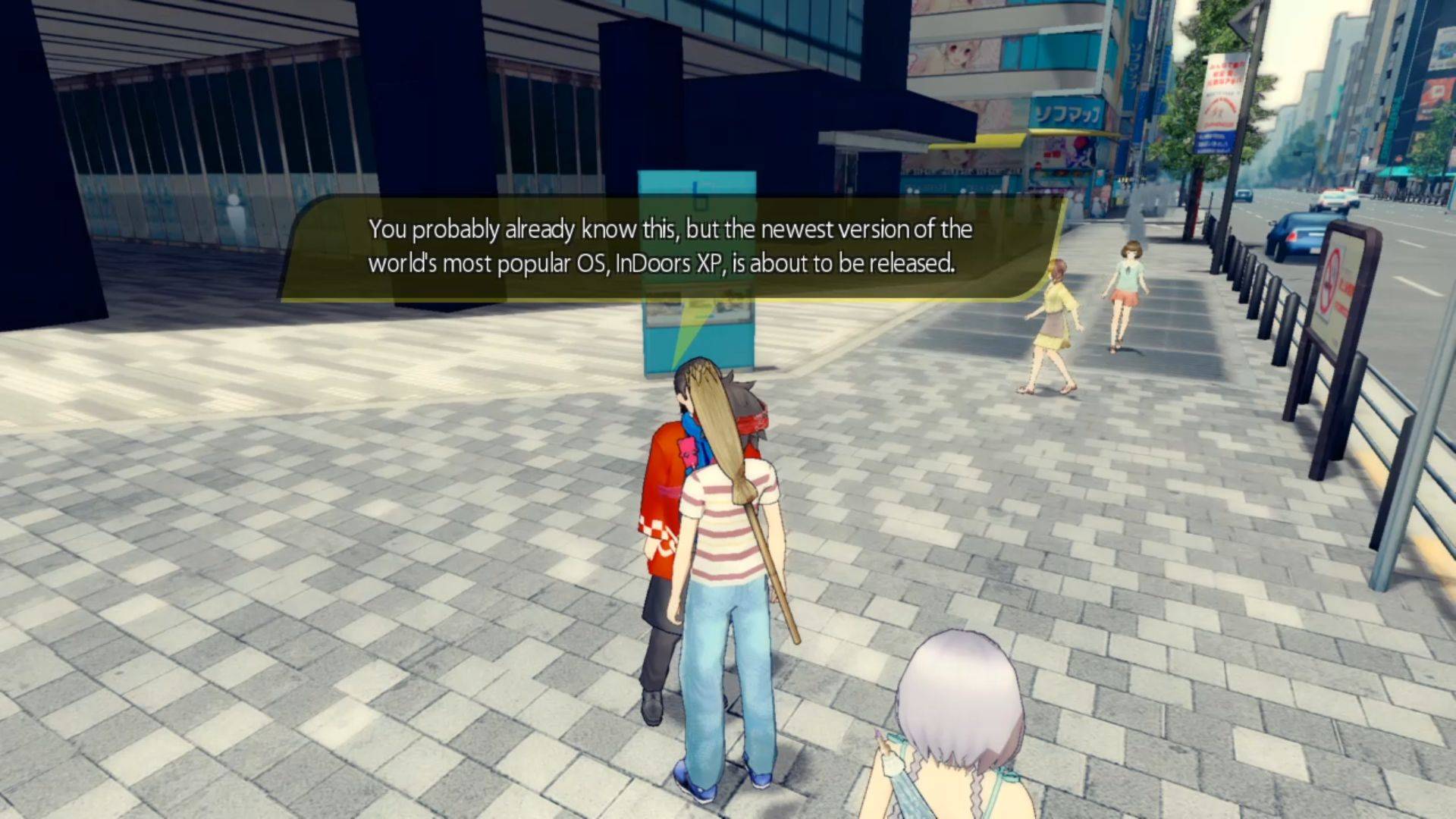 Most of the game revolves around the combat. This is what you'll be doing for most story missions and most side missions. The combat can get a little repetitive since there aren't combos or new moves to speak of. You attack high, medium, and low until the enemies' clothes get damaged enough that you can strip them. The animation for stripping changes depending on items you equip. Many of the moves are references to other anime and videogames. Despite the inherent horniness of stripping enemies to defeat them, it's surprisingly modest. The camera doesn't dwell on characters once they're stripped. There's also no difference between stripping male or female characters. The only exception is that when you strip other main characters you get a special image shown on screen. 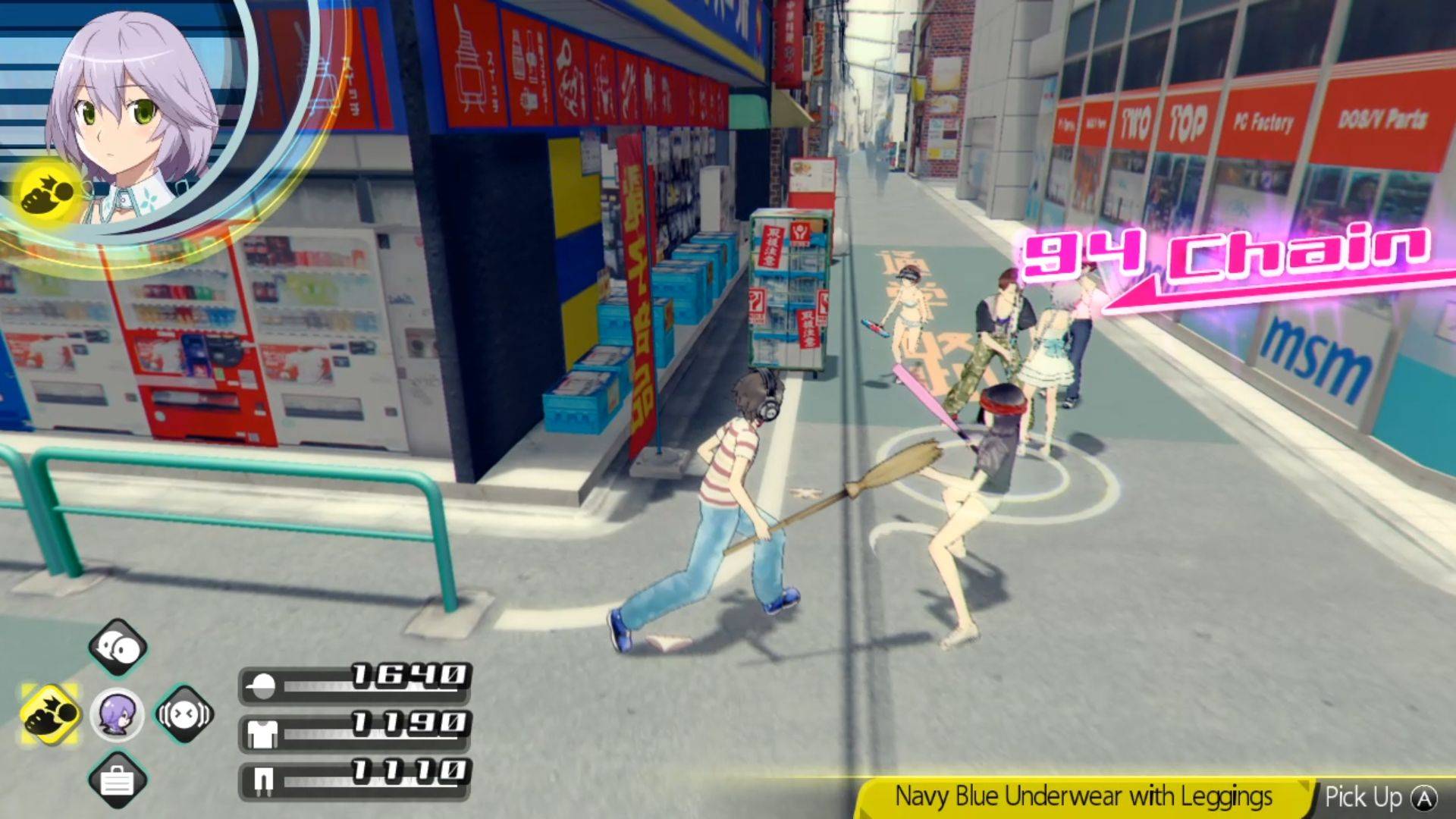 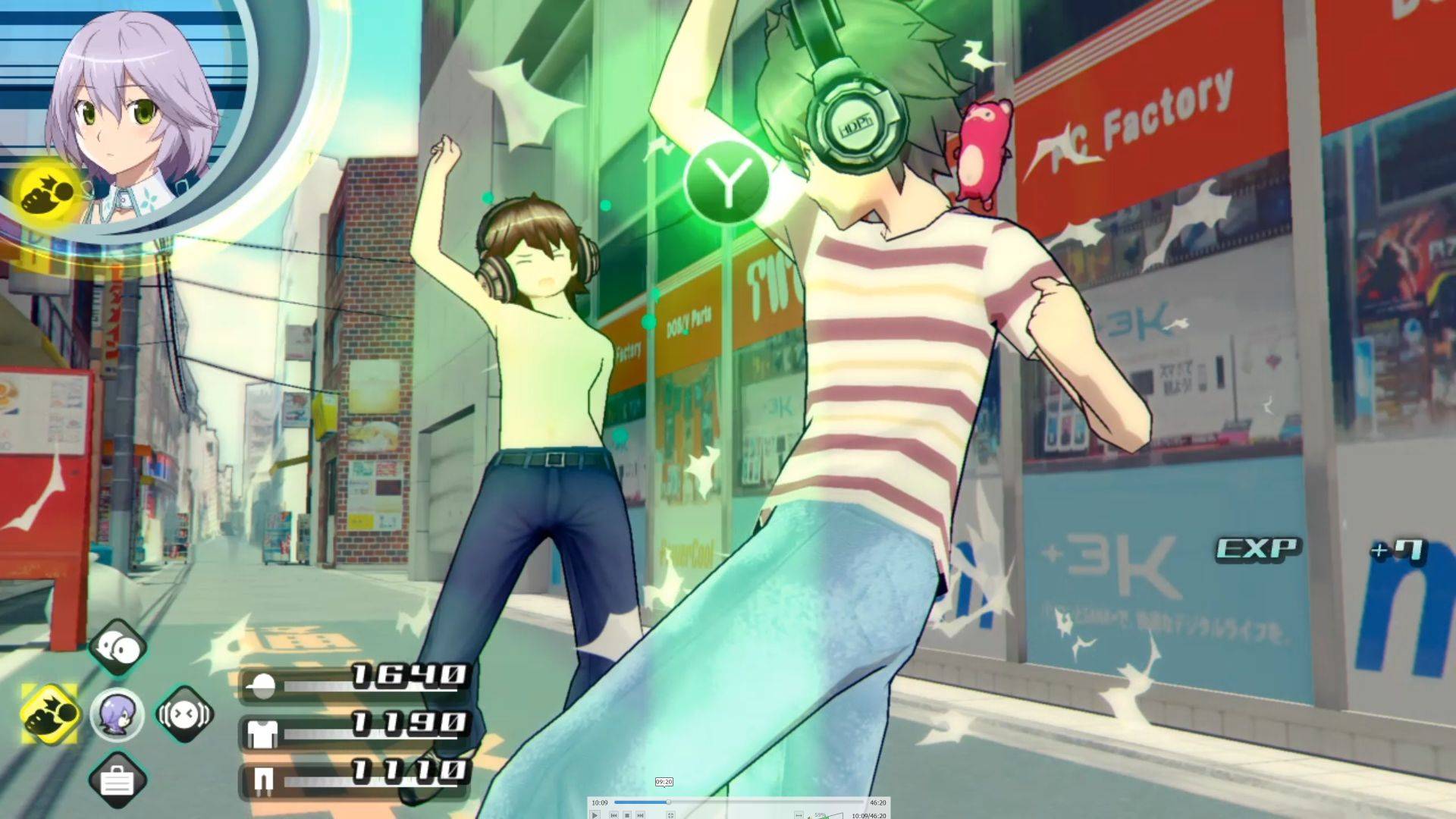 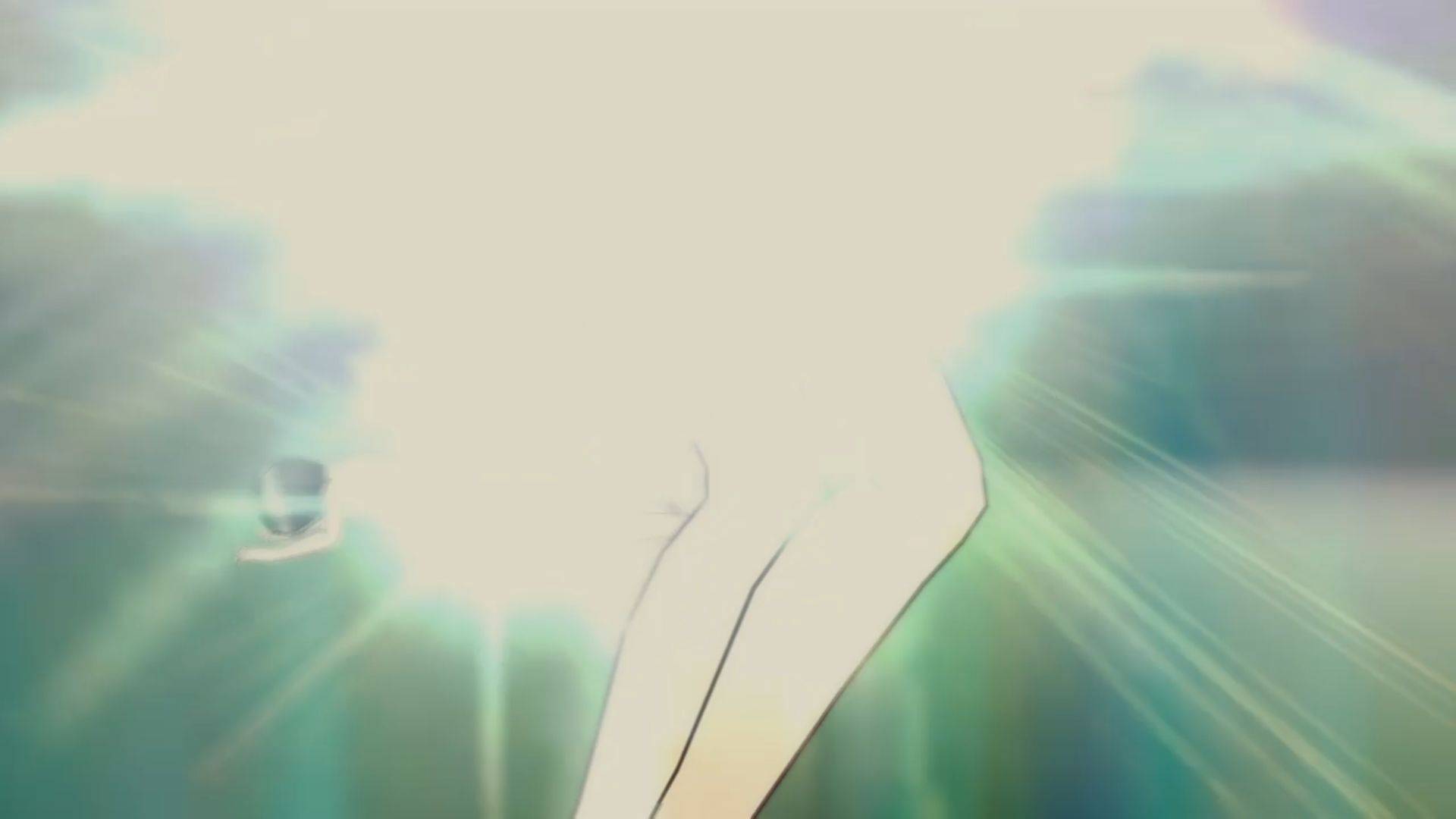 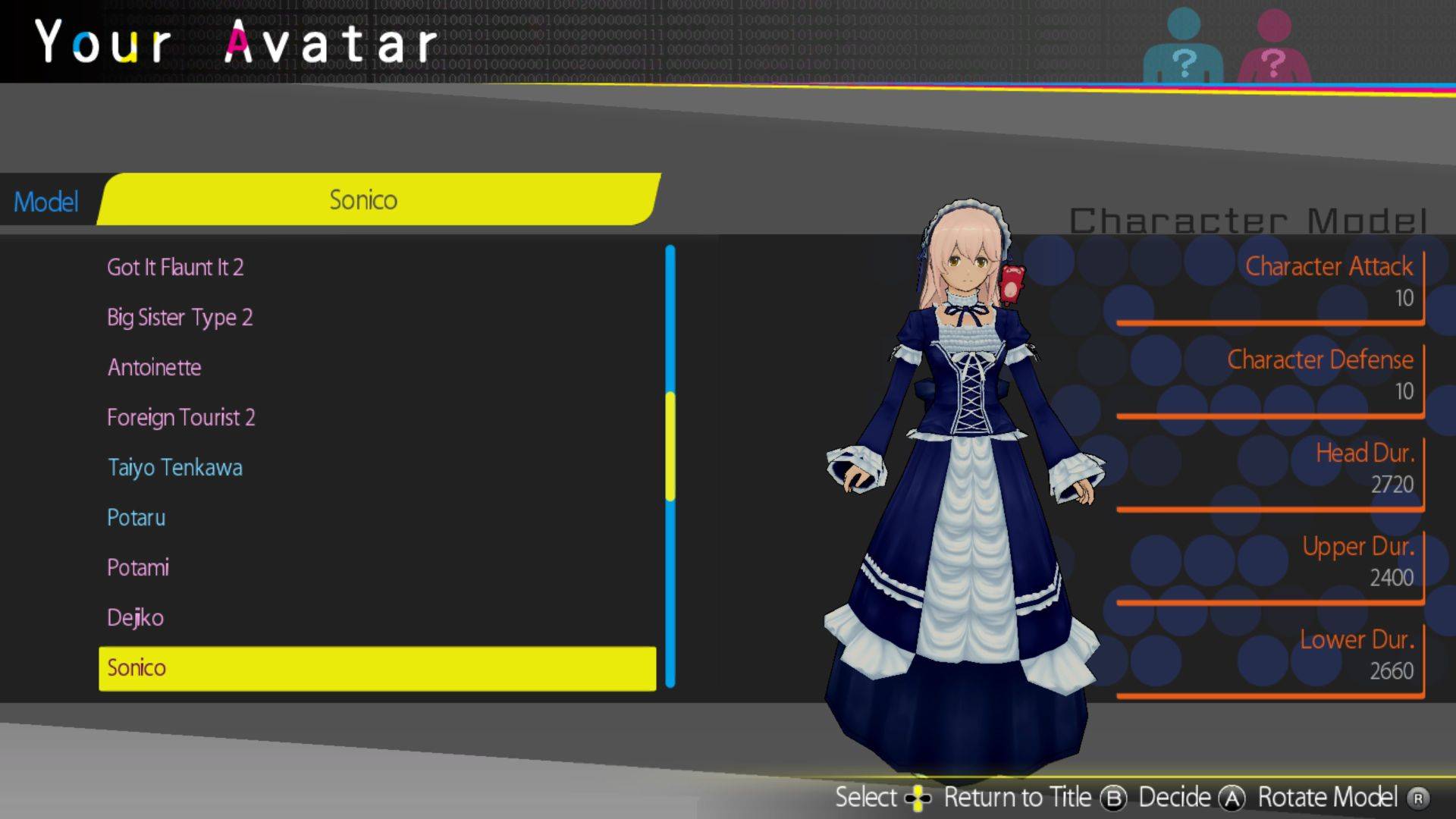 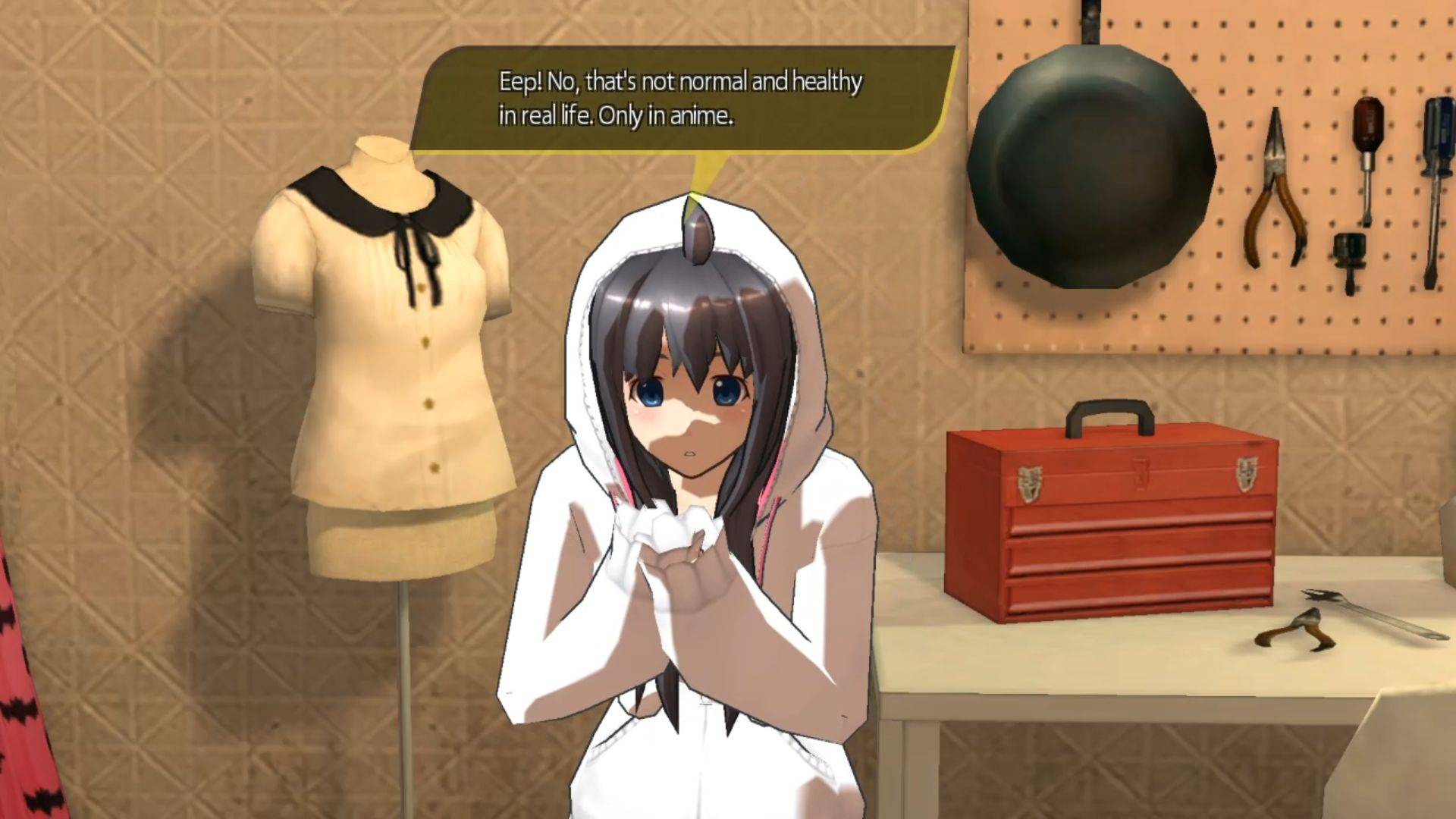 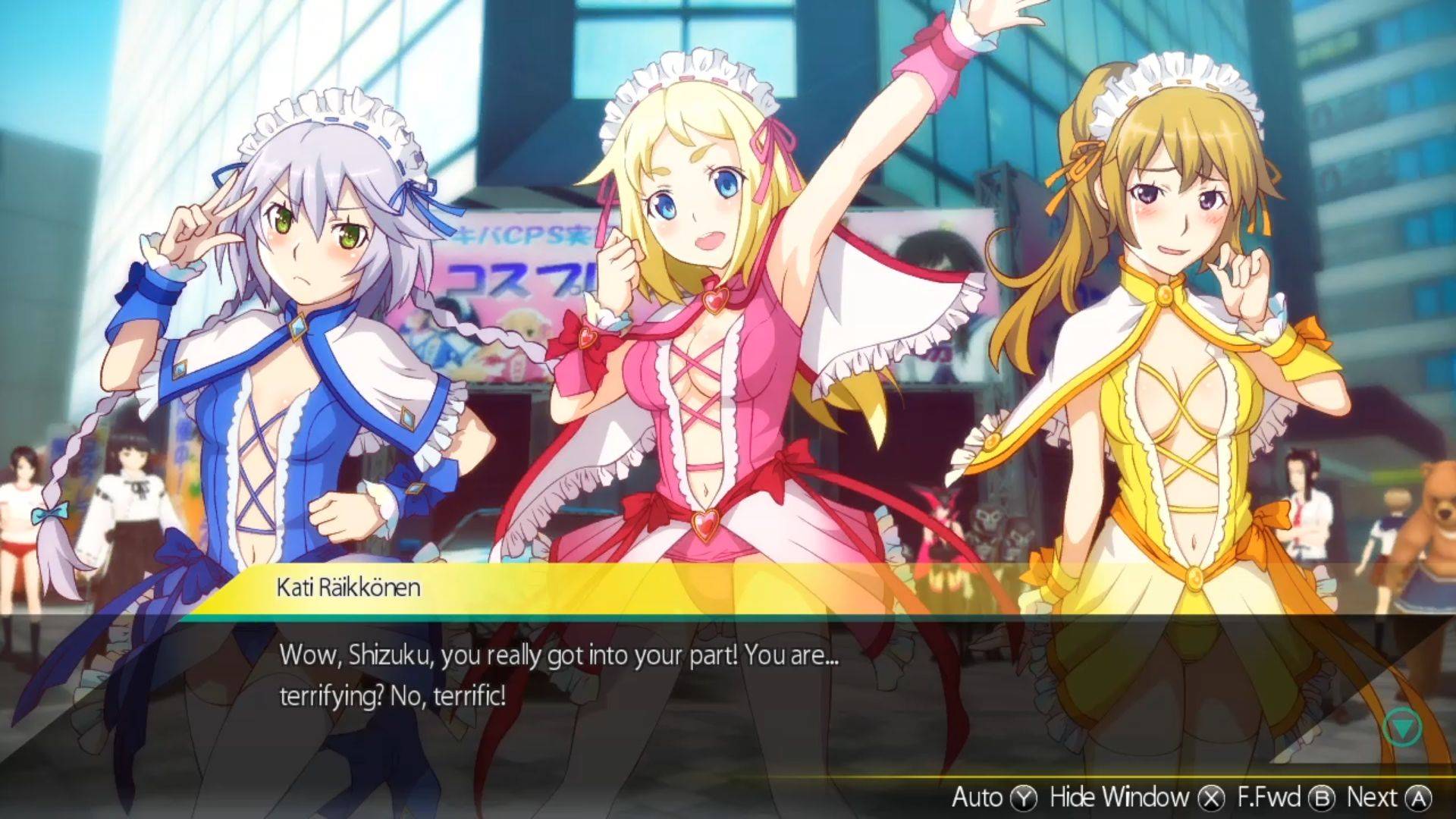 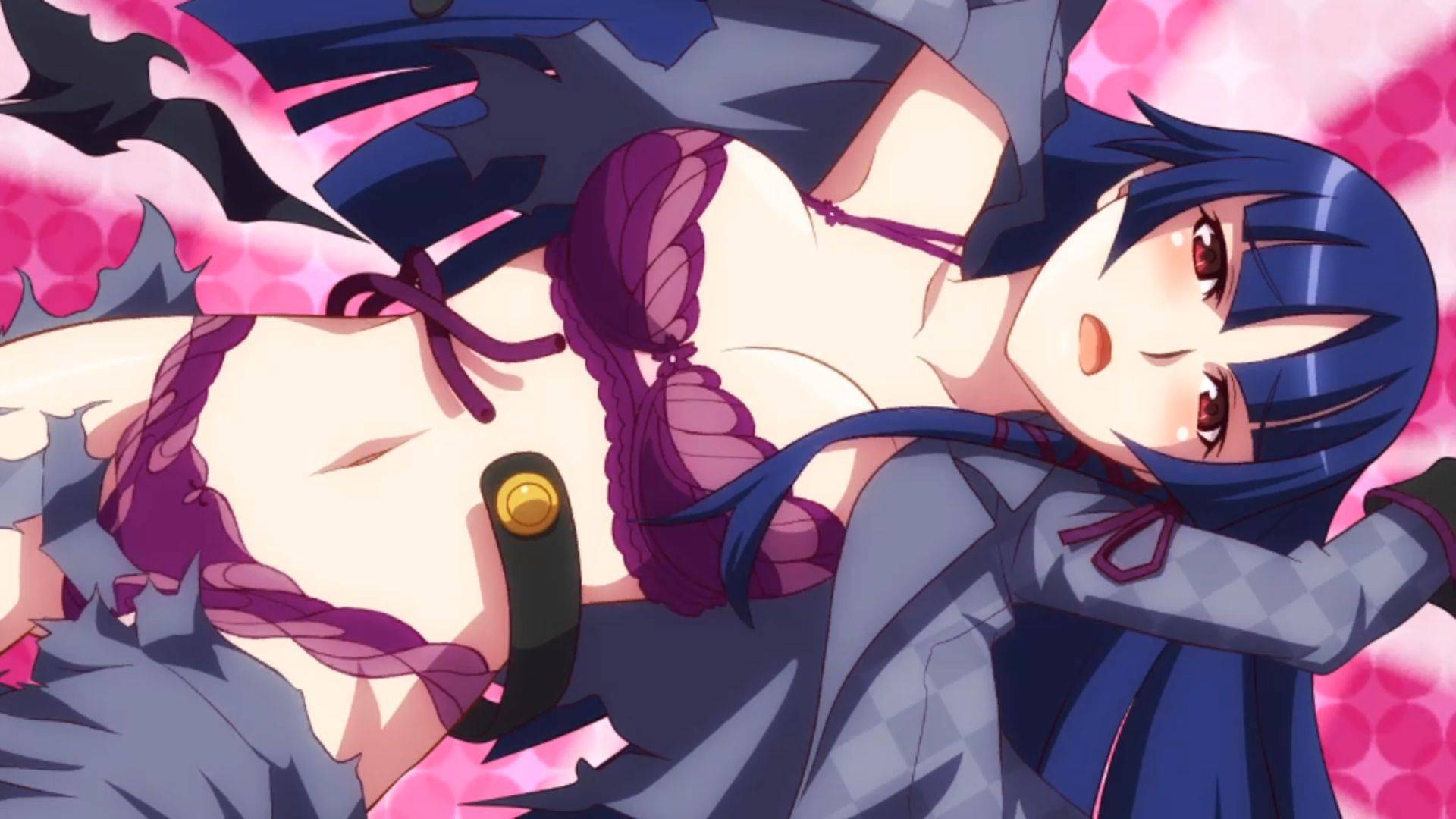 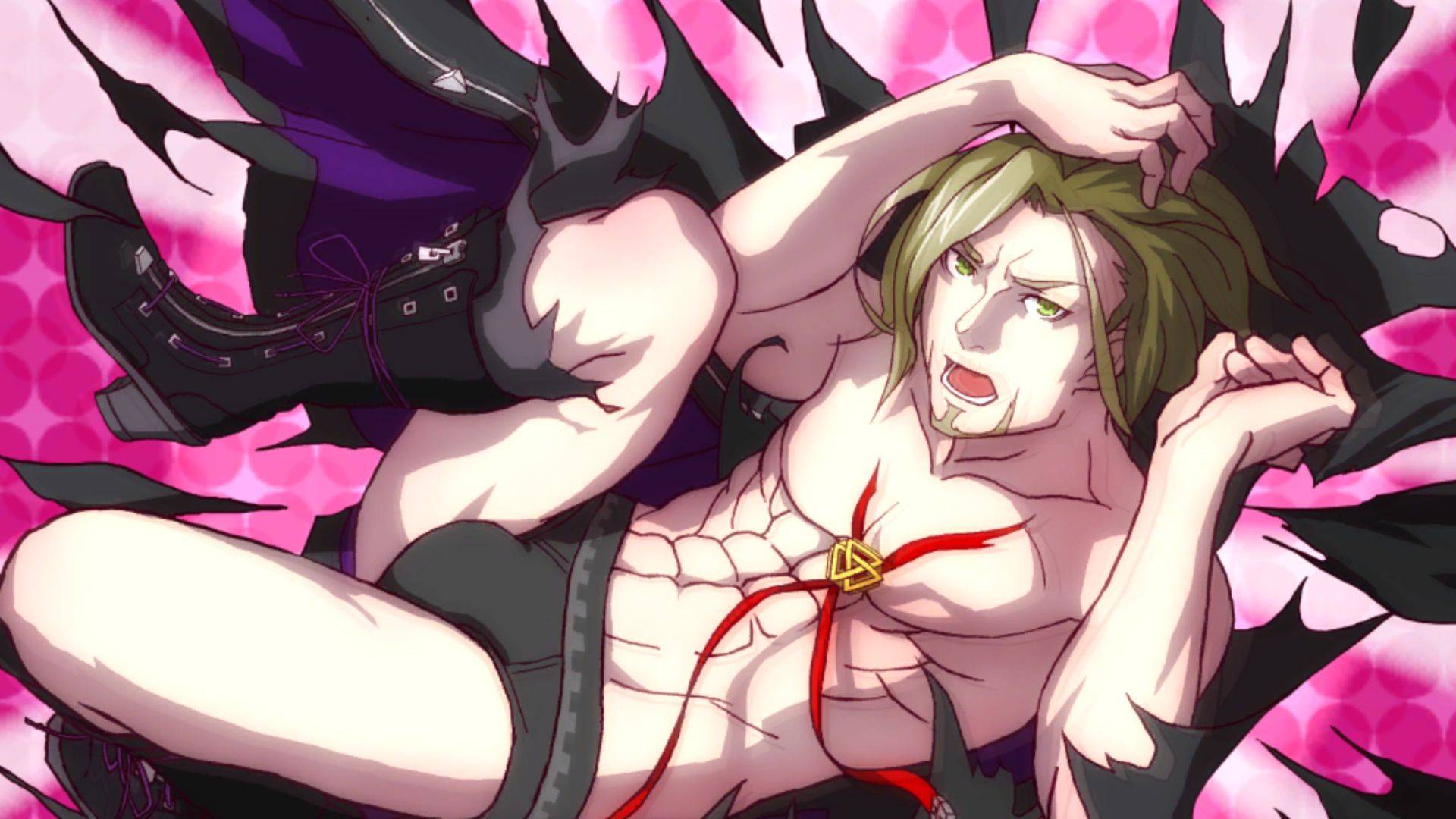 It would be disappointing if nothing special happened when stripping a main character. Luckily that's not the case. When you strip one of these characters, some art of them being exposed is flashed on the screen for a second. Blink and you might miss it! You can set the image to your phone background once you've successfully stripped them.

Additionally, stripped characters will remain that way during their post-battle dialogue. 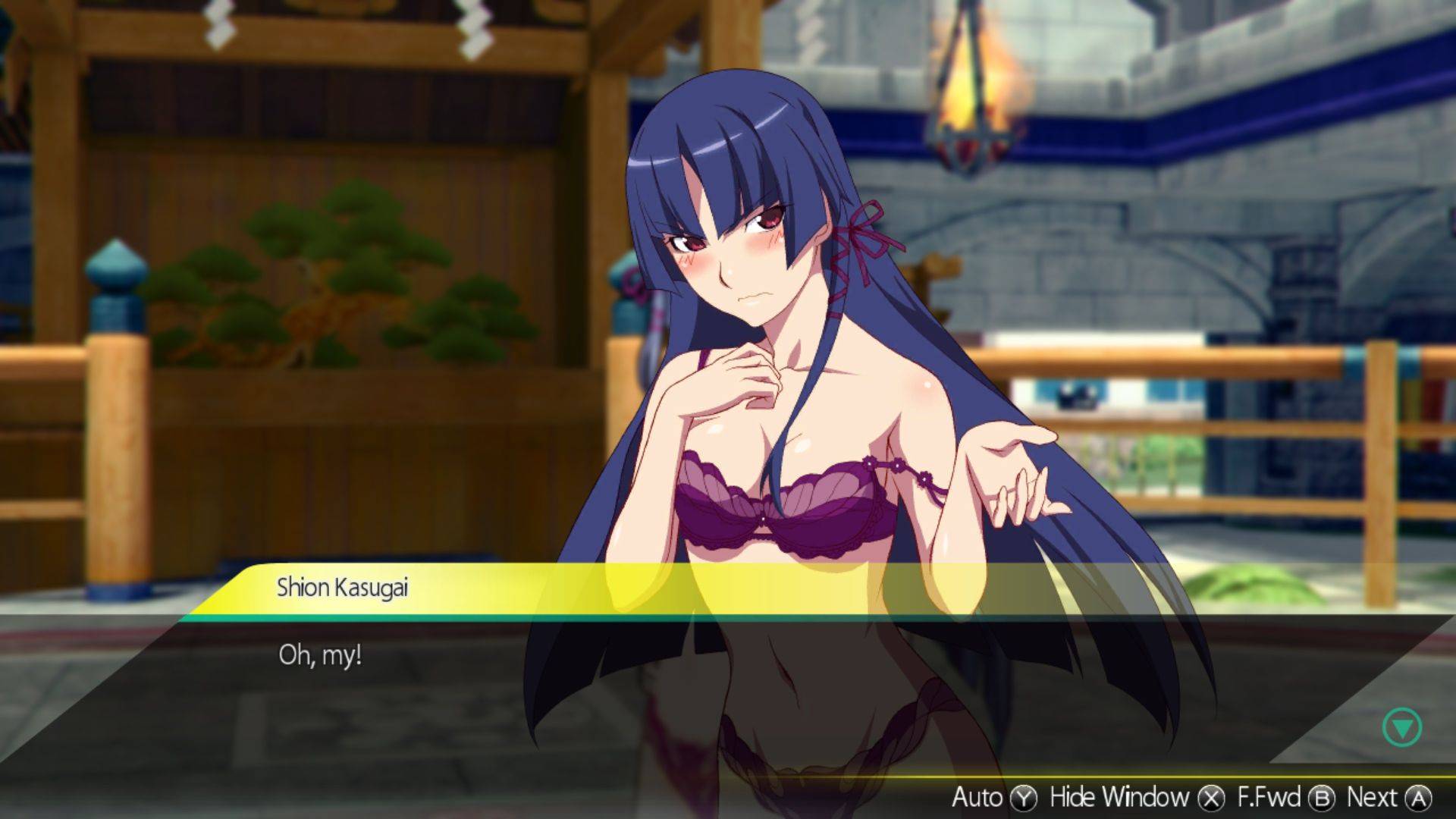 This game has a lot of fanservice, but is far less hornier than I anticipated. Akiba's Trip reads much more like a love letter to Akihabara than just another a jerk-off game. (Not that there's anything wrong with jerk-off games). I appreciate that there's no difference between striping men and women. Regardless of gender all mob goons get stripped to little fanfare, and all main characters get a sexy image.

While you have to play a man the first time, There is a variety of characters of varying strengths to partner up with. It's a weirdly wholesome game.